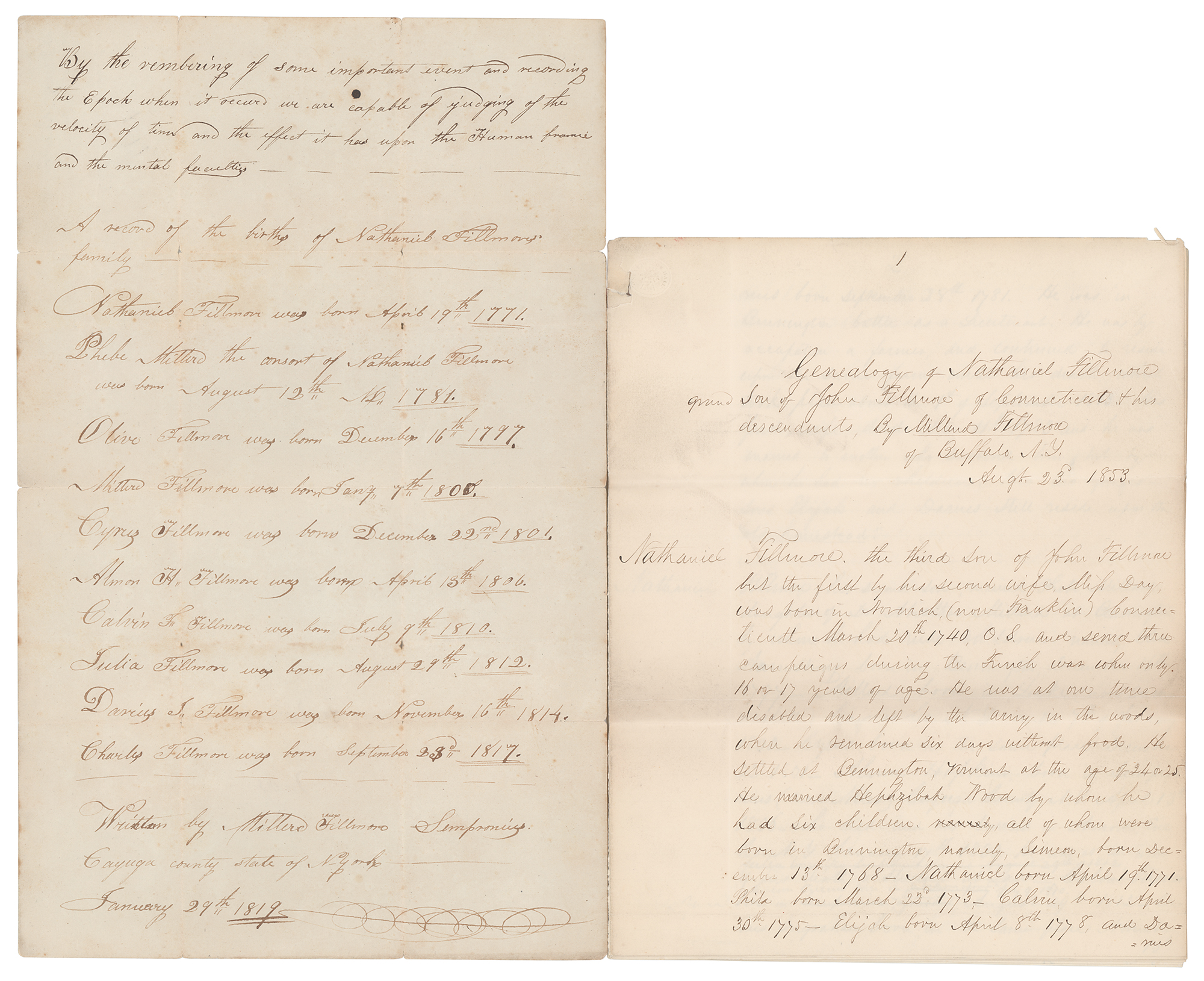 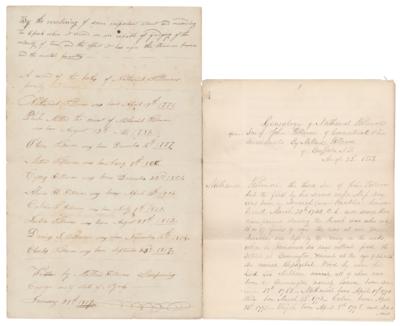 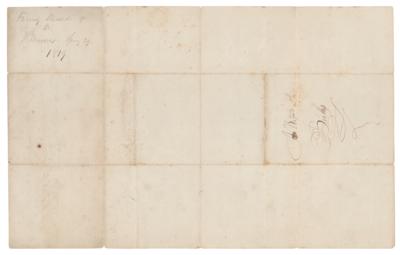 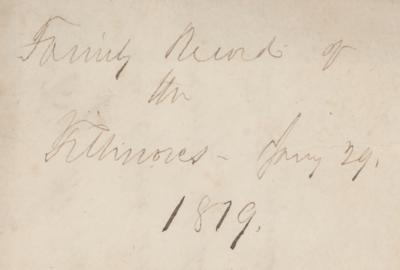 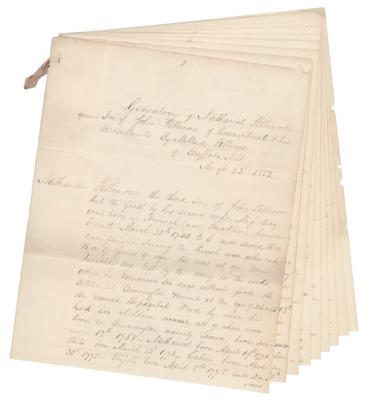 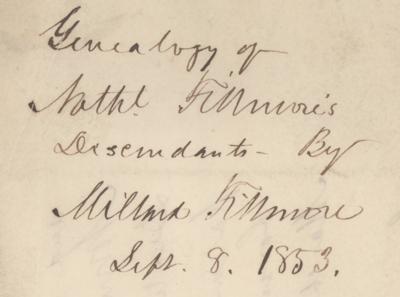 The second, more detailed manuscript was penned by Fillmore five-and-a-half months after leaving the presidency on August 23, 1853, 10 total pages (the majority bound with original upper pink ribbon), 7.75 x 9.75, is signed three times in full: within the header, “Genealogy of Nathaniel Fillmore grand son of John Fillmore of Connecticut & his descendants, By Millard Fillmore of Buffalo, N.Y.”; within the text on the sixth page, “Millard Fillmore,” who notes the names and professions of his children, Millard and Mary; and in the docket on the reverse of last page: “Genealogy of Nath’l Fillmore’s Descendants, By Millard Fillmore, Sept. 8, 1853,” with Fillmore signing with his initials below: “Sent substance to Dr. Ashbel Woodward. M. F.” In overall very good to fine condition, with partial separations to fragile folds of earlier document, and wear to upper left corner of some pages of the later document.