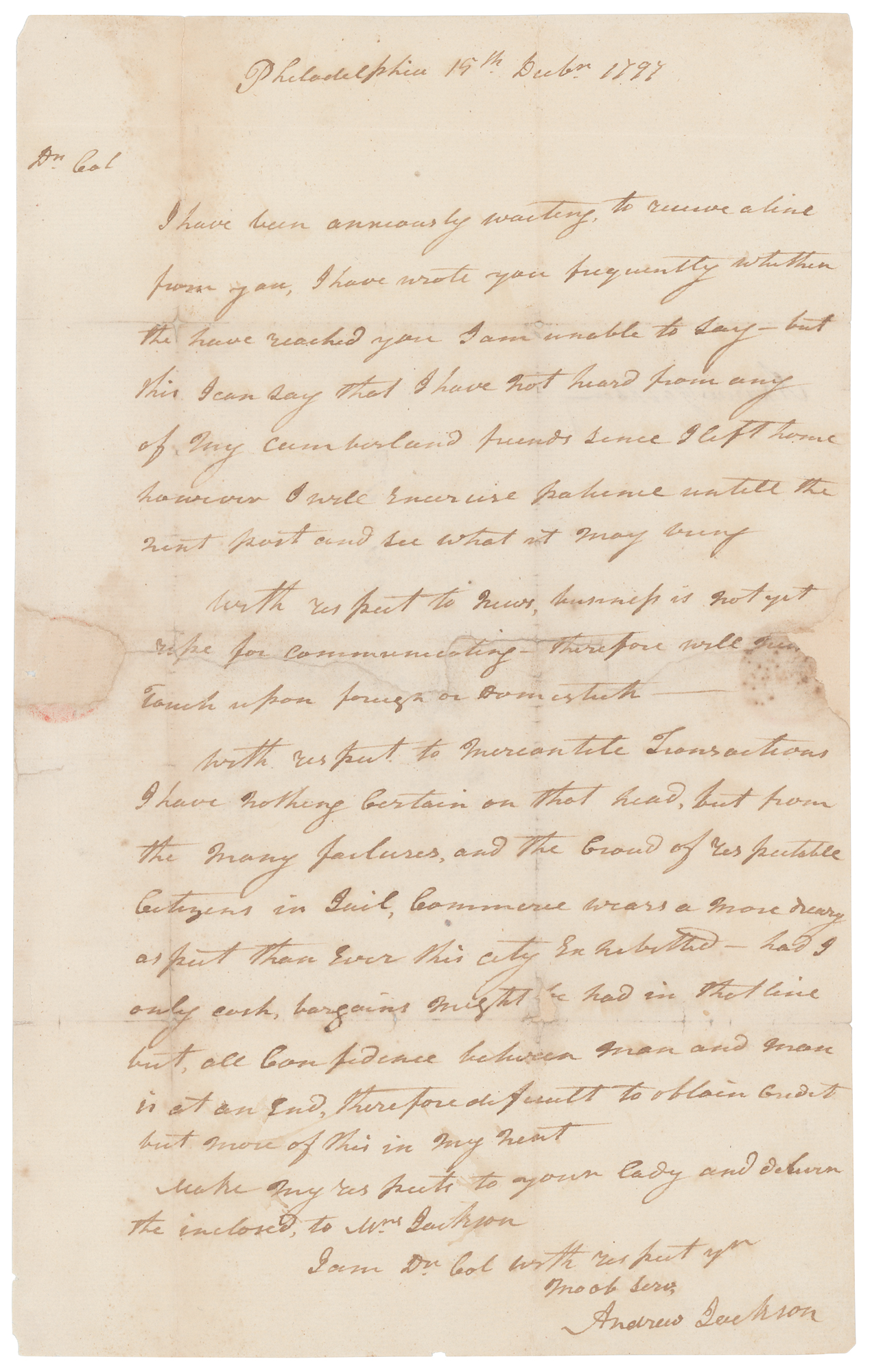 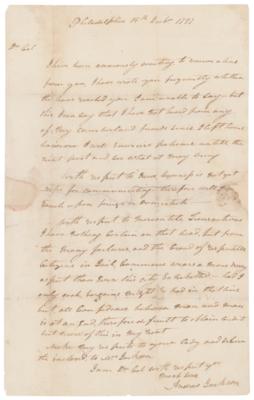 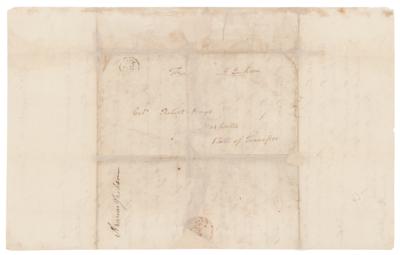 ALS as a Tennessee senator, one page, 7.75 x 12.5, December 19, 1797. Addressed from Philadelphia, a handwritten letter to his friend Colonel Robert Hays, in part: “I have been anxiously waiting to receive a line from you. I have wrote you frequently whether they have reached you I am unable to say—but this I can say that I have not heard from any of my Cumberland friends since I left home however I will exercise patience until the next post and see what it may bring. With respect to news, business is not yet ripe for communicating—therefore will [not] touch upon foreign or domestick. With respect to Mercantile Transactions I have nothing certain on that head, but from the many failures, and the crowd of respectable citizens in Jail, Commerce wears a more dreary aspect than ever…had I only cash, bargains might be had in that line but, all confidence between man and man is at an end, therefore difficult to obtain credit…Make my respects to your lady and deliver the inclosed to Mrs. Jackson.” In very good to fine condition, with some light staining, and professional repairs to fold splits and seal-related paper loss. Accompanied by the original mailing envelope addressed by Jackson, who adds his franking signature to the upper left corner: "Free, A. Jackson."

When Tennessee was admitted to the Union in June 1796, Jackson served as the state’s first and only representative for less than a year before his resignation and subsequent election into the Tennessee senate in September 1797. This position and its haughty atmosphere, likewise, did not appeal to the 30-year-old Jackson, who, again, resigned less than a year later. Moreover, his swift departure was hastened by a personal financial reversal, of which this letter quite plainly infers, no doubt caused by the Panic of 1796-1797, a crisis that resulted in the collapse of many prominent merchant firms in Boston, New York, Philadelphia, and Baltimore, and the imprisonment of many American debtors.