Rutledge recognizes Laurens in an important handwritten letter from 1777: "Give me Leave to congratulate you, on being elected President of Congress" 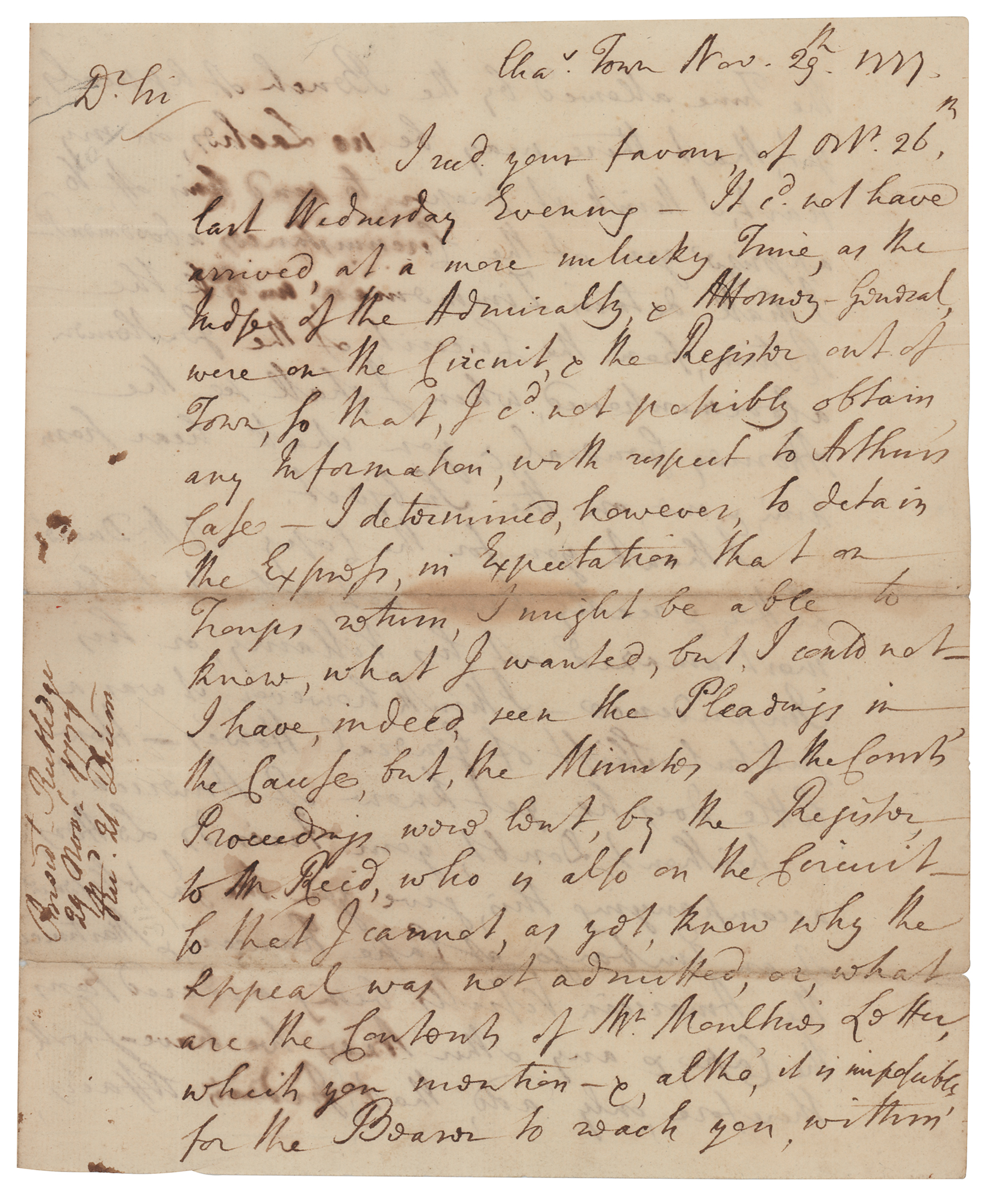 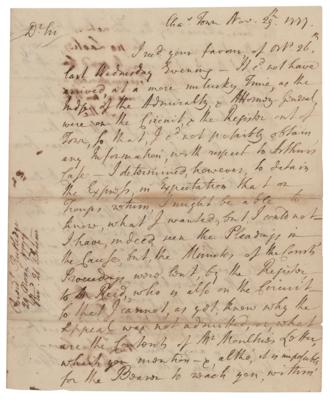 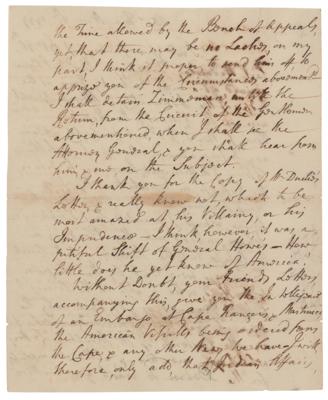 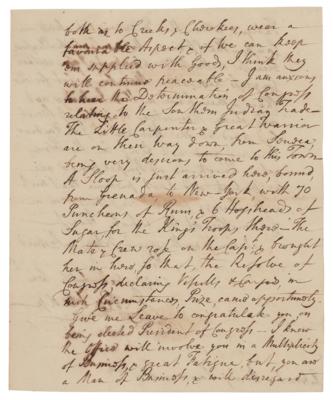 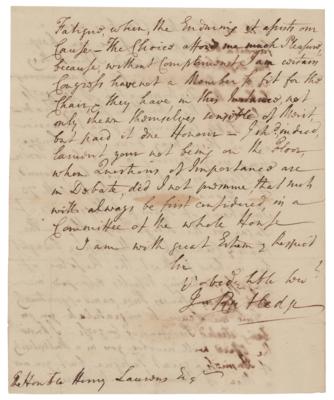 Rutledge recognizes Laurens in an important handwritten letter from 1777: "Give me Leave to congratulate you, on being elected President of Congress"

Statesman (1739-1800), who served as the first governor of South Carolina following the signing of the United States Constitution, and was the second chief justice of the Supreme Court. Significant Revolutionary War-dated ALS signed “J. Rutledge,” four pages on two adjoining sheets, 7.5 x 9, November 29, 1777. Letter to newly elected president of the Continental Congress, Henry Laurens, providing details of a legal matter, news of the Revolution, dealings with Native American Indians, and congratulating him on his new position. In part: "I cannot as yet know why the appeal was not admitted, or, what are the contents of Mr. Moultries Letter…I thank you for the copy of Mr. Dudlie's letter & really know not which to be most amazed at, his Villainy, or his Independence.—I think however, it was a pitiful shift of General Howe's—How little does he yet know of America! Without Doubt, your Friends Letters…give you the Intelligence of an Embargo at Cape Tancers and Martinique, the American Vessels being ordered from the Cape, & any other News we have—I will therefore, only add, that Indian Affairs both as to Creeks & Cherokees, wear a favorable Aspect, & if we can keep 'em supplied with Goods, I think they will continue peaceable. I am anxious to hear the Determination of Congress relating to the Southern Indian Trade—The Little Carpenter & Great Warrior are on their Way down, from Sondea, being very desirous to come into this Town. A Sloop is just arriving here, bound from Grenada to New York with 70 Puncheons of Rum & 6 Hogsheads of Sugar, for the King's Troops here. The Mate & Crew rose on the Captn, & brought her in here, so that The Resolve of Congress, declaring Vessels & Cargoes, in such Circumstances, Prize, came opportunely. Give me Leave to congratulate you, on being elected President of Congress—I know the Office will involve you in a Multiplicity of Business & great Fatigue, but, you are a Man of Business, & will disregard Fatigue, when the Enduring it assists our Cause—The Choice affords me much Pleasure, because, without compliment, I am certain Congress have not a Member so fit for the Chair, & they have, in this Instance, not only shewn themselves sensible of Merit, but paid it due Honour. I should indeed lament your not being on the Floor, when Questions of Importance are in Debate, did I not presume, that such will always be first considered, in a committee of the whole House." In very good to fine condition, with some scattered light staining. Accompanied by a custom-made quarter-leather folder.

Laurens, a fellow South Carolinian merchant, served as president of the Continental Congress from November 1, 1777 to December 9, 1778. In the fall of 1780, as he returned from successfully negotiating support for the war with the Dutch, Laurens was captured by the British and held in the Tower of London. He remained there until December 31, 1781, when he was exchanged for Major General Lord Cornwallis, who had recently lost the decisive Battle of Yorktown.