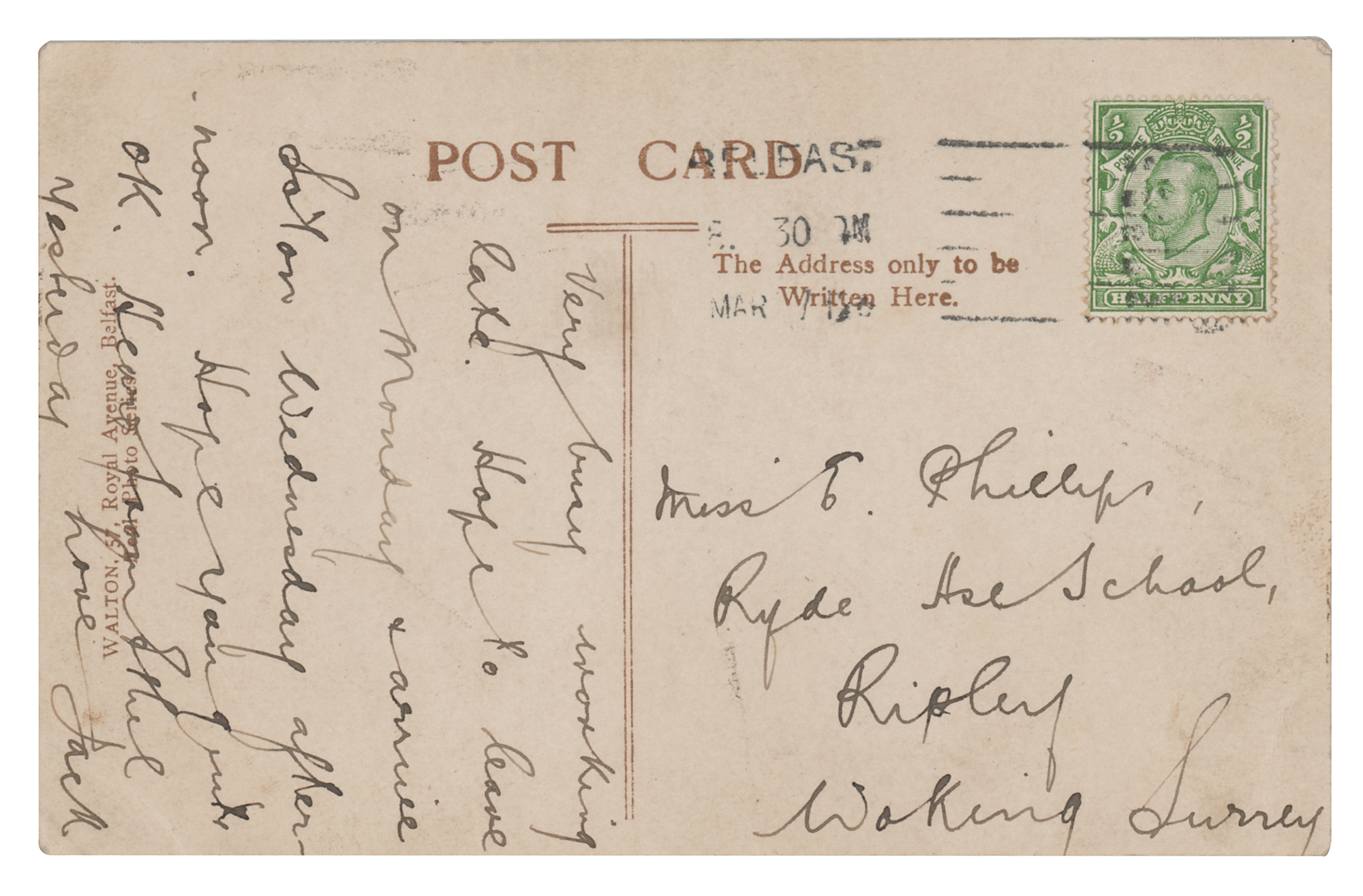 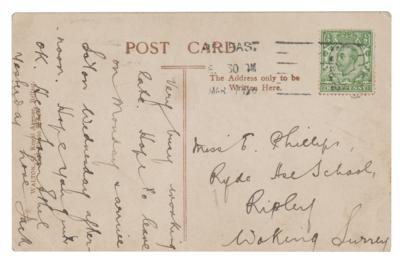 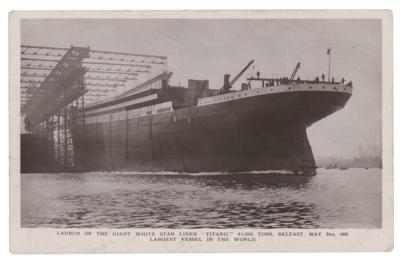 Senior wireless operator on board the Titanic (1887-1912) who was one of the true heroes of the disaster. As the Titanic was sinking, Phillips worked tirelessly to send wireless messages to other ships to enlist their assistance with the rescue of the Titanic's passengers and crew. ALS signed “Love, Jack,” penned on the reverse a glossy 5.5 x 3.5 photo postcard of the Titanic launching at Belfast on May 31, 1911. Postmarked at Belfast on March 7 (no year, but likely 1912 given the postcard image). A handwritten postcard to his sister, Miss Elsie Phillips, in full: “Very busy working late. Hope to leave on Monday & arrive Soton [a nickname for Southampton] Wednesday afternoon. Hope you quite OK. Heard from Ethel yesterday.” Phillips has added in the address panel, “Miss E. Phillips, Ryde Hse School, Ripley, Woking Surrey.” In fine condition. Titanic was completed in Belfast, Ireland, the week of March 27-31, 1912. Its first sea trials began Tuesday April 2, travelling to Southampton, UK on Wednesday, April 3rd. It is believed the word “Saton” was Phillips’s abbreviation/reference for Southampton.

John George (Jack) Phillips turned 25 on board the Titanic. Despite his youth, he was a well-seasoned telegraphist, having learned his trade while working for the post office in 1906. He had served on numerous vessels for the Marconi Company before being assigned to Titanic as Chief Radio Officer. After abandoning ship when water flooded around his feet, he ended up on an overturned collapsible lifeboat where he later died of exposure to the severe cold. Harold Bride (Titanic’s junior wireless operator) always remembered Phillips as ‘the man who saved us all.’

During his career, Phillips kept in frequent touch with his sister, Elsie, and she saved almost 300 postcards he sent to her during this time. This card, however, holds particular significance as it was written in late March 1912, days before Titanic’s sea trials and weeks before her maiden voyage from Southampton to New York, and contains an image of the ship. Phillips often chose postcards which depicted the ship on which he served; according to our research, only five of the 300 postcards retained by Elsie had any relation to Titanic, and only two featured the ship as the front photograph.