Amazing 22K gold moon sculpture created by Louis Osman to honor Apollo 11, from the collection of the Duke of Windsor 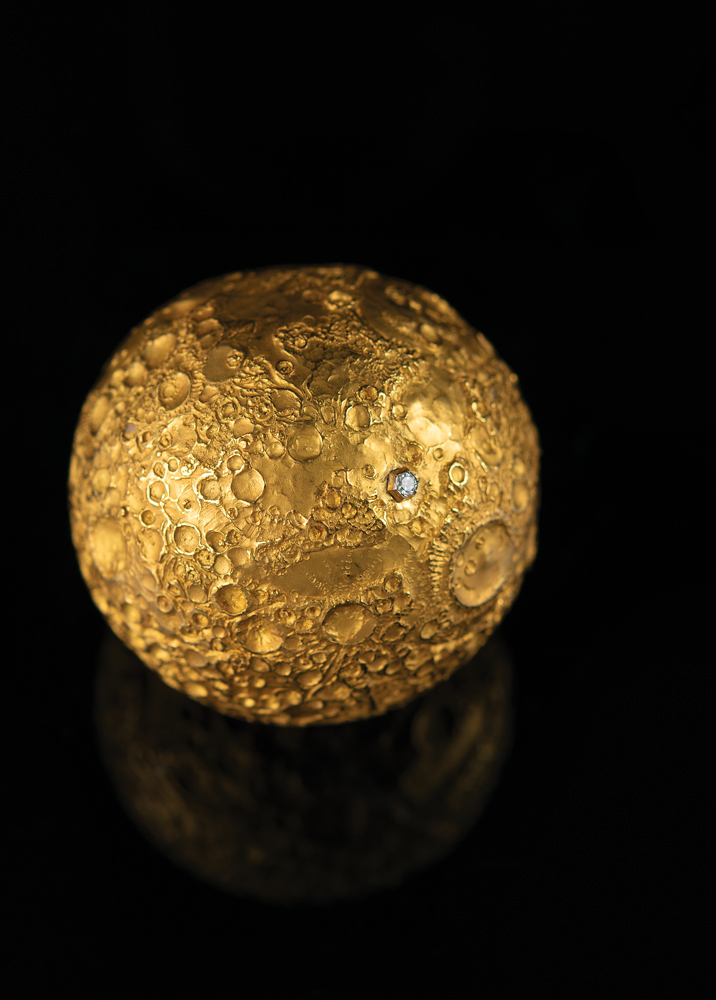 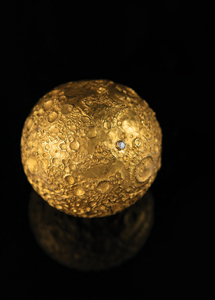 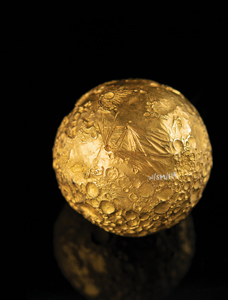 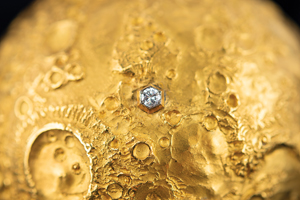 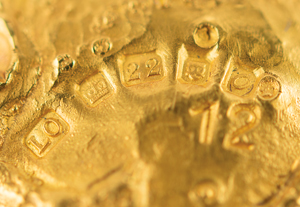 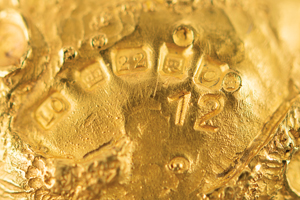 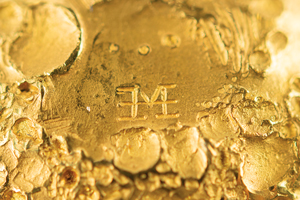 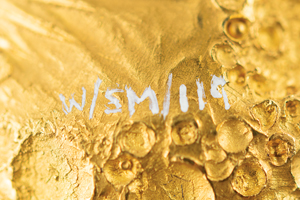 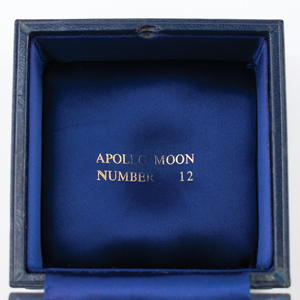 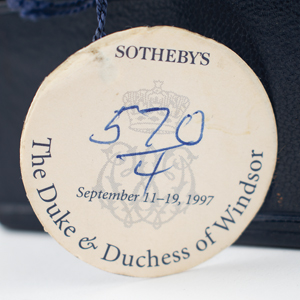 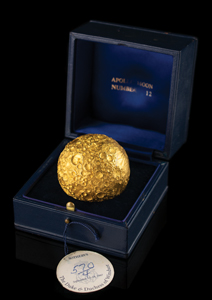 Amazing 22K gold moon sculpture created by Louis Osman to honor Apollo 11, from the collection of the Duke of Windsor

Stunning 22K gold spherical moon sculpture crafted to commemorate the Apollo 11 lunar landings by Louis Osman and Malcolm Appleby, measuring approximately 2.25″ in diameter and weighing 6.85 ounces, with a diamond inset at the Apollo 11 landing site in the Sea of Tranquility. Hallmarked for 22K gold, London, 1969, with Osman's maker's mark and Appleby's monogram. Near the hallmark is the moon's serial number, "12," matching the number stamped inside the lid of its original box ("Apollo Moon Number 12"). The sculpture is incredibly well-done, with the craters of the moon rendered in exquisite detail. In very fine condition, with minor wear to the inner box lid. Provenance: Property of the Duke & Duchess of Windsor, Sotheby's September 11-19, 1997.

In 1969, noted English artist and goldsmith Louis Osman was commissioned by stockbroker Simon Horn to create models of the moon in commemoration of the Apollo landing. Louis decided to make these using the electroforming process he had just perfected during the making of the crown for Charles, Prince of Wales. He asked the engraver Malcom Appleby to work with him and gave him the task of accurately engraving the steel ball, which would be cast as the mold, with the craters of the moon. Complications arose with the electroforming process and the models were never produced commercially as planned. However a small series (between five and fourteen) were produced; this example is number twelve. Newspapers reported that the first four were sent to the United States and ‘presented to Mrs. Rose Kennedy, the mother of the late American President, and the three astronauts, Armstrong, Aldrin and Collins.'

As one-time property of the Duke and Duchess of Windsor, the noteworthy provenance of this piece adds to its impressive history. When the former King Edward VIII went into exile as the Duke of Windsor in 1936 following his abdication, he controversially took with him the Coronet of George, Prince of Wales. Thus, for the 1969 investiture of Charles as Prince of Wales, a new crown had to be created. Louis Osman designed and created the crown using the new electroforming process; until that time, electroforming an object of that size had never been attempted anywhere in the world. Finding success with the method, Osman again utilized it in the creation of these immaculate lunar spheres. Thus, without the Duke of Windsor's 'theft' of the coronet, Osman may never have had the opportunity to refine the electroplating process, and these marvelous moon artworks would not exist.