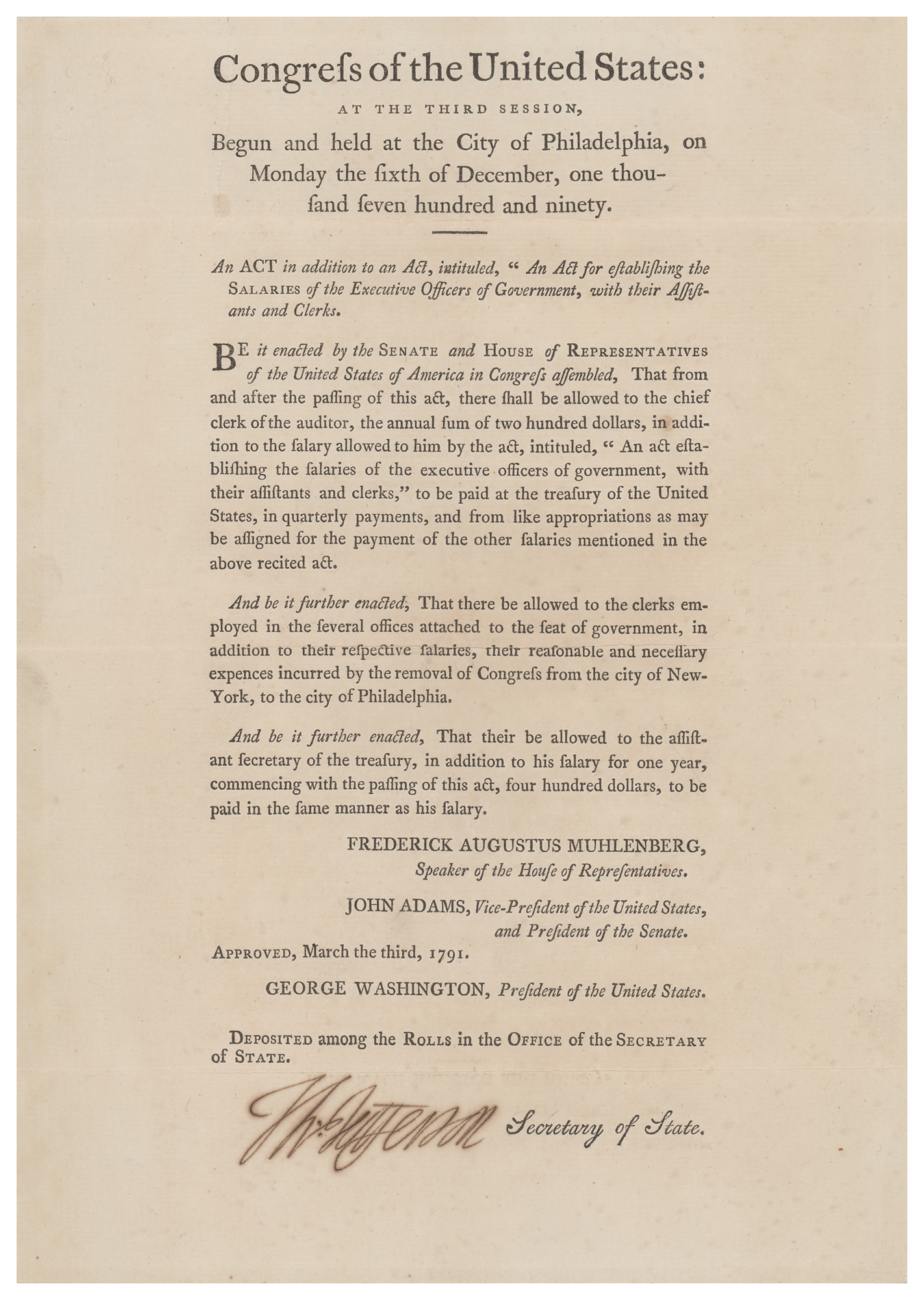 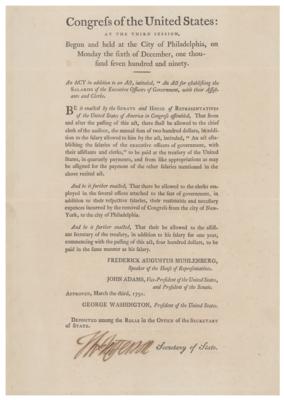 Broadside DS, signed “Th: Jefferson,” one page, 8 x 11.25, March 3, 1791. Broadside publishing an act passed by the Congress of the United States during its Third Session, in part: "An Act in addition to an Act, intituled, 'An Act for establishing the Salaries of the Executive Officers of Government, with their Assistants and Clerks.' Be it enacted by the Senate and House of Representatives of the United States of America in Congress assembled, That from and after the passing of this act, there shall be allowed to the chief clerk of the auditor, the annual sum of two hundred dollars, in addition to the salary allowed to him by the act, intituled, 'An act establishing the salaries of the executive officers of government, with their assistants and clerks,' to be paid at the treasury of the United States…And be it further enacted, That there be allowed to the clerks employed in the several offices attached to the seat of government, in addition to their respective salaries, their reasonable and necessary expences incurred by the removal of Congress from the city of New-York, to the city of Philadelphia. And be it further enacted, That their be allowed to the assistant secretary of the treasury, in addition to his salary for one year, commencing with the passing of this act, four hundred dollars, to be paid in the same manner as his salary." Imprinted at the conclusion with the names of Speaker Frederick Muhlenberg, Vice President John Adams, and President George Washington, and prominently signed below in bold ink by Secretary of State Thomas Jefferson. In fine condition.

The passage of this act provided compensation for clerks in federal offices forced to move from New York to Philadelphia due to the relocation of Congress to that city after its second session, along with enhanced pay for other affected officials. The Residence Act of 1790 designated Philadelphia as the nation's temporary capital, while the new seat of government was being built in the District of Columbia. Philadelphia served as the nation’s capital until 1800, when the federal government moved to its permanent home in Washington, D.C.