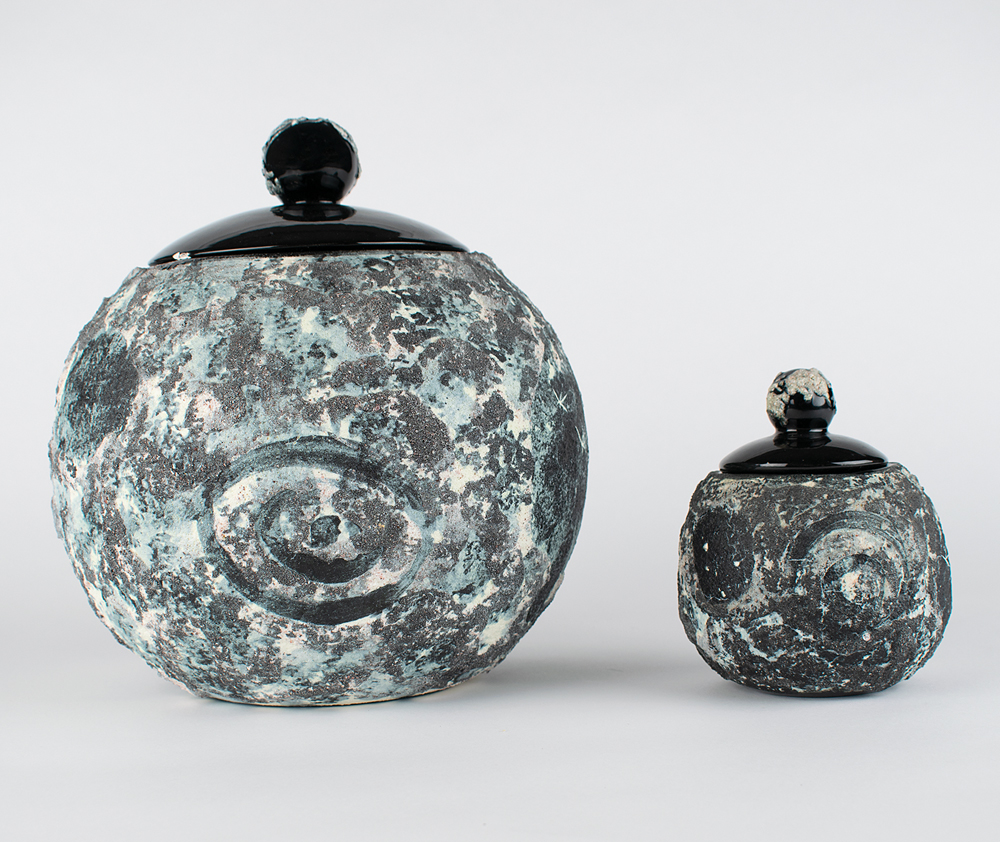 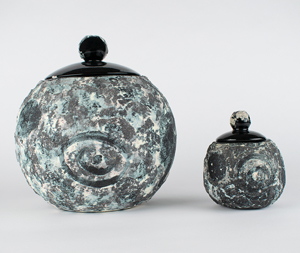 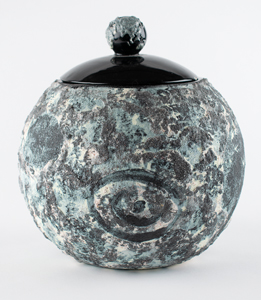 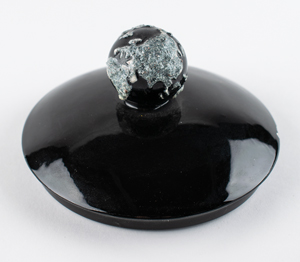 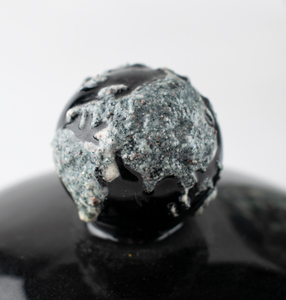 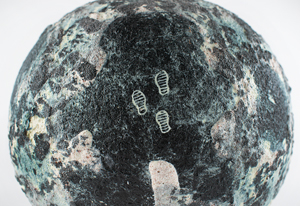 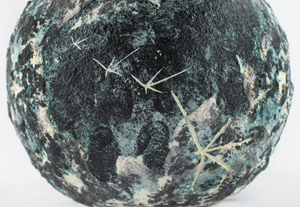 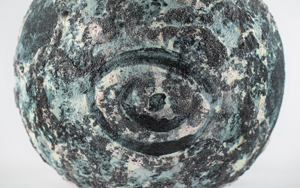 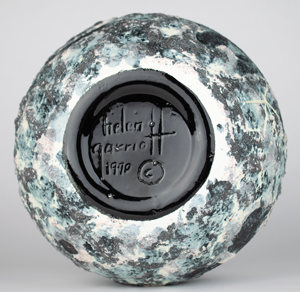 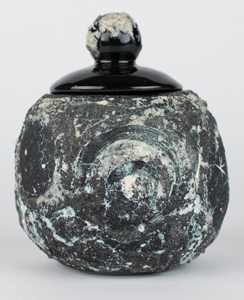 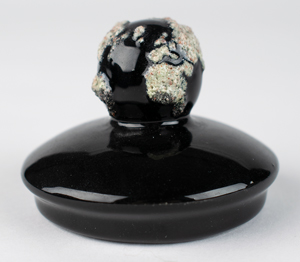 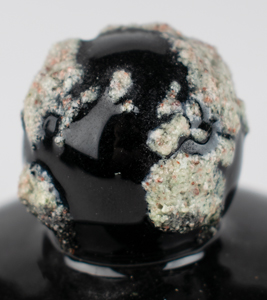 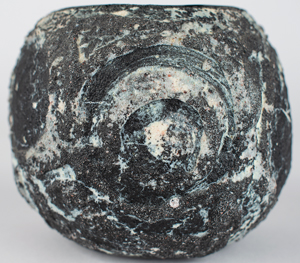 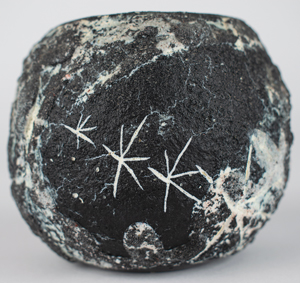 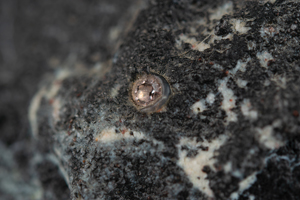 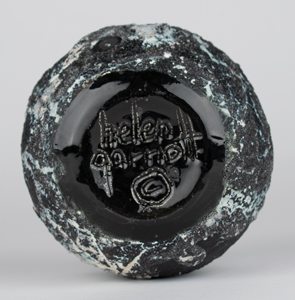 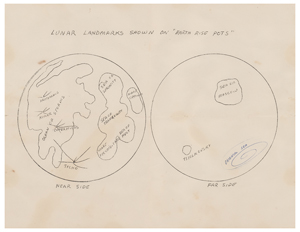 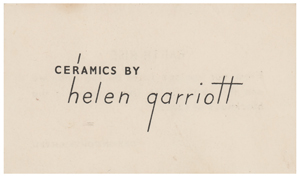 Al Worden’s delightful pairing of large and small ceramic ‘Earth Rise’ pots made in 1970 by Helen Garriott, the wife of Skylab and Space Shuttle astronaut Owen Garriott. The large pot measures 9″ in diameter and 9.25″ in height (with cover), and the small pot measures 4.25″ in diameter and 5″ in height (with cover). Both pots are designed from a map of the lunar landmarks, which includes the Sea of Tranquility, the Ocean of Storms, the Sea of Serenity, and a series of three lunar bootprints that represent the first steps on the moon. The background of the pots are smooth and black, and the lunar and Earth markings are rough and raised in tones of gray and white. The tops of each cover feature Earth-shaped knobs, and the bases of each pot are engraved with Garriott’s copyrighted maker mark, with one dated to 1970. The smaller pot contains a small diamond-like gem to the upper left of the bootprints. In overall fine condition, with a chip to the edge of the larger pot cover. Accompanied by a layout of the pot design, and Garriott’s personal “Ceramics by Helen Garriott” business card.

After turning the family garage into a ceramics studio, Helen Garriott began to produce the ‘Earth Rise Pots,’ or ‘Moon Pots,’ at the very start of the Apollo moon-landing missions. Several thousand of the Earth Rise Pots were made and sold from Garriott’s studio house and a small gift shop, Swan Gallery, in League City Texas. Each was handmade and put through two firings, making each slightly different from the other. The unusual rough texture was made by using sand in a glaze that bubbled a bit in the firing. The pots came in five different sizes, which Garriott described as baseball, soft ball, cantaloupe, musk-melon, or basketball-sized. While perhaps not uncommon, these pots are still highly collectable, with these examples deriving from the personal collection of an actual Apollo astronaut.