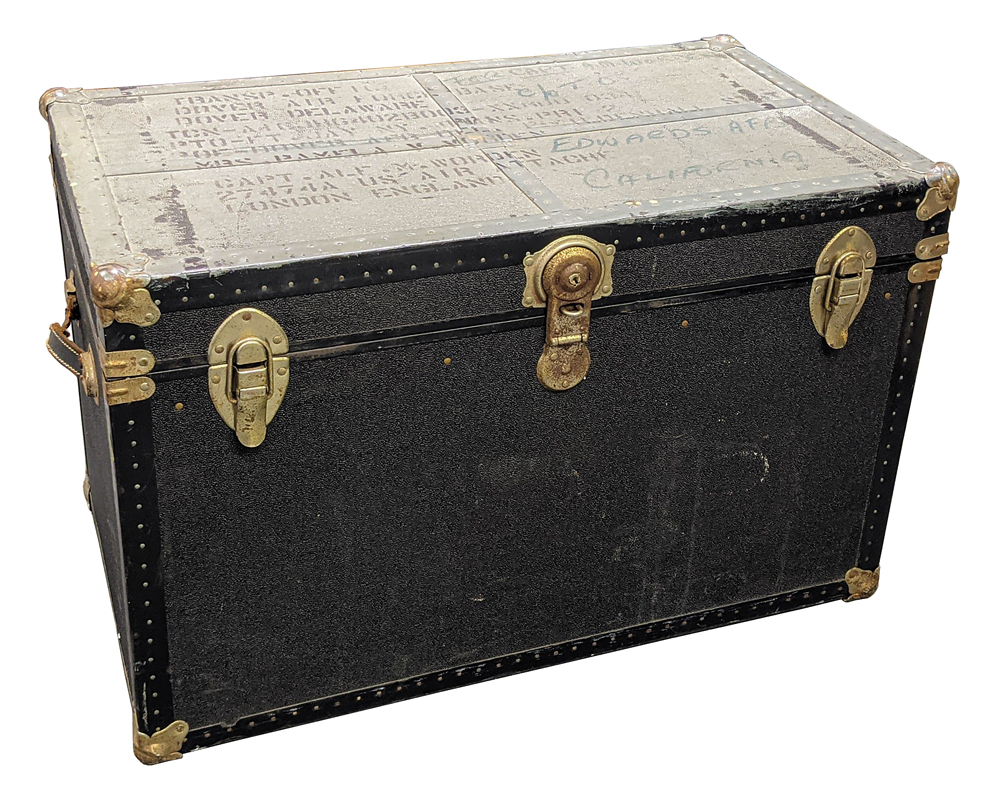 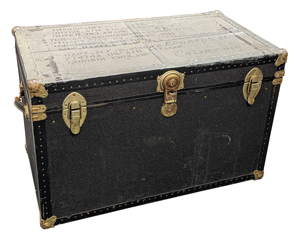 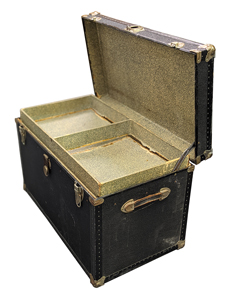 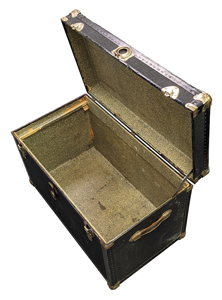 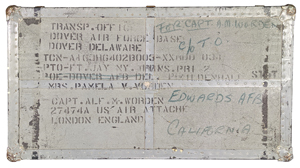 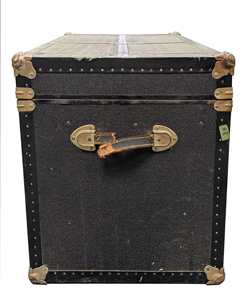 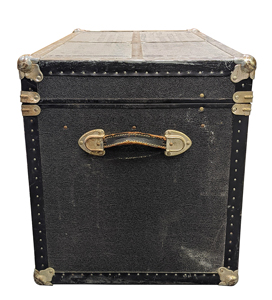 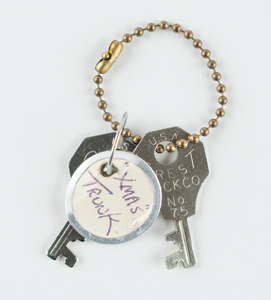 Al Worden's heavy duty military foot locker from his early years in the United States Air Force, measuring 33.5″ x 21″ x 19.25″, with front latches and lock, leather side handles, and the interior featuring an upper organizing tray. The lid is marked in felt tip on the right side, “For: Capt. A. M. Worden, ℅ T. O., Edwards AFB, California,” and the left side is marked in stenciling, which reads, in part: “TRANSP. OFF…DOVER AIR FORCE BASE, DOVER, DELAWARE, TCN-A4 GUHG402B003-XXB00 03…PTO-FT…JAY NY. TRANS. PRI 2, POE-DOVER AFB DEL. MILDENHALL…MRS. PAMELA V. WORDEN, CAPT. ALF. M. WORDEN, 27474A US AIR ATTACHE, LONDON ENGLAND.” In very good to fine condition, with overall wear and scuffing to interior and exterior, one handle severed, bottom of tray nearly detached, and locks in unknown working order; the integrity of the frame appears quite sturdy. A set of keys are included, which are marked as “XMAS Trunk.”

Seeking to advance his career in the US Air Force, Worden studied aerospace engineering at the University of Michigan from 1961-1963, earning Master of Science degrees in aerospace engineering and instrumentation engineering. He then applied for U.S. Air Force Test Pilot School, but was not selected. Instead, he took part in an exchange program with Britain's Royal Air Force and trained at the Empire Test Pilots' School in Farnborough, England, which likely accounts for the trunk's "London, England" address.