Moon Shot inscribed by ten Apollo astronauts to CMP Al Worden: "You helped make Apollo 15 the great flight that it was" 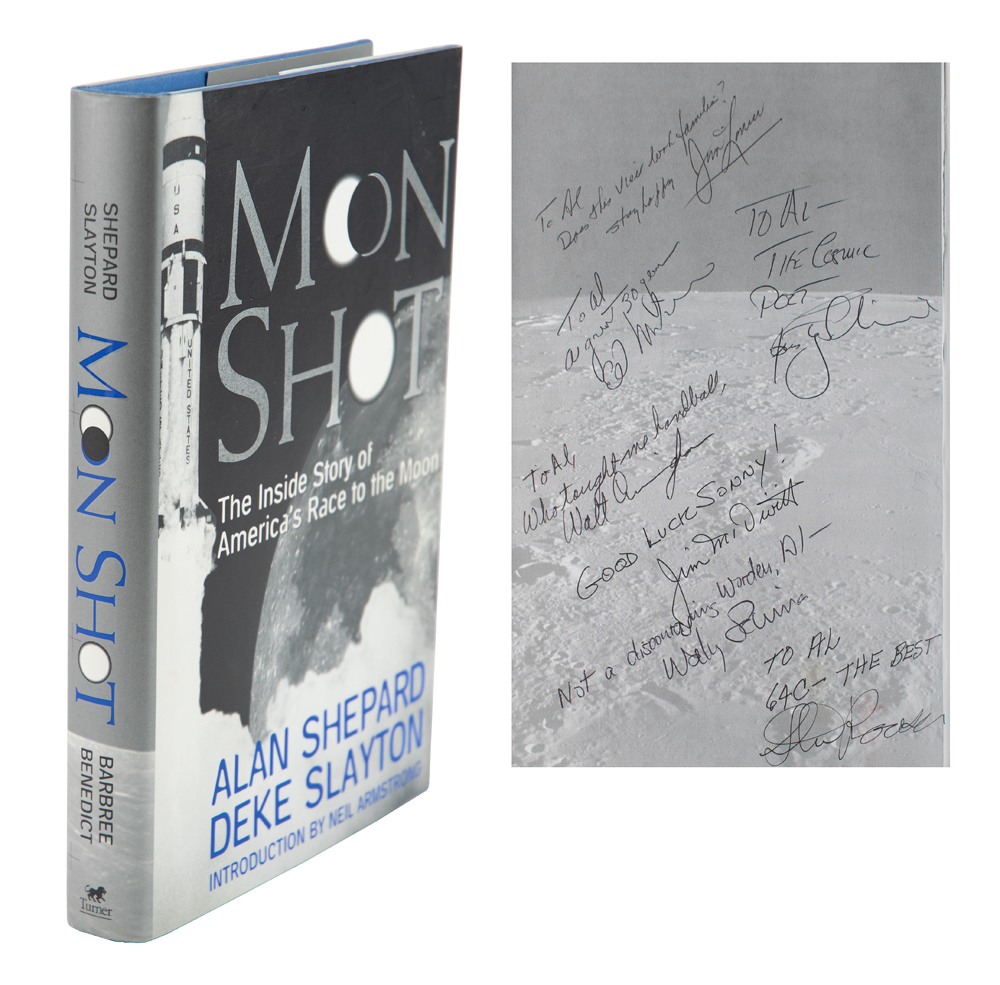 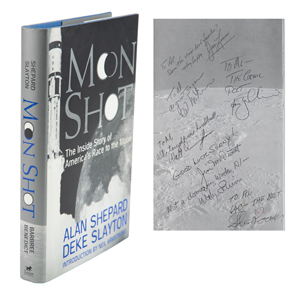 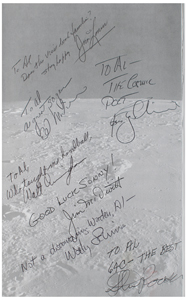 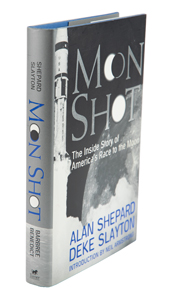 Moon Shot inscribed by ten Apollo astronauts to CMP Al Worden: "You helped make Apollo 15 the great flight that it was"

Al Worden's personally-owned signed book: Moon Shot: The Inside Story of America's Race to the Moon. First edition. Atlanta, GA: Turner Publishing, 1994. Hardcover with dust jacket, 6.5 x 9.25, 383 pages. Signed and inscribed on the title and facing pages by ten Apollo astronauts, all adding personal messages to their friend and colleague: "To Al—Hope you enjoy! Alan Shepard," "To Al, For great efforts on A-12 & 15! My best, Dick Gordon," "To Al—You helped make Apollo 15 the great flight that it was. With admiration, Alan Bean," "To Al, Does the view look familiar? Stay happy, Jim Lovell," "To Al, A great 30 years, Ed Mitchell," "To Al—The Cosmic Poet, Rusty Schweickart," "To Al, Who taught me handball, Walt Cunningham," "Good luck Sonny! Jim McDivitt," "Not a discouraging Worden, Al—Wally Schirra," and "To Al 64C—The Best, Stu Roosa." Remarkably, the references here encompass Worden's career—his days in USAF Test Pilot School, Class 64C (where Roosa and Charlie Duke were classmates), his role as a backup for Apollo 12, his journey to the moon as Apollo 15 CMP, and his post-flight publication of poetry. In fine condition.