Logbook from the "Inspection Cruise and Fishing Expedition of President Franklin D. Roosevelt" 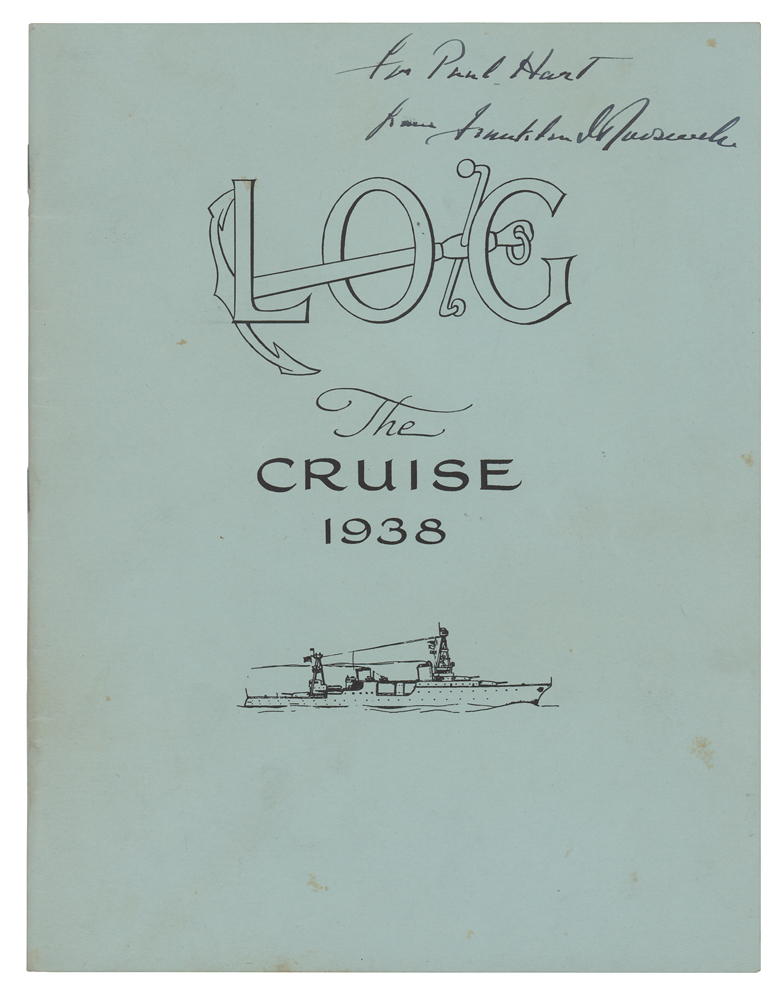 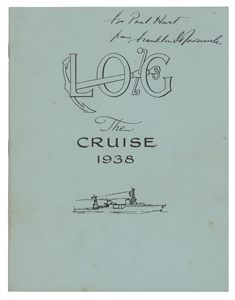 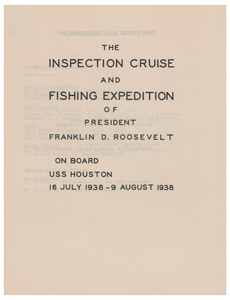 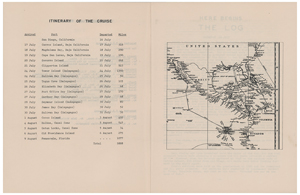 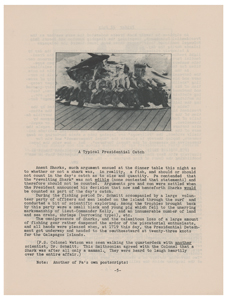 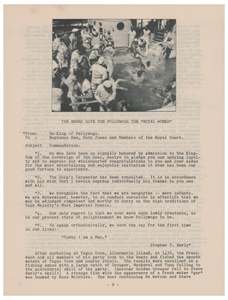 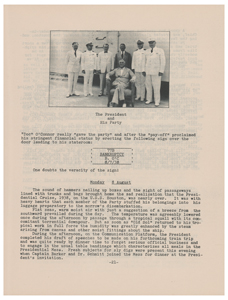 Logbook from the "Inspection Cruise and Fishing Expedition of President Franklin D. Roosevelt"

Scarce log booklet for “The Inspection Cruise and Fishing Expedition of President Franklin D. Roosevelt” aboard the USS Houston (CA-30) from July 16 to August 9, 1938, 31 pages, 7.75 x 10, signed and inscribed on the front cover in fountain pen to a White House secret service agent, “For Paul Hart, from Franklin D. Roosevelt.” This entirely uncommon booklet features sections listing the presidential party and detachment, the cruise’s itinerary with map, and the detailed daily log with accompanying images of Roosevelt, the crewmen, and the various fish caught during the voyage. The close of the booklet features a comprehensive nine-page appendix containing an “Annotated List of Fishes, Presidential Cruise, 1938,” compiled by Waldo L. Schmitt of the U.S. National Museum. Among Roosevelt’s more notable catches were a Tiger Shark, “the largest weighing between 225 and 230 pounds was caught by the President at Cocos Island, August [3rd],” [the booklet mistakenly attributes the catch to August 30th] and a Pacific Sailfish: “The President caught a sailfish on knot or tangle of his line—having two sailfish on the line at the same time. The hooked one got away, but the one in the knot was caught—and landed in twenty minutes.” In fine condition.

The Presidential Cruise was organized in conjunction with President Franklin D. Roosevelt, and took place during the summer of 1938. Traveling aboard the USS Houston from July 16th to August 9th, the cruise departed San Diego, California, in route to the Galapagos Islands, via the Panama Canal. Along the way, it stopped at Old Providence Island in the Caribbean Sea. The expedition was a fishing cruise taken by FDR to the waters off the coast of Central and South America, with Roosevelt inviting the Smithsonian to send scientific staff along to collect marine and botanical specimens. Dr. Waldo Schmitt of the U.S. National Museum was appointed naturalist of the cruise and was assisted by ship personnel including Russell Wood, James Stringfelow, Michael Reilly, Charles Fredericks, Ross T. McIntire, Stephen Early, Basil O’Connor, Frederick Adams, and Thomas Qualters. During the cruise, the team collected many specimens including plants, mollusks, fish, sponges, and other invertebrates. Several new species were discovered, including a new type of palm tree, Siriella roosevelti, named for the President.