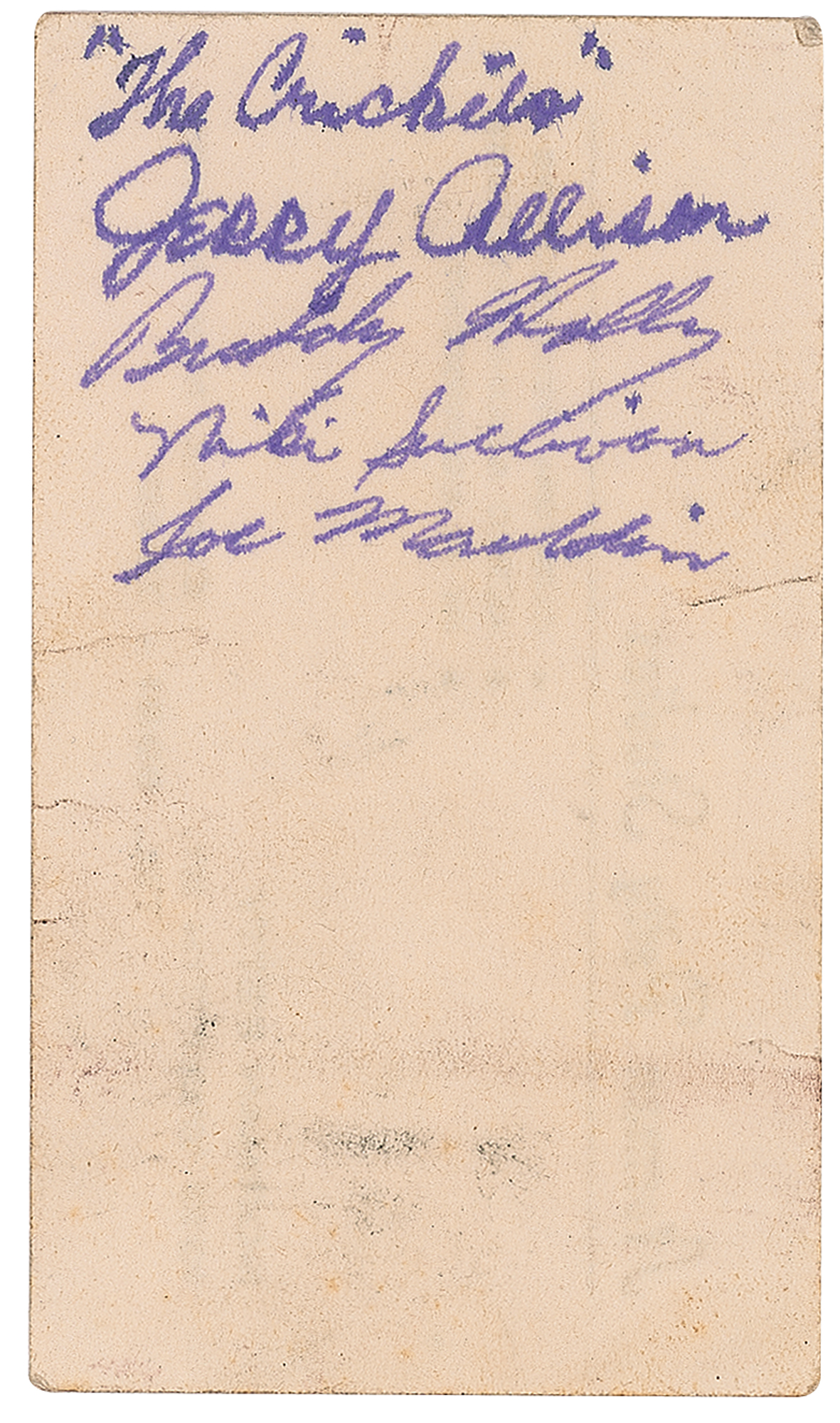 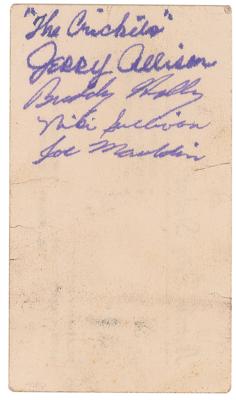 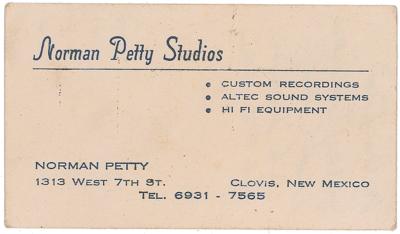 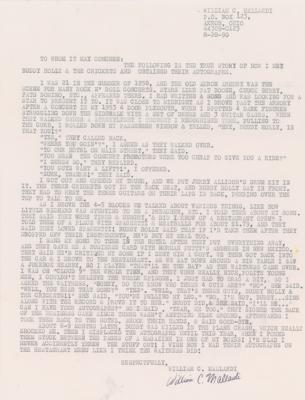 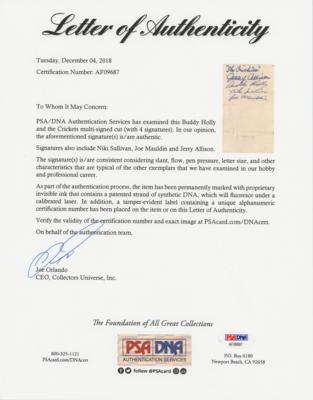 Extremely rare purple ink signatures of Buddy Holly, Niki Sullivan, Joe Mauldin, and Jerry Allison, who adds "'The Crickets,'" on the reverse of a 3.5 x 2 business card from Norman Petty Studios in Clovis, New Mexico. In fine condition, with light soiling and a few small edge creases. Accompanied by a full letter of authenticity from PSA/DNA. Autographs of Buddy Holly and the Crickets are rare and highly sought after.

Includes a detailed letter of provenance from the original recipient, in part: "I was 21 in the summer of 1958, and the old Akron Armory was the scene for many rock n' roll concerts. Stars like Pat Boone, Chuck Berry, Fats Domino, etc., appeared there, I had written a song and was looking for a star to present it to. It was close to midnight as I drove past the Armory after a concert…when I spotted 4 dark figures struggling down the sidewalk with a set of drums and 3 guitar cases. When they walked under a streetlight I thought I recognized them. Pulling to the curb, I rolled down my passenger window & yelled, 'Hey, Buddy Holly, is that you!?' 'Yes,' they called back…'You guys want a lift?!' I offered…I got out and opened my trunk, and we put Jerry Allison's drum kit in it. The three Crickets got in the back seat, and Buddy Holly sat in front. They had to rest the three guitars on their laps in back…

I sang my song to them in the hotel after they put everything away, and they gave me a business card with Norman Petty's address in New Mexico. They said he'd critique my song if I sent him a copy. We then got back into the car & I drove to [a] restaurant. As we sat down around a big table I saw a jukebox nearby, so I played 'That'll be the Day' as the waitress came over. I was on 'Cloud 9' the whole time, and they were really nice, polite young men, I couldn't believe the whole episode. I just had to brag a bit, so I asked the waitress, 'Honey, do you know who these 4 guys are?' 'No,' she said. 'Well, you hear that song?' 'Yes.' 'Well, that's these guys, Buddy Holly & the Crickets!!' She said, 'You're pulling my leg.' No, I'm not. Buddy…sing along with the record & prove it to her.' Buddy did, & she said, 'I'll be...can I have your autographs?' So I said, 'Yeah, me too.' They signed the back of the business card since there wasn't anything else around. Afterwards I took them back to the hotel, shook their hands, & said good-bye. About 8-9 months later, Buddy was killed in the plane crash."