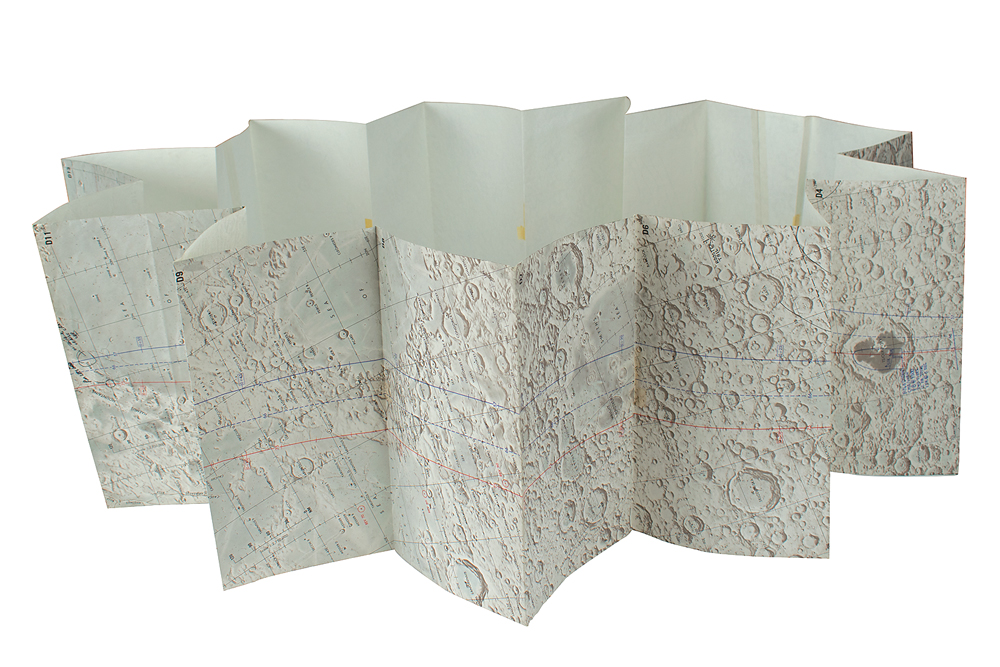 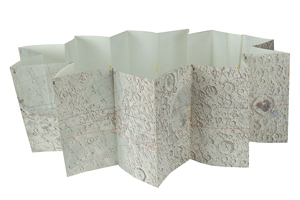 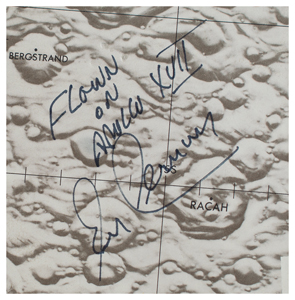 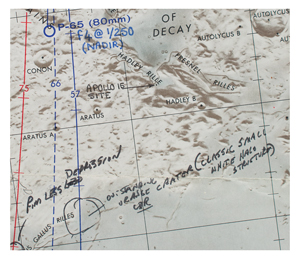 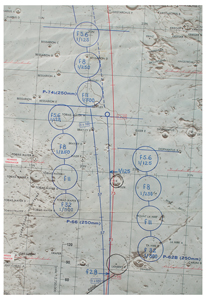 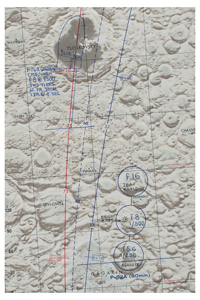 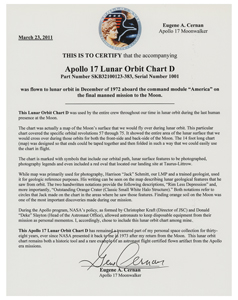 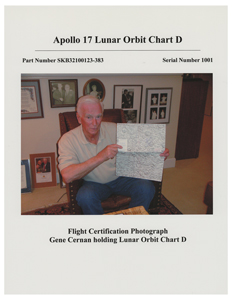 Gene Cernan’s flown "Lunar Orbit Chart D" map carried into lunar orbit aboard the Command Module America during the historic Apollo 17 mission, signed and flight-certified in black felt tip, “Flown on Apollo XVII, Gene Cernan.” The chart, folded to 13 x 8.5, consists of multiple large map plates taped together in a loop that, if extended, would be approximately 14 feet in length; this long, continuous first edition chart, was taped and folded so that it could be flipped like a book for use in orbit. The main legend identifies the chart as "Lunar Orbit Chart D. Apollo 17 REVS 57-75, December 6, 1972, SKB 32100123-383, S/N 1001.”

The chart, which is marked with symbols that include the orbital path, photography legends, various lunar surface features, and a red oval indicating the landing site at Taurus Littrow, shows the entire area of the lunar surface that the crew would cross over during orbital revolutions 57 through 75 for both the front-side and the back-side of the moon. While the map was primarily used for photography, LMP Harrison Schmitt, a trained geologist, also used it for geologic reference purposes as he viewed lunar geological features from orbit. Most notable are Schmitt’s felt tip annotations on plates D11 and D12: “Rim Less Depression” and “Outstanding Orange CTR (Classic small white halo structure),” with the latter a reference to the crew’s significant second EVA when they discovered orange soil near Shorty Crater. The chart also bears blue ink notations by an unidentified hand. In fine condition.

Accompanied by a signed letter of authenticity from the Apollo 17 Commander, which includes an image of Cernan holding the offered chart. The letter, in part: "This Lunar Orbit Chart D was used by the entire crew throughout our time in lunar orbit during the last human presence at the Moon…[it] has remained a treasured part of my personal space collection for thirty-eight years, ever since NASA presented it back to me in 1973 after my return from the Moon. This lunar orbit chart remains both a historic tool and a rare example of an astronaut flight certified flown artifact from the Apollo era missions.”