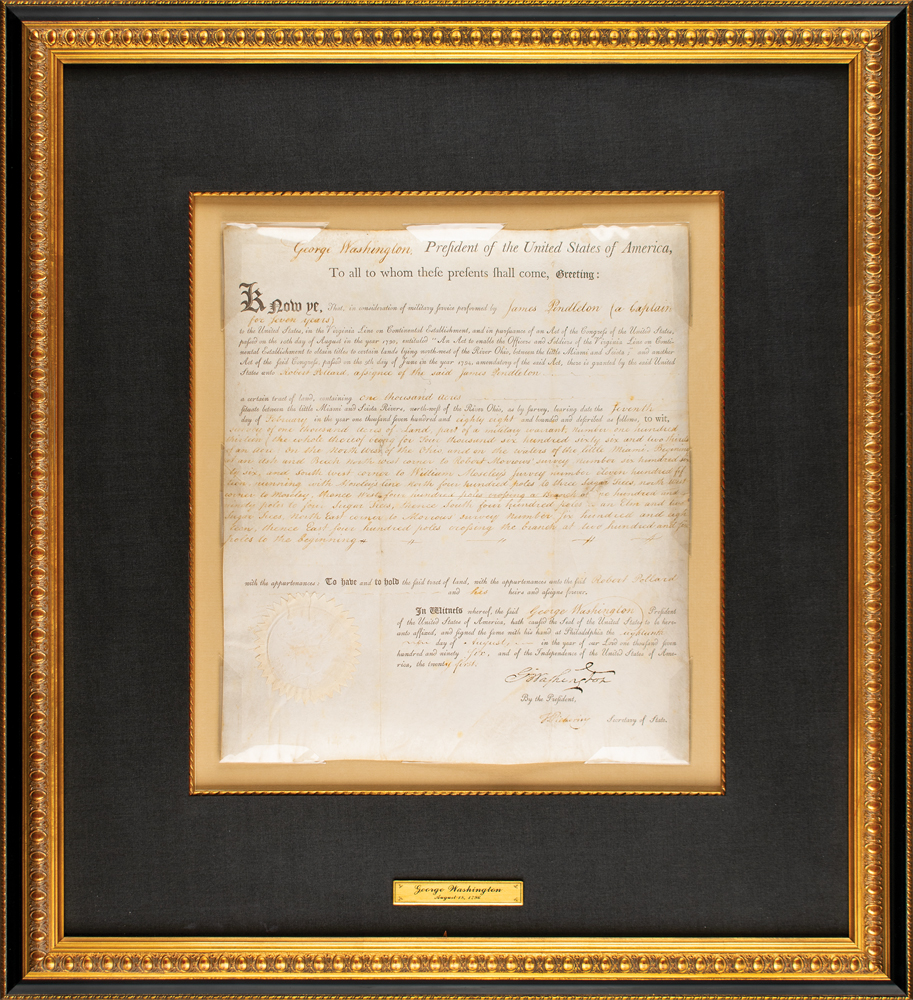 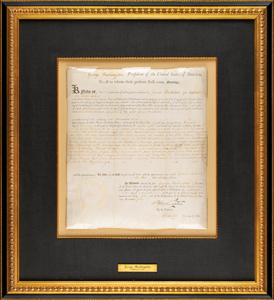 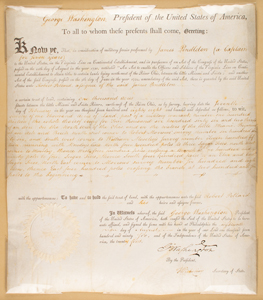 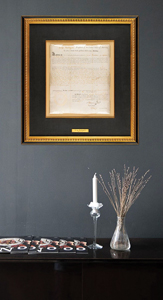 Partly-printed vellum DS as president, signed “G:o Washington,” one page, 12.5 x 14.5, August 18, 1796. President Washington grants a parcel of land for military service during the Revolutionary War, in part: "In consideration of Military Service, performed by James Pendleton (a Captain for seven years) to the United States…and in pursuance of an Act of the Congress of the United States, passed on the 10th day of August, in the year 1790, entituled ‘An Act to enable the Officers and Soldiers of the Virginia Line on Continental Establishment, to obtain Titles to certain Lands lying north west of the river Ohio, between the Little Miami and Sciota;’…There is granted, by the said United States, unto Robert Pollard, assignee of the said James Pendleton a certain Tract of Land containing one thousand acres." Boldly signed at the conclusion by President Washington, and countersigned by Secretary of State Timothy Pickering. Beautifully corner-mounted, matted, and framed under UV-protective museum glass to an overall size of 24.75 x 27. In fine condition.

The land referred to here, known as the Virginia Military District (in what is now Ohio), consisted of a tract in the southwestern part of the state that contained more than four million acres. General George Washington had enticed residents to join the Continental Army by offering them large bounties in land in exchange for either three years of service, or the duration of the war. After the Revolution, state officials used the land to award claims to veterans in exchange for their military service. By this document, the assignee of James Pendleton received his rightful plot.