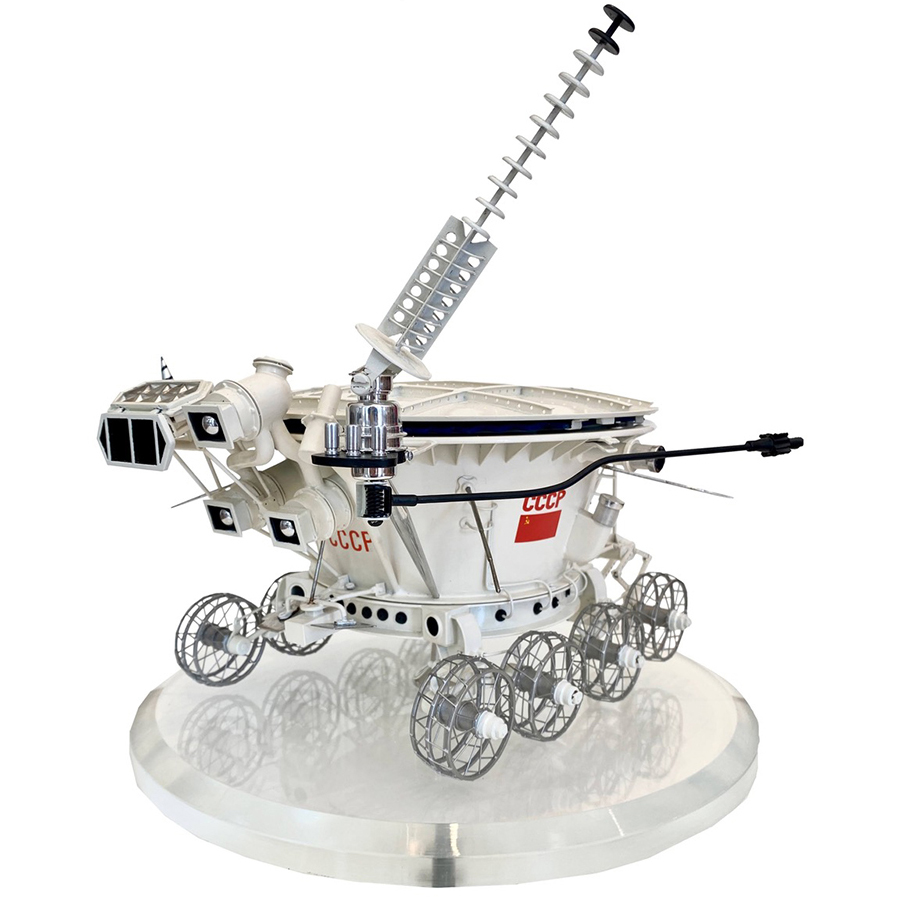 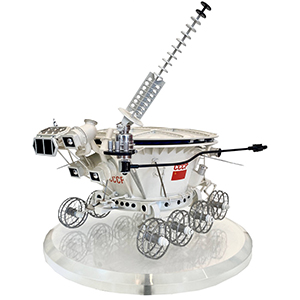 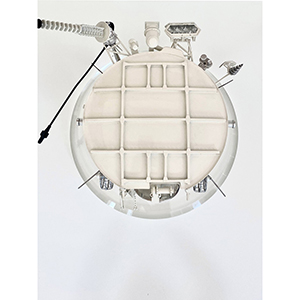 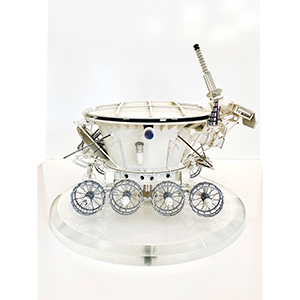 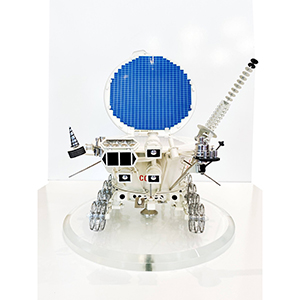 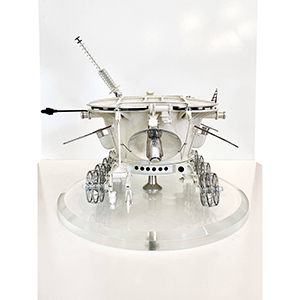 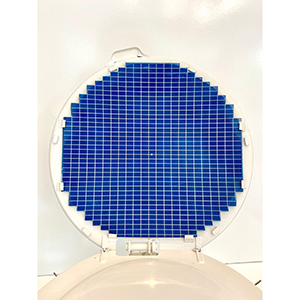 Highly detailed large-scale handmade model of the Lunokhod-2 Moon Rover by NPO Lavochkin, scale 1:10, approximately measuring 10.5″ x 14″ x 9.5″. This attractive metal model features omnidirectional and directional antennae, a liftable large cover with solar cells, television cameras, stereoscopic television cameras, a central pressurized compartment, eight drive wheels, a front soil analyzer, and a laser reflector (the cover to the reflector is detached but present). The model is set upon a transparent base that measures 12.5″ in diameter. In fine condition, with trivial instances of wear to paint. A wonderfully detailed model of museum-quality standard.

The Luna 21 spacecraft landed on the Moon and deployed the second Soviet lunar rover, Lunokhod 2, in January 1973. The primary objectives of the mission were to collect images of the lunar surface, examine ambient light levels to determine the feasibility of astronomical observations from the Moon, perform laser ranging experiments from Earth, observe solar X-rays, measure local magnetic fields, and study the soil mechanics of the lunar surface material.

Lunokhod 2 operated for about four months, sent back 86 panoramic images and over 80,000 TV pictures, and completed many mechanical tests of the surface, laser ranging measurements, and other experiments. Lunokhod 2 held the record for off-Earth roving distance—39 km (24 mi)—until July 27, 2014, when NASA's Mars Opportunity rover exceeded it after having traveled over 40 km (25 mi).