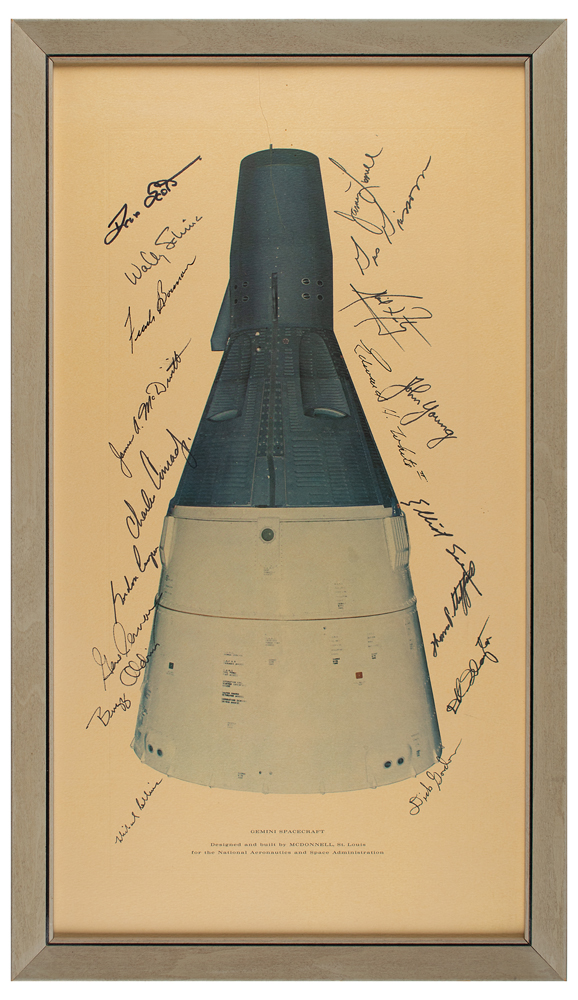 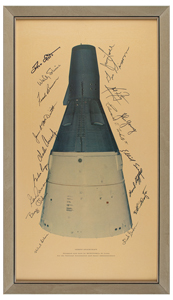 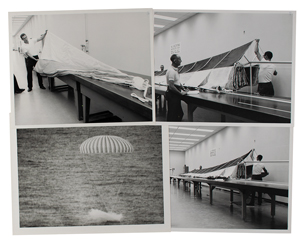 Larry Richardson, a former Northrup engineer and parachute rigger, obtained these signatures while he worked in the pyrotechnic building during astronaut harness fitting. The print is accompanied by seven vintage official glossy NASA photos showing Richardson at work, 8 x 10 and 10 x 8, with three of the photos depicting Lovell and Gordon during weight and balance tests. All photos bear NASA caption text on the reverse. Also includes a vintage glossy 11 x 8.5 photo of a Richardson parachute performing a successful splashdown for the Gemini 10 capsule, with the reverse stamped "Northrup Ventura Photo."

This item is Pre-Certified by STEVE ZARELLI
Buy a third-party letter of authenticity for $30.00