"Slavery will become an evil too great for peaceable cure" 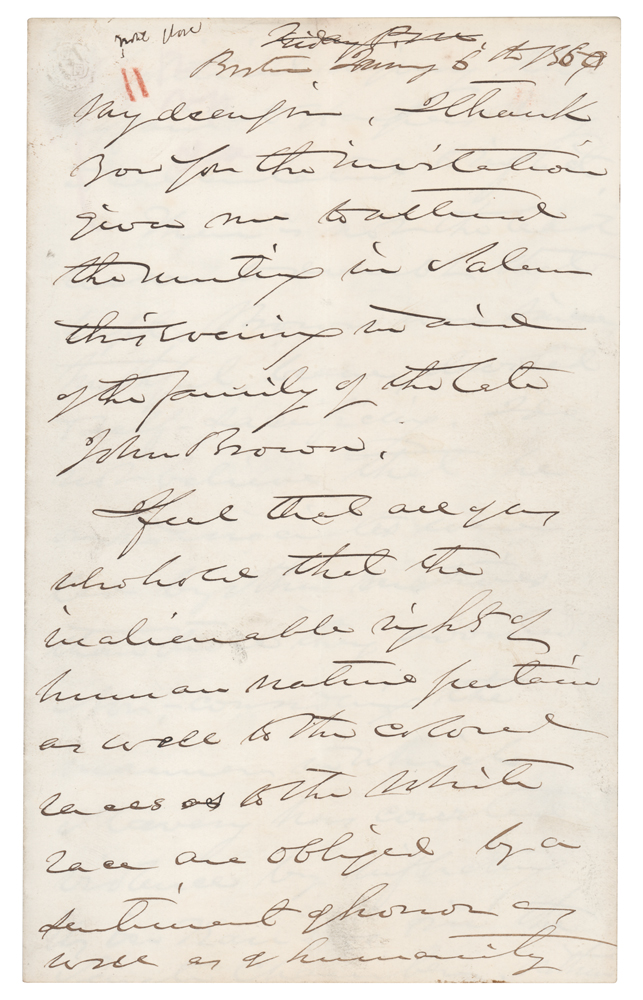 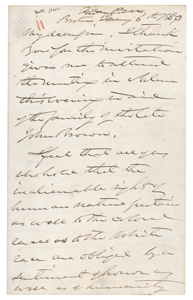 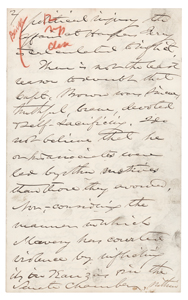 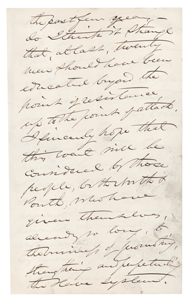 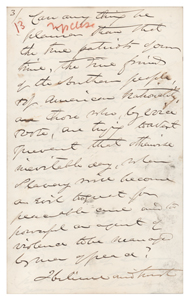 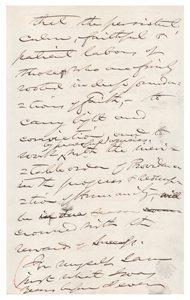 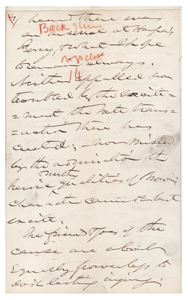 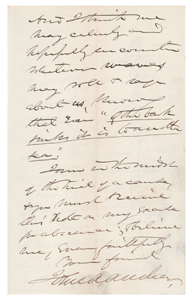 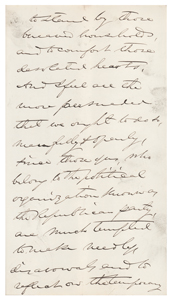 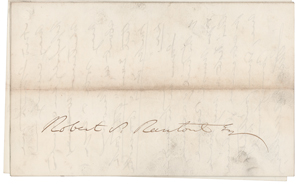 "Slavery will become an evil too great for peaceable cure"

Massachusetts lawyer, politician, and abolitionist (1818-1867) who served as the 25th Governor of Massachusetts between 1861 and 1866, and led the state's contributions to the Union cause during the American Civil War. He was a guiding force behind the creation of some of the first African-American units in the United States Army, including the 54th Massachusetts Infantry. ALS signed "John A. Andrew," eight pages on four sets of adjoining sheets, 5 x 8, January 6, 1860. Letter concerning John Brown and slavery, in part: "I thank you for the invitation given me to attend the meeting in Salem this evening in aid of the family of the late John Brown. I feel that all of us who hold that the inalienable rights of human nature pertain as well to the colored races as to the white race are obliged by a sentiment of honor as well as a humanity to stand by those bereaved households, and to comfort those desolated hearts. And I feel all the more persuaded that we ought to do so…since those of us, who belong to the political organization known as the Republican Party, are much tempted to make needless disavowals and to reflect on the temporary political injury the affair at Harpers Ferry is calculated to fight it. There is not the least reason to doubt that Capt. Brown was sincere, truthful, brave, devoted & self-sacrificing. I do not believe that he or his associates were led by other motives than those they avowed. Now, considering the manner in which slavery has courted violence by inflicting it in Kanzas & in the Senate Chamber, within the past few years—do I think it strange that, at last, twenty men should have been educated beyond the point of resistance, up to the point of attack…Can anything be plainer than that the true patriots of our time, the true friends of the Southern people, & of American nationality, are those who, by voice & vote, are trying to avert & prevent that otherwise inevitable day, when slavery will become an evil too great for peaceable cure and too powerful an agent of violence to be managed by men of peace? I believe and trust that the persistent, calm, faithful & patient labors of those who are firmly rooted in deep foundations of faith—to carry light and conviction, and to work by peaceful agencies with the inevitable order of Providence in the progress…of Humanity, will be in the season crowned with the rewards of success. In myself I am what I was years before I ever knew there was an arsenal at Harpers Ferry; & what I hope to remain always. Neither appalled nor troubled by the excitement the late transaction there has created;—nor misled by the admiration the…worthy qualities of Brown's character cannot but excite. The friends & foes of the cause are about equally powerless to do it lasting injury. And I think we may calmly and hopefully encounter whatever waves may roll & rage about us knowing that even 'if the bark sinks it is to another sea.'" In fine condition, with scattered soiling.