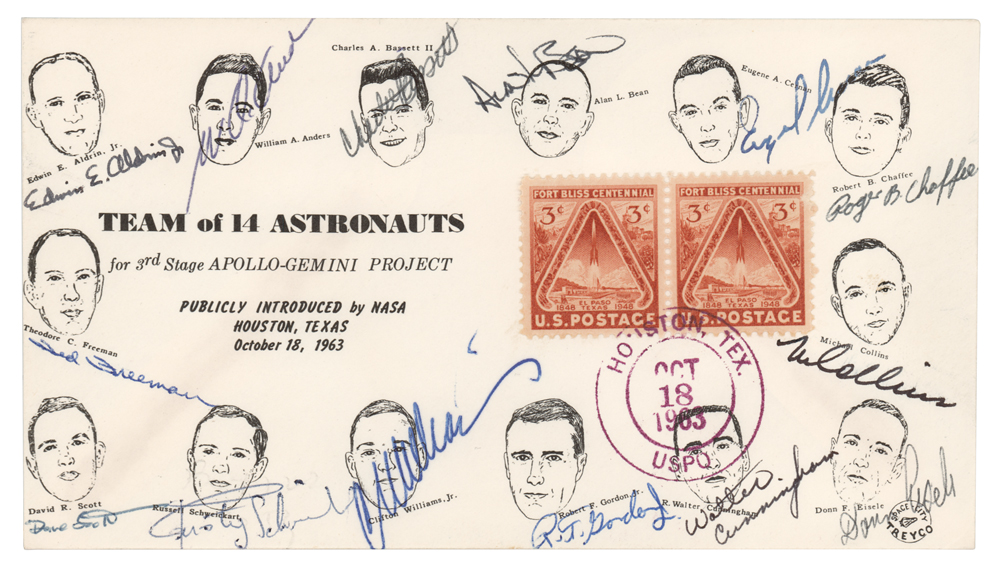 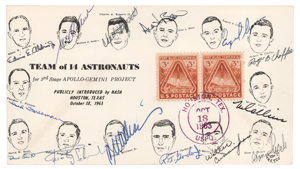 Complete sets of autographs for NASA Astronaut Group 3 are among the rarest and most sought-after of all space collectibles, with covers such as this—signed neatly and boasting the appealing 'floating head' design—virtually nonexistent. In addition to its quartet of moonwalkers, the cover likewise fields four astronauts who tragically died before their slated missions—Roger Chaffee, Charles Bassett, Clifton Williams, and Ted Freeman. A terrific, utterly uncommon fully signed postal cover.