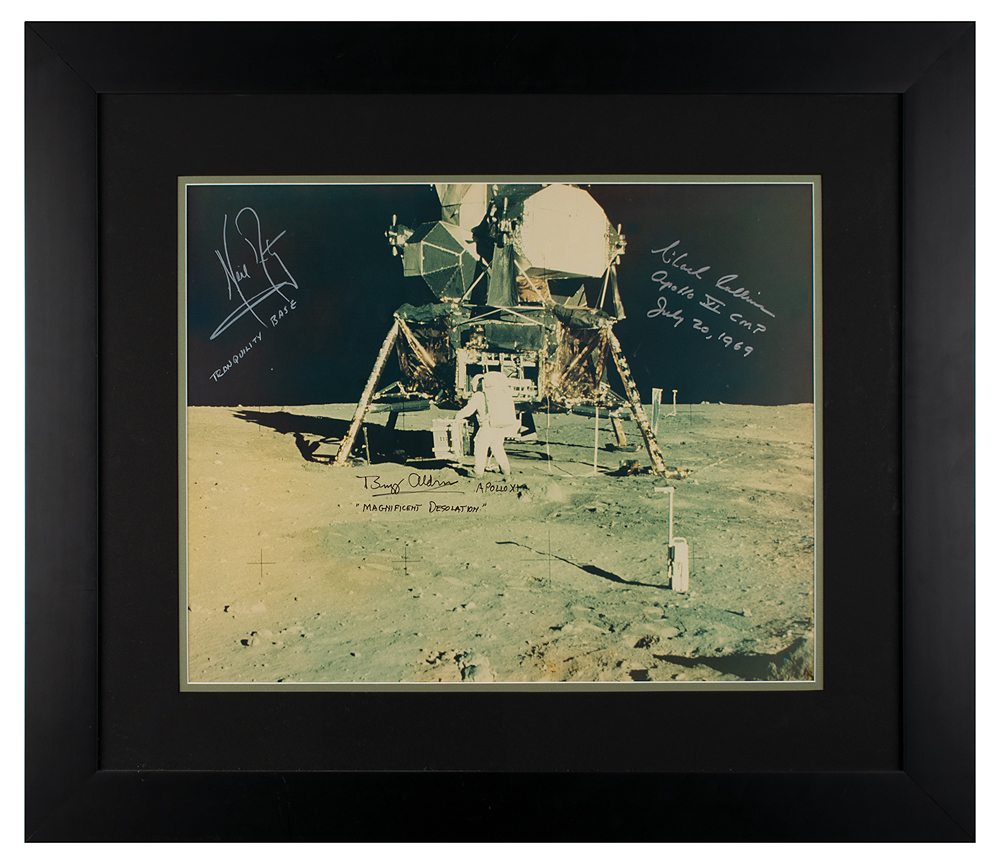 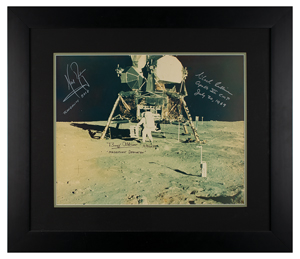 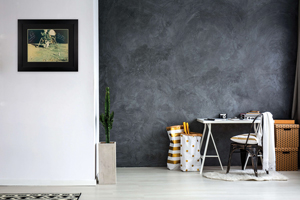 Color glossy 19.5 x 15.5 photo of LMP Buzz Aldrin preparing to deploy the Early Apollo Scientific Experiments Package (EASEP) on the surface of the moon during the Apollo 11 extravehicular activity, an image originally taken by CDR Neil Armstrong with a 70mm lunar surface camera, with the Apollo 11 35mm stereo close-up camera visible in the foreground. The photo is signed prominently in white grease pencil, “Neil Armstrong, Tranquility Base,” in silver ink, “Michael Collins, Apollo XI, CMP, July 20, 1969,” and in black felt tip, “Buzz Aldrin, Apollo XI, ‘Magnificent Desolation.” Archivally double-matted and framed to an overall size of 29.5 x 25.5. In fine to very fine condition, with some tiny flecks of writing medium to Armstrong's signature area. Accompanied by a certificate of authenticity from Novaspace for the Collins signature, and a copy of a letter of provenance from the original owner, who explains that his father, a photographer in Oxford, Ohio, personally obtained the Armstrong signature during a visit by the astronaut to the Miami University campus. A terrific photo of the historic Apollo 11 EVA, which is made all the more desirable by its uncommon image, impressive size, and a full set of bold and well-spaced autographs of the legendary crew.