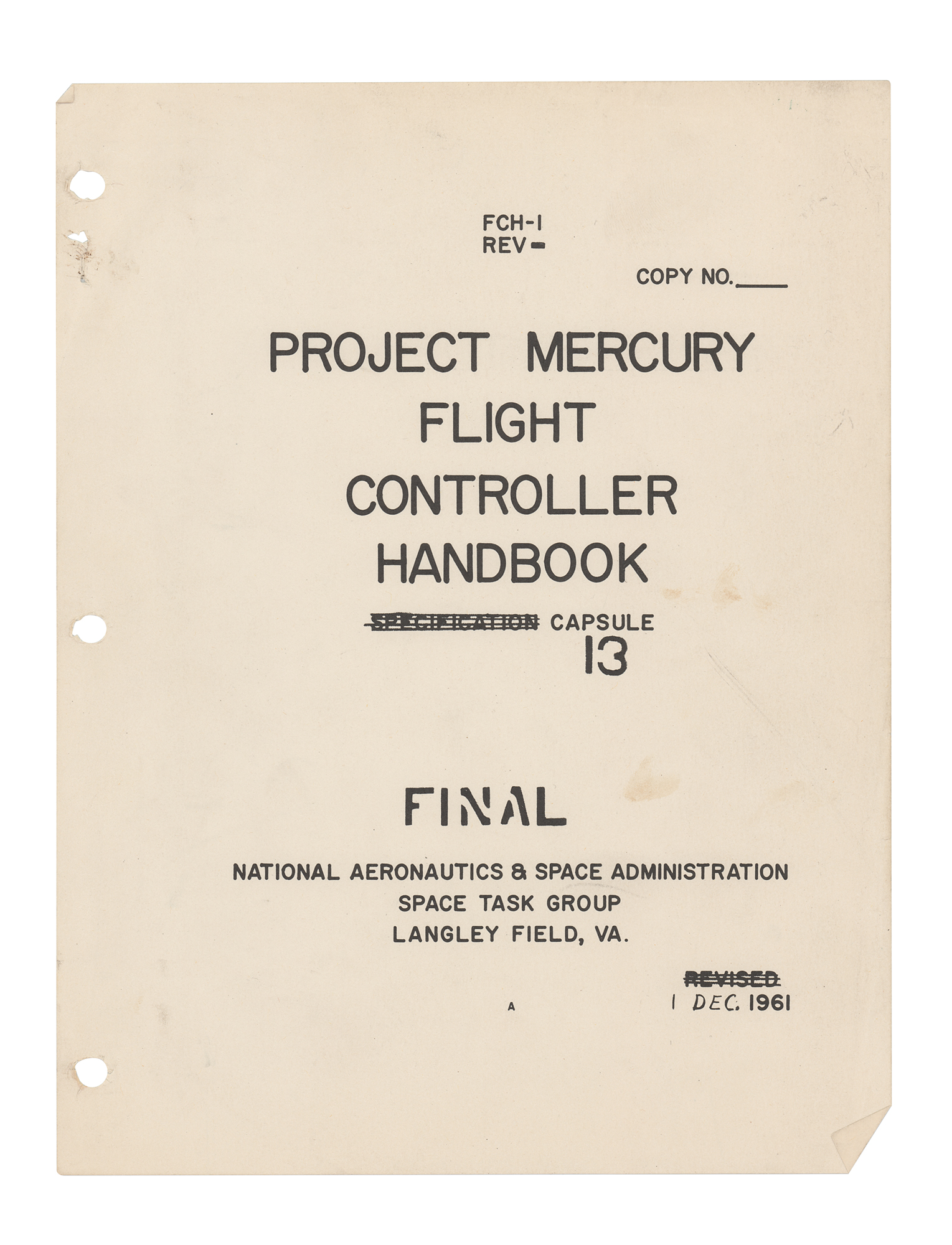 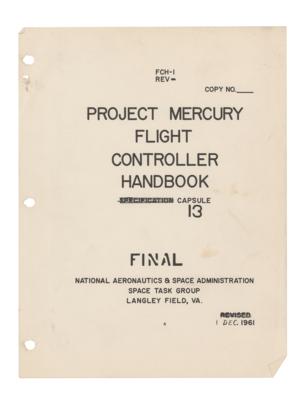 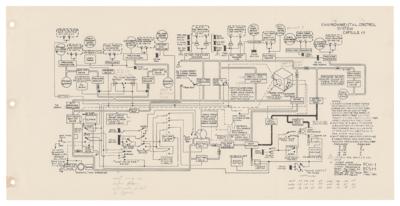 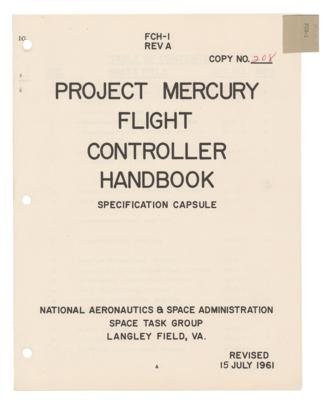 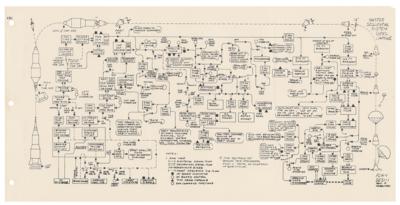 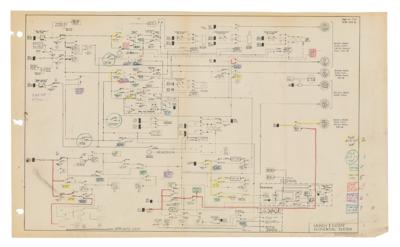 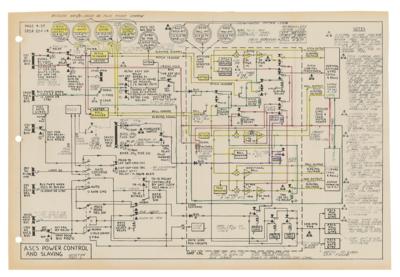 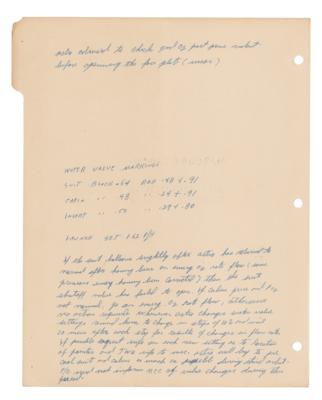 Project Mercury Flight Controller Handbook personally-owned and -used by longtime NASA flight director Gene Kranz for the launch of Mercury-Atlas 6 and John Glenn's Friendship 7. Contained with its original black NASA three-ring binder, 10.5 x 11.5, the handbook is dated between July 12, 1961 and January 3, 1962, with the cover page reading: “Project Mercury Flight Controller Handbook, Capsule 13, Final.” Utilized by Kranz while serving as the mission’s Assistant Flight Director, this handbook features copious handwritten notes relating to the various systems of the Mercury No. 13 spacecraft, with the book’s seven sections labeled as such: Environmental, Electrical, Stabilization and Control, Instrumentation, Communication, Sequencing, and Miscellaneous.

Included within the binder is a second manual issued as “FCH-1, REV A, Copy No. 208,” which is entitled: “Project Mercury Flight Controller Handbook, Specification Capsule,” with revision date of July 15, 1961. Also present is a third manual sans cover that is organized to first focus on sections 2 (Electrical) and 6 (Sequencing), with special attention made to diagrams titled as “DC Power System,” “Launch & Escape Sequential System,” “Retrograde Sequential System,” and “Master Sequential System Capsule 16,” a number which accordingly refers to the Sigma 7 spacecraft of Wally Schirra for Mercury-Atlas 8. At the conclusion of the binder are supplemental section dividers, with the Miscellaneous section containing a five-page memorandum entitled “Flight Controller Job Description,” which underlines three main roles: Capsule Communicator, Systems Monitor, and Aeromedical Monitor. In fine condition, with expected wear from use.

Accompanied by a letter of provenance signed by Kranz, which reads, in part: “The Mercury (MA-6) Flight Controller Handbook that accompanies this letter comes from my personal mission files. I utilized this actual handbook from my console during the historic Mercury (MA-6) flight of John Glenn. It’s purpose was to put mission critical information at my fingertips. I selected its actual contents based upon my responsibilities as that mission’s Assistant Flight Director. As you can see, there are several hand annotations added throughout…It should serve as a constant reminder of not only our accomplishments during this period but of the personal sacrifice that allowed us to forge a path from the Earth to the Moon and beyond.”

Despite never having ventured into space himself, Kranz arguably remains one of the most recognizable figures from the early NASA programs. Dating to the days and months leading up to the third Mercury flight, this incredible handbook was relied upon by Kranz in his role as Assistant Flight Director—he wouldn't assume the title of Flight Director until 1966 and the launch of Gemini 6. A wonderfully informative keepsake relating to the upward trajectory of a true NASA pioneer.