Team-signed baseball with Walter Johnson on the sweet spot, from the year of his last World Series appearance 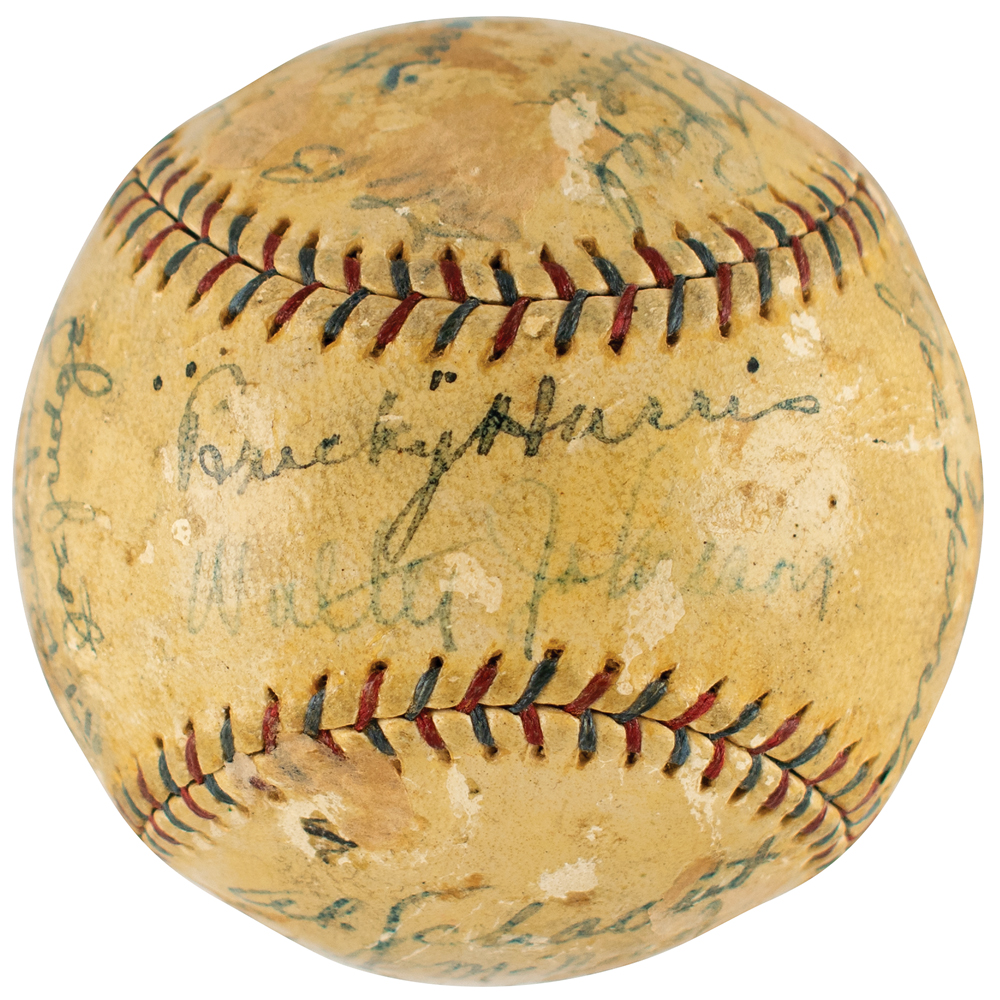 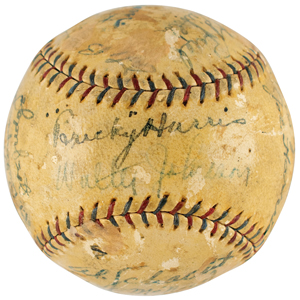 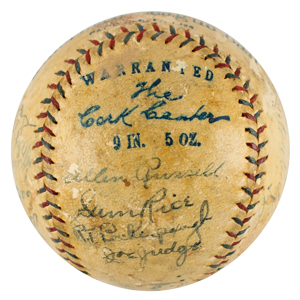 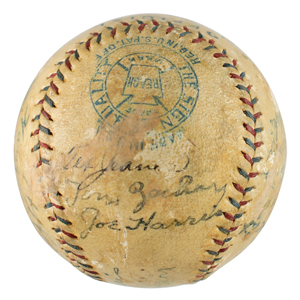 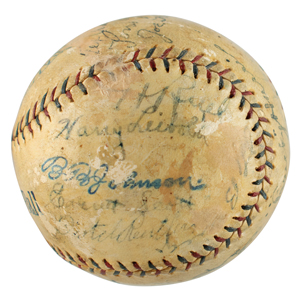 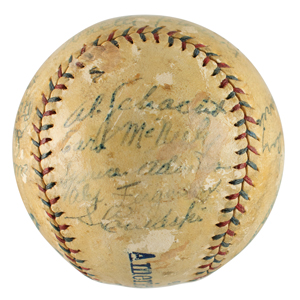 Team-signed baseball with Walter Johnson on the sweet spot, from the year of his last World Series appearance

Coming off a heroic win in the 1924 World Series, the Washington Senators looked to repeat in 1925. They again won the American League pennant, but faltered in the World Series against the Pittsburgh Pirates. Peckinpaugh, the typically steady-handed shortstop, committed a record-breaking eight errors; Johnson dominated in Games 1 and 4, but lost the deciding Game 7 match-up. Ban Johnson accused player-manager Bucky Harris of failing to relieve Walter Johnson 'for sentimental reasons.' Despite the second-guessing, Harris always said, 'If I had it to do over again, I'd still pitch Johnson.'