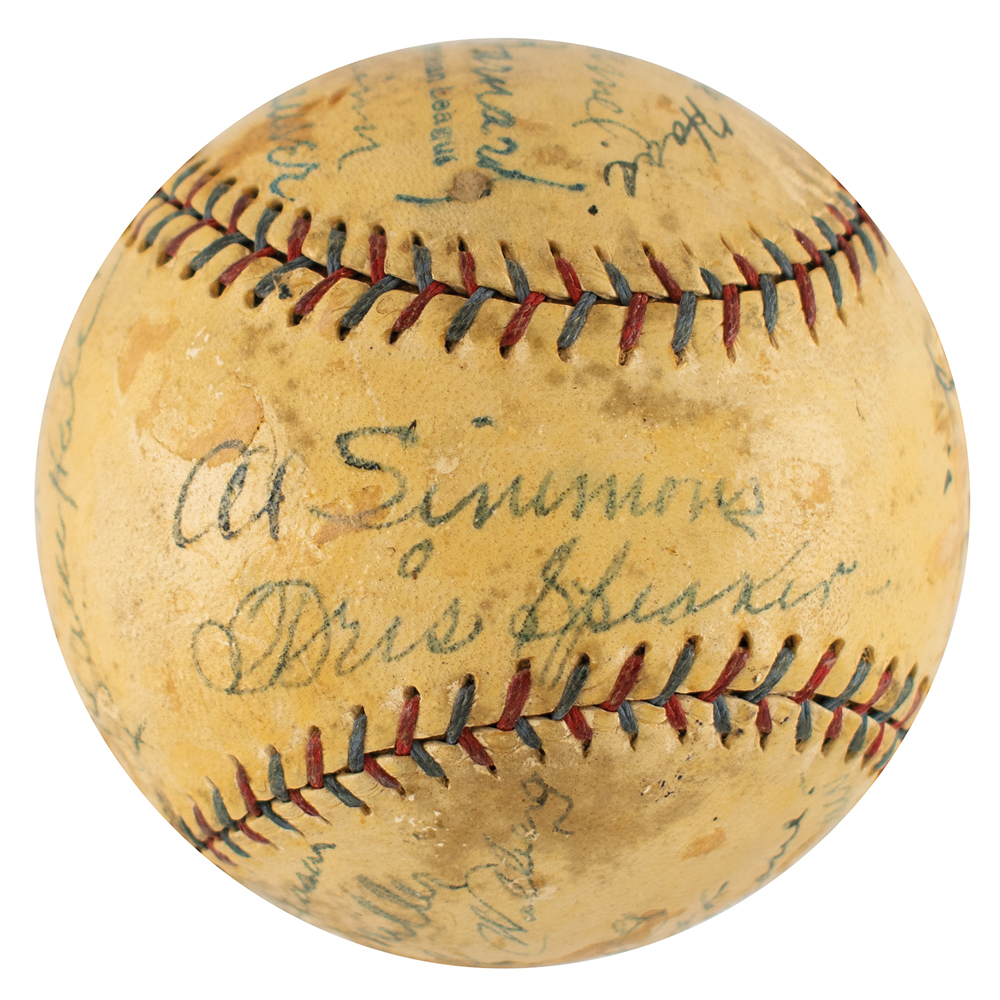 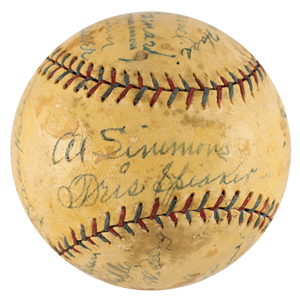 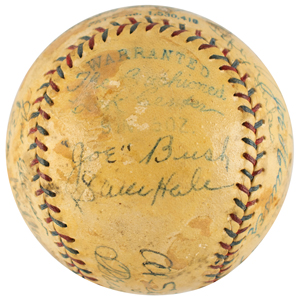 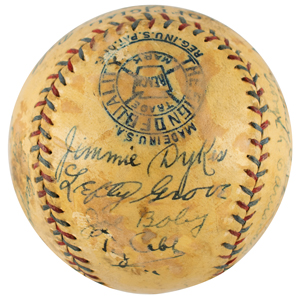 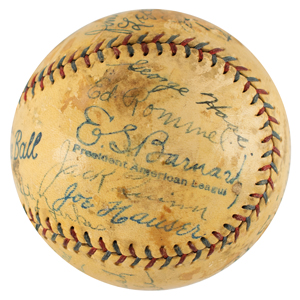 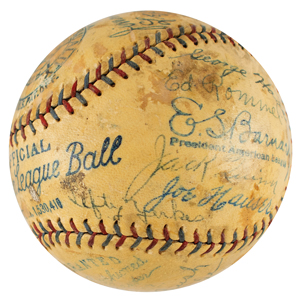 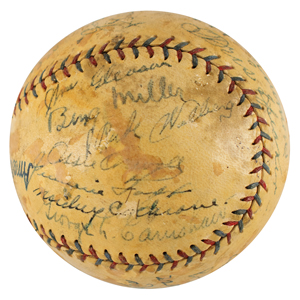 Led by a slew of Hall of Famers—Cobb, Foxx, Speaker, Simmons, Cochrane, and Grove would all be enshrined in Cooperstown—the 1928 Philadelphia A's finished with a 98-55 record, second only to the similarly stacked New York Yankees squad. It was the last big league season for both Cobb and Speaker, the first of Cochrane's two AL MVP campaigns, and Grove's first year as the league's winningest pitcher. The presence of the tough signature of coach Kid Gleason—famed as the manager of the scandalous 1919 'Black Sox'—is also of note.