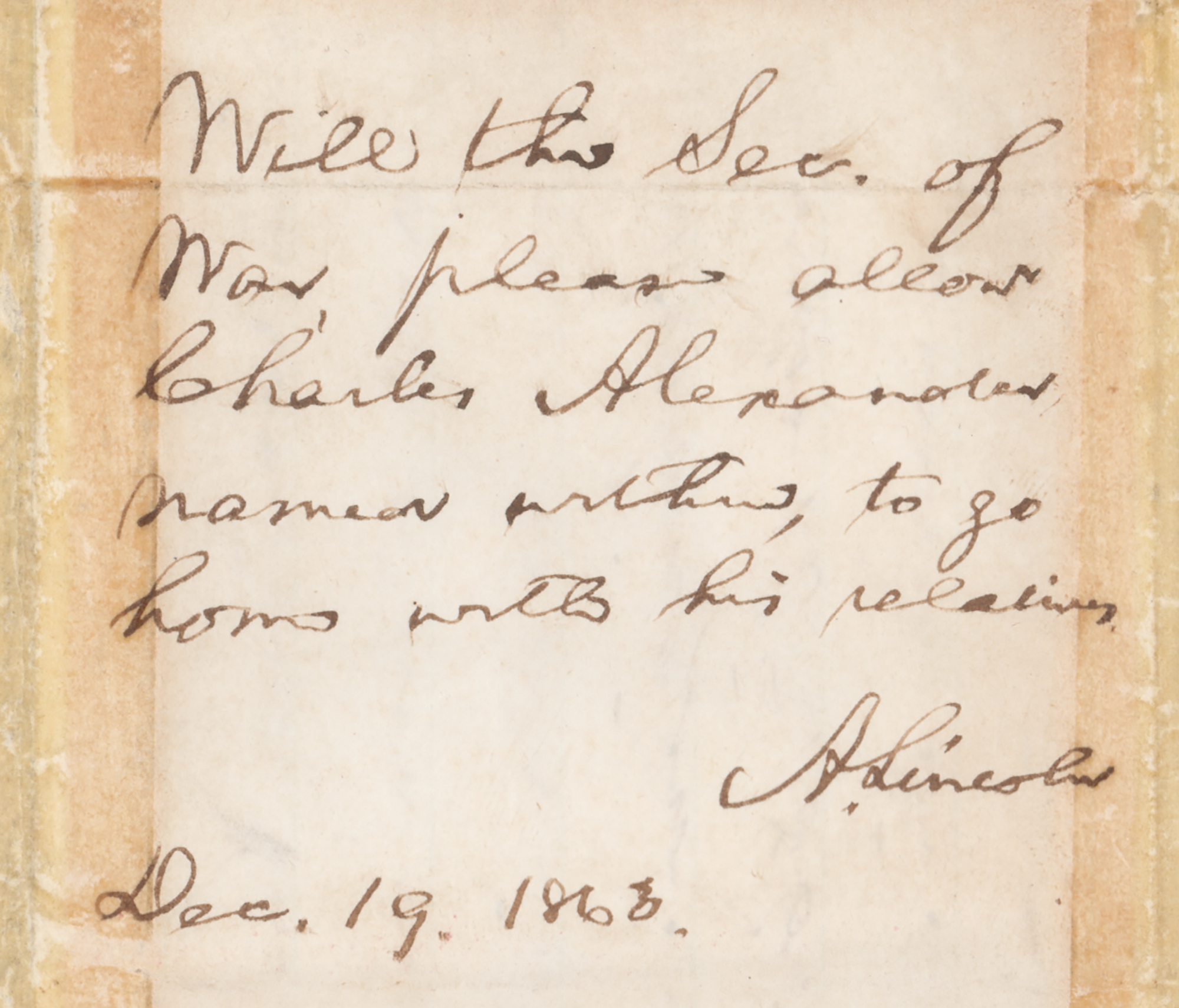 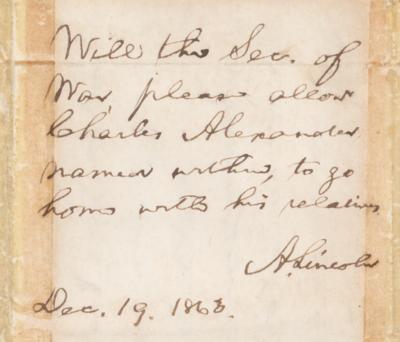 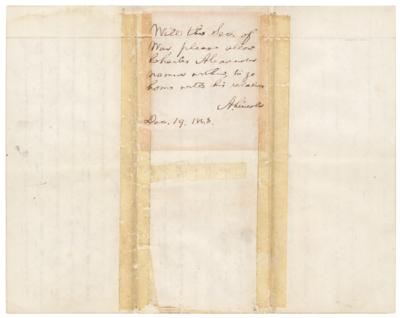 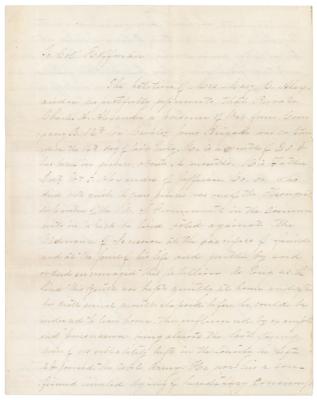 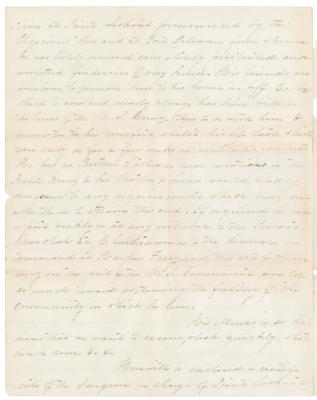 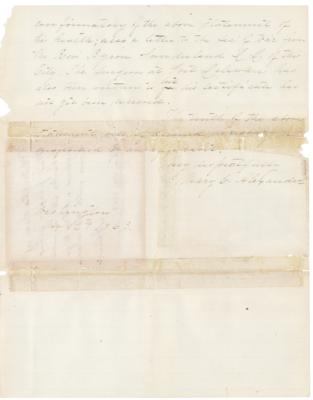 Civil War-dated ANS as president, signed “A. Lincoln,” penned on the reverse of a letter sent by Mary Alexander to Colonel William Hoffman, the Commissary-General of Prisoners, three pages on two adjoining sheets, 7.75 x 9.75, December 19, 1863. Lincoln's handwritten note to Secretary of War Edwin M. Stanton, in full: "Will the Sec. of War please allow Charles Alexander named within, to go home with his relatives."

The letter from Mary Alexander, the mother of a captured and dying Confederate soldier, reads, in part: "The petition of Mrs. Mary C. Alexander respectfully represents that Private Charles A. Alexander a prisoner of War from Company B. 12th Va. Cavalry Jones Brigade was captured on the 14th day of last July. He is a youth of 20 & has been in service about 12 months. His Father Doct. Wm. F. Alexander of Jefferson Co. Va. who died not quite 2 years since was one of the strongest supporters of the U. S. Government in the community in which he lived voted against the Ordinance of Secession at the sacrifice of friends and at the peril of his life and neither by word or deed encouraged this Rebellion. As long as he lived this youth was kept quietly at home and after his death several months elapsed before he could be induced to leave home. Then influenced by example and persuasion being almost the last young man of respectability left in the County he left & joined the Rebel Army. He now lies a confirmed invalid dying of hereditary consumption at Point Lookout pronounced by the Physicians there and at Fort Delaware from whence he was lately removed completely prostrated and unfitted for service of any kind. His friends are anxious to remove him to his home in Jeff. Co. Va. which is now and nearly always has been within the lines of the U.S. Army, there to be with him & minister to his comfort, whilst his life lasts which can only be for a few weeks or months at the farthest. He has no Brother,father or near relations in the Rebel Army & his Mother & Sisters would gladly conform to any requirements which may enable them to attain this end…His illness is so serious that we want to accomplish quickly what can be done." In very good condition, with creasing, paper loss to the hinge, and old tape stains impinging on Lincoln's handwriting.

This particular pardon is unusual, and all the more somber, in that it was elicited by the family of a soldier no longer capable of making the decision himself—Charles Armistead Alexander died at the age of 20 on March 27, 1864. In spite of its brevity, Lincoln’s note captures fully the deep empathy and compassion that characterized both his life and leadership. The president on several occasions traveled great distances to meet and console injured and dying soldiers during the Civil War; that Charles Alexander was a private in the Confederacy only further exemplifies the solicitude and commiseration shown by the sitting president towards all men and their families.