As a gift for her son, Mary Todd commissions a painting by her favorite niece and portraitist 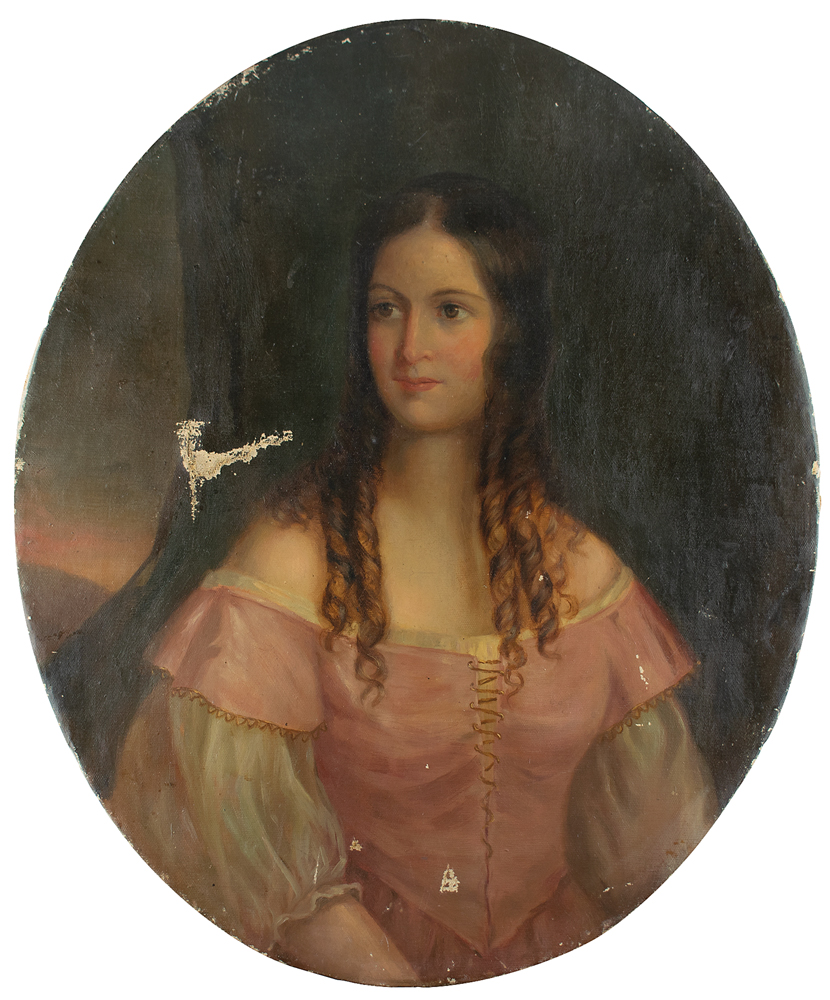 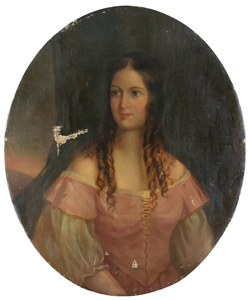 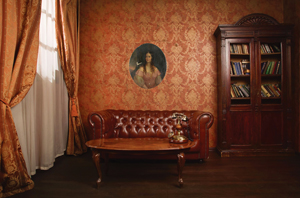 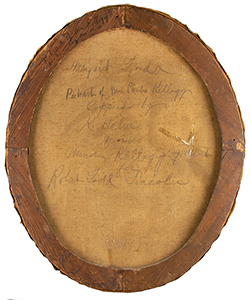 As a gift for her son, Mary Todd commissions a painting by her favorite niece and portraitist

Original portrait painting of Margaret Todd Kellogg, the half-sister of Mary Todd Lincoln, who commissioned her niece Katherine Helm to paint this portrait for her son, Robert Todd Lincoln. Accomplished in oil on canvas stretched over an oval frame measuring 25 x 30, with the reverse of canvas annotated: “Margaret Todd, Portrait of Mrs. Charles Kellogg, Copied by K. Helm from Missus Kellogg’s portrait for Robert Todd Lincoln.” Reverse of frame also annotated: “Portrait of Mrs. Kellogg, sister of Mary Todd Lincoln.” In very good to fine condition, with some scuffing, and two tears, to the canvas.

Katherine Helm (1857-1937) was a daughter of Confederate General Ben Hardin Helm and Emilie Todd Helm, a half-sister to Mary Todd. Katherine, who was Mary Todd’s favorite in-law, was an accomplished painter who painted six portraits of her famous aunt, one of which is part of the White House Art Collection.

The division of family at the onset of the Civil War affected the Lincoln family and many of their extended relatives, which included both Todds and Kelloggs. Charles H. Kellogg, the husband of Margaret Todd Kellogg (1828-1904), the subject of this painting, responded to being passed over for an appointment in the Union by going South and traveling with the Confederate Army, aiding Confederate doctors at Shiloh, and revealing weaknesses in the defense of Washington to the southern military command. Due to his treasonous ways, Margaret had to leave their home in Cincinnati because she was seen as a Confederate sympathizer.

Originates from the Property of Robert Russell Crans, Jr.

This painting descended to the consignor from Robert Todd Lincoln and his children. Additional items, mainly furnishings, have recently been gifted by Robert Russell Crans Jr. to the Lincoln Presidential Library and Museum in Springfield and to Hildene, Robert Todd Lincoln's former residence in New Hampshire. To the best of our knowledge this is very likely the last group of Lincoln artifacts owned by direct or collateral descendants.