President Truman awards John W. Snyder the Medal of Merit for his "financing and construction of facilities required for the successful prosecution of the war" 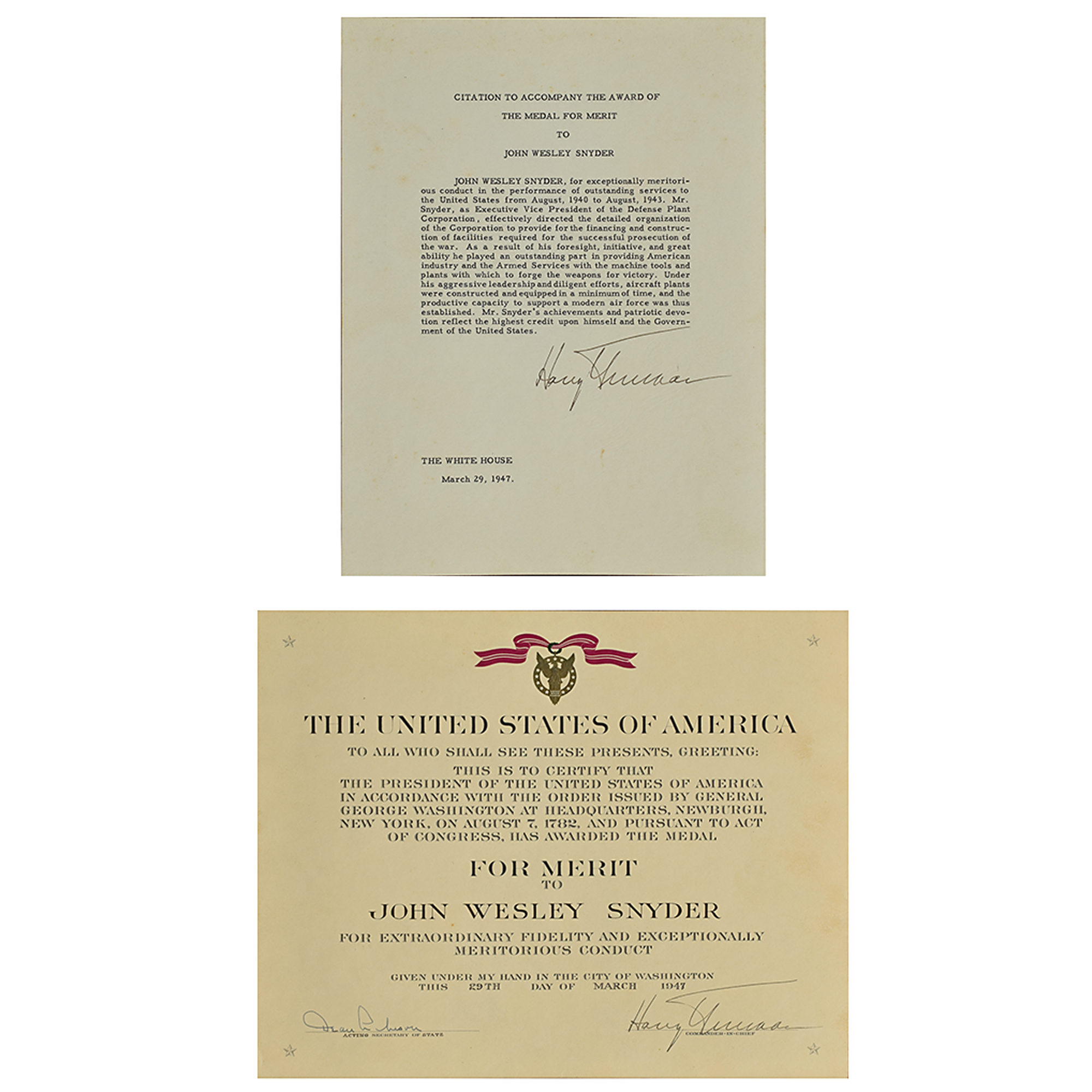 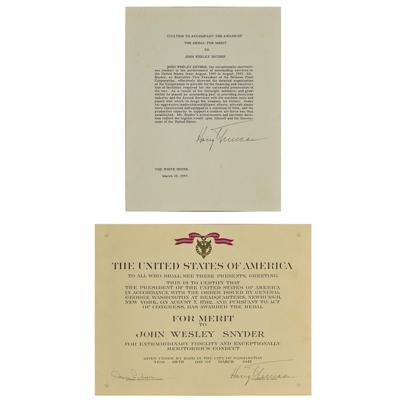 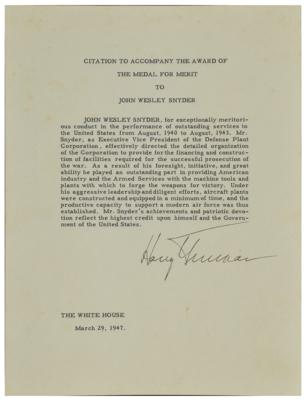 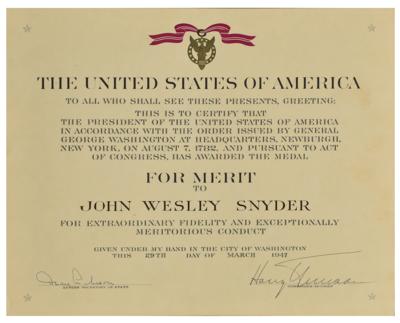 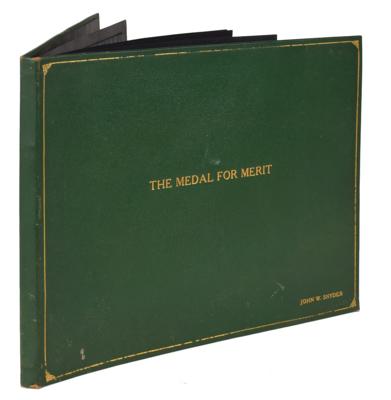 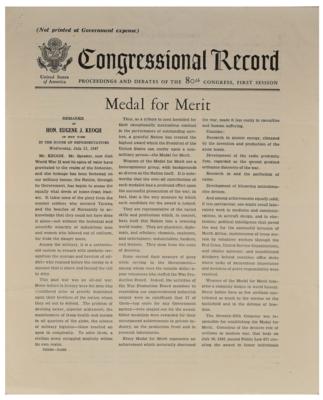 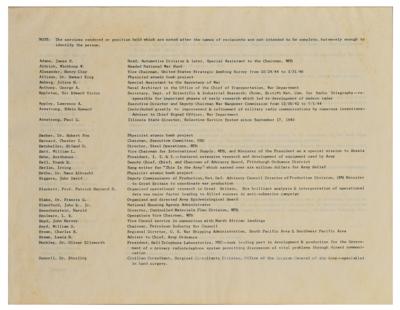 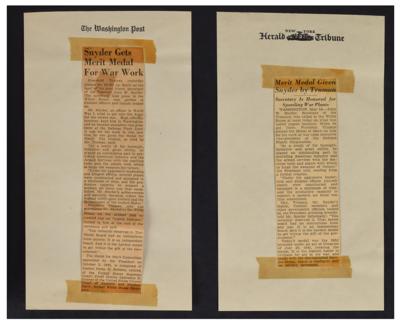 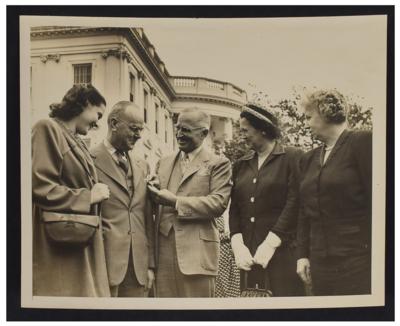 President Truman awards John W. Snyder the Medal of Merit for his "financing and construction of facilities required for the successful prosecution of the war"

Historic custom-made green Morocco leather scrapbook, 14 x 11, imprinted on the front cover, "The Medal for Merit, John W. Snyder," containing two documents signed by Truman: a DS as president, one page, 12 x 9.75, March 29, 1947, in part: "The President of the United States of America in accordance with the Order issued by General George Washington at Headquarters, Newburgh, New York, on August 7, 1782, and pursuant to Act of Congress, has awarded the Medal for Merit to John Wesley Snyder for extraordinary fidelity and exceptionally meritorious conduct," signed at the conclusion by President Truman and Acting Secretary of State Dean Acheson; and a DS as president, one page, 8 x 10, March 29, 1947, headed, "Citation to Accompany the Award of the Medal for Merit to John Wesley Snyder," in full: "John Wesley Snyder, for exceptionally meritorious conduct in the performance of outstanding services to the United States from August, 1940 to August, 1943. Mr. Snyder, as Executive Vice President of the Defense Plant Corporation, effectively directed the detailed organization of the Corporation to provide for the financing and construction of facilities required for the successful prosecution of the war. As a result of his foresight, initiative, and great ability he played an outstanding part in providing American industry and the Armed Services with the machine tools and plants with which to forge the weapons for victory. Under his aggressive leadership and diligent efforts, aircraft plants were constructed and equipped in a minimum of time, and the productive capacity to support a modern air force was thus established. Mr. Snyder's achievements and patriotic devotion reflect the highest credit upon himself and the Government of the United States." Also affixed inside the scrapbook are an image of the Medal for Merit, an original Acme Newspictures photo of President Truman presenting the medal to Snyder, newspaper clippings concerning the award, and a typescript of a list of recipients of the award, as well as a laid in copy of the list published in the Congressional Record. In overall fine condition, with light wear to the leather covers. As head of the Defense Plant Corporation, Snyder directed the financing of the facilities at Oak Ridge for the construction of the atomic bombs dropped on Hiroshima and Nagasaki, which effectively ended World War II.