Showing strong leadership for his men, Washington writes to Governor Trumbull to repay patriot soldiers at the end of the Revolution 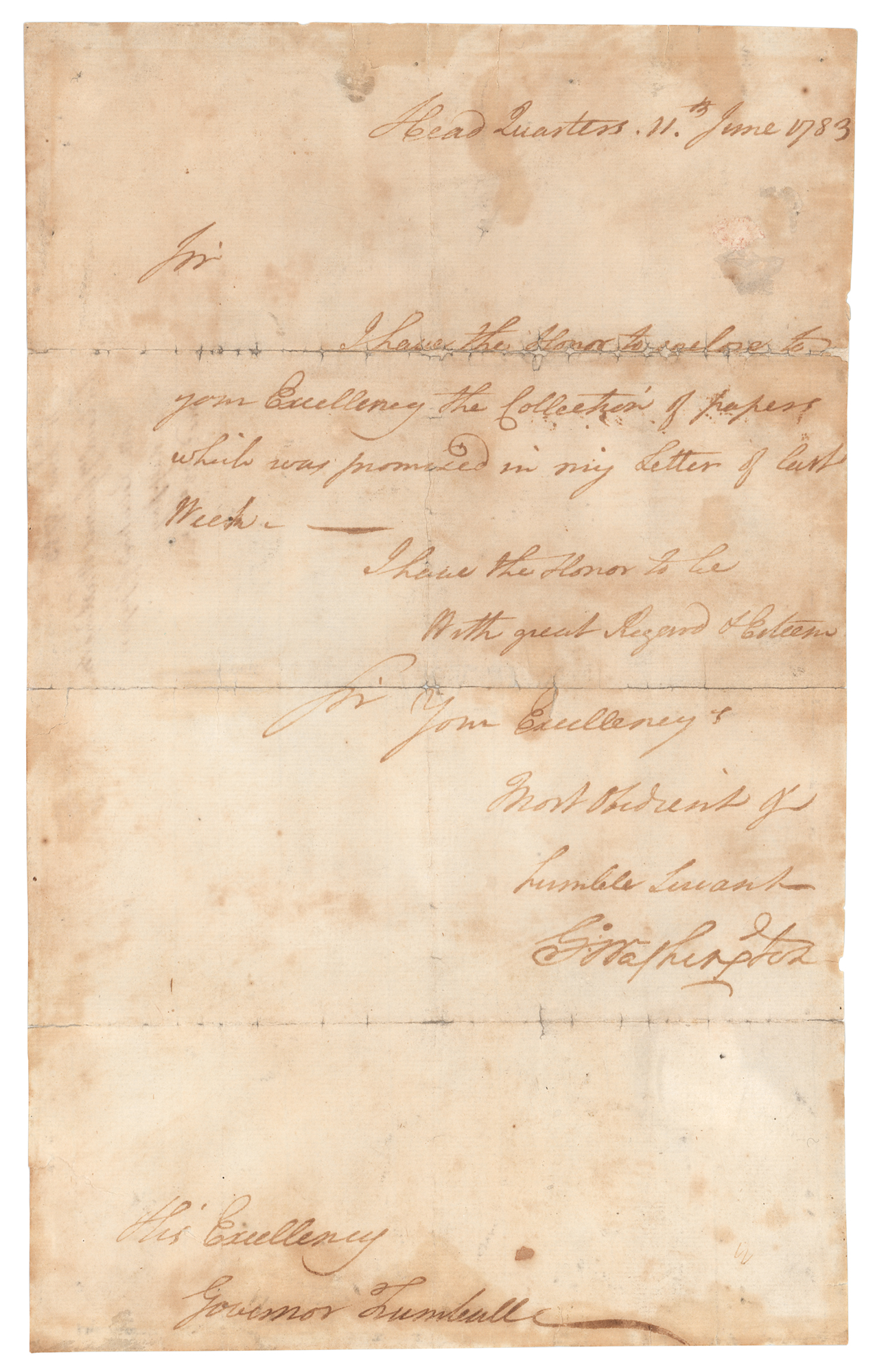 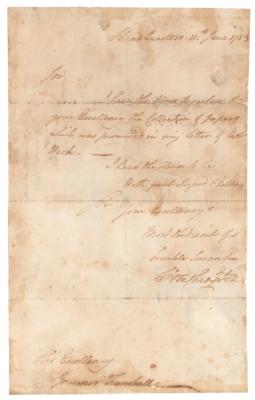 Showing strong leadership for his men, Washington writes to Governor Trumbull to repay patriot soldiers at the end of the Revolution

Revolutionary War-dated LS signed “Go: Washington,” one page, 7.75 x 12.75, June 11, 1783. Written from the "Head Quarters" of the Continental Army, a letter to Connecticut Governor Jonathan Trumbull, forwarding paperwork relative to the reimbursement of Army officers, in full: "I have the honor to enclose to your Excellency the Collection of papers which was promised in my Letter of last Week. I have the Honor to be, With great Regard & Esteem, Sir Your Excellency's Most obedient & humble servant." In very good condition, with overall staining, and repairs on the reverse to fold separations.

On June 8, 1783, General Washington wrote a circular to the chief executives of the American states, and through them to the American people, a letter of farewell that outlined four necessities for the survival of the United States as an independent republic: that the Union remain organized under a supreme governing body; that the debt of the nation accrued during the War of Independence be repaid; that militia be of a high and consistent standard throughout the country; and that a peaceful relationship exist between all citizens of the United States, regardless of region.

As is echoed in this very letter, Washington similarly advocated for Congress to compensate the soldiers, officers, and veterans of the Continental Army. A portion of Washington’s words, quoted from the aforesaid circular: ‘Having in consequence of my fixed belief in some measure pledged myself to the Army, that their Country would finally do them compleat and ample Justice, and not wishing to conceal any instance of my official conduct from the eyes of the World, I have thought proper to transmit to your Excellency the inclosed collection of Papers, relative to the half pay and commutation granted by Congress to the Officers of the Army…As to the Idea, which I am informed has in some instances prevailed, that the half pay and commutation are to be regarded merely in the odious light of a Pension, it ought to be exploded forever; that Provision, should be viewed as it really was, a reasonable compensation offered by Congress, at a time when they had nothing else to give, to the Officers of the Army, for services then to be performed. It was the only means to prevent a total dereliction of the Service, It was a part of their hire, I may be allowed to say, it was the price of their blood and of your Independency, it is therefore more than a common debt, it is a debt of honour, it can never be considered as a Pension or gratuity, nor be cancelled until it is fairly discharged.’