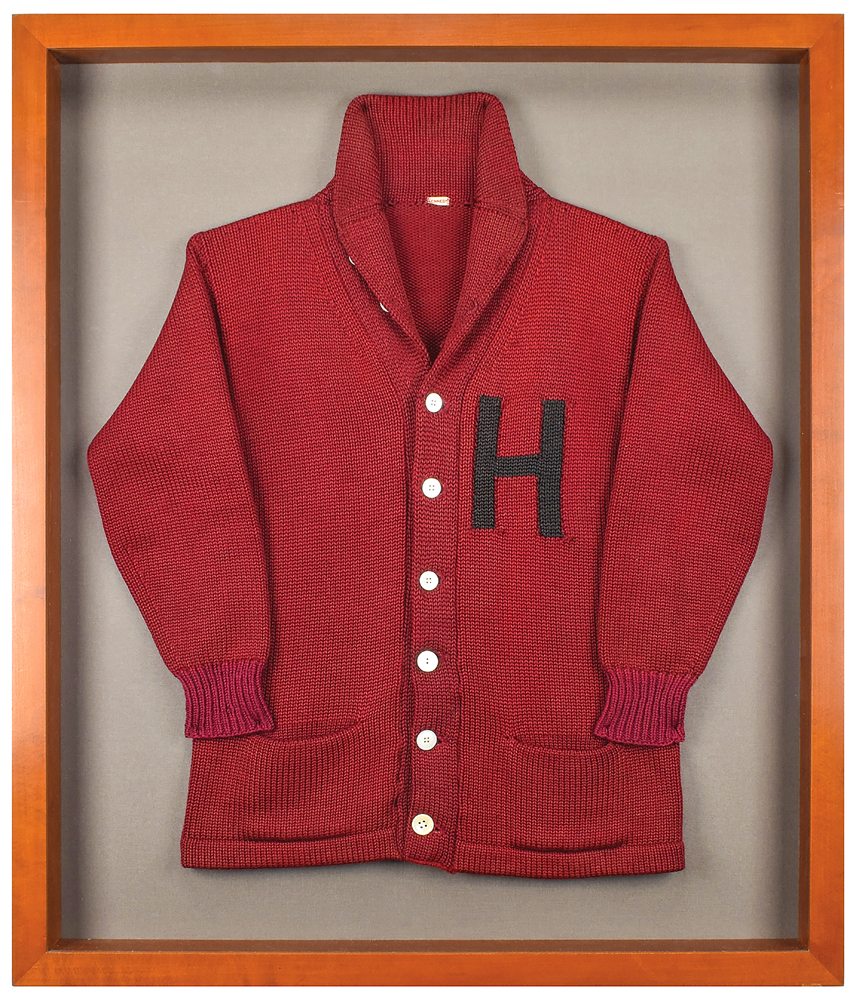 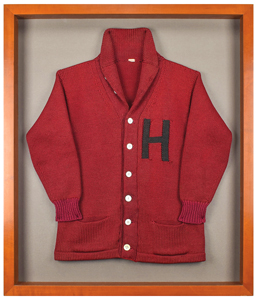 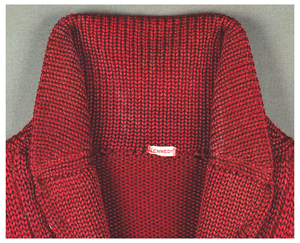 Previous Lot
Next Lot
This lot has closed
Estimate: $35000+

John F. Kennedy’s crimson red wool cardigan sweater with shawl collar, featuring a large black block-letter “H” for his alma mater, Harvard, knitted into the left breast. A label sewn into the collar is embroidered in red thread with his surname, “Kennedy.” The handsome, classically-styled collegiate sweater features eight brilliant white mother-of-pearl buttons (six along the front and two on the neck), with two sewn-in pockets on the front. The sweater measures 32″ from the shoulder to the bottom, and would fall to the hip. Attractively mounted and framed in a large 34.5 x 40.5 shadowbox display. In fine condition.