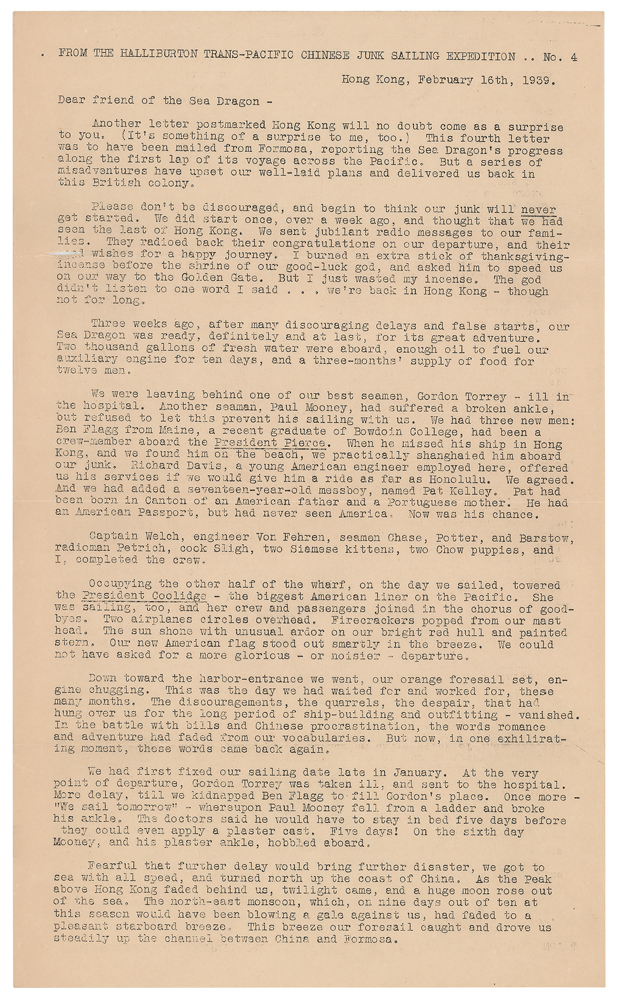 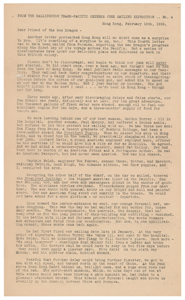 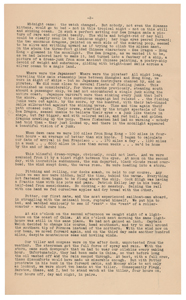 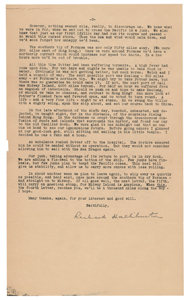 Remarkable subscription letter sent by adventurer and travel writer Richard Haliburton to the benefactors of his fateful Sea Dragon expedition of 1939, which sought to sail a Chinese junk across the Pacific Ocean from Hong Kong to San Francisco. Entitled “From the Halliburton Trans-Pacific Chinese Junk Sailing Expedition…No. 4,” this three-page letter, 8.5 x 14, was sent as the fourth and, consequently, final installment to an unknown number of his subscribers, and is signed at the conclusion in fountain pen by Halliburton.

The letter, dated from Hong Kong, February 16, 1939, and addressed to a “Dear friend of the Sea Dragon,” finds Halliburton and his crew over 100 miles into their first voyage from China to San Francisco, when the decision was made to return to Beijing to save the life of crewman John Potter who had become terribly ill. Halliburton, successfully masking his vexation at the continued delay of their voyage, expresses strongly his desire to try again, and leaves his readers with this: "In about another week we plan to leave again, to slip away as quietly as possible, and head east, once more around the southern tip of Formosa—and straight on to Midway. If all goes well, the next letter, the fifth, will carry an American stamp, for Midway Island is American. When this, the fourth letter, reaches you, we'll be a thousand miles along the way—I hope.” In fine condition, with a small partial separation to the upper mailing fold of each page. Accompanied by the original mailing envelope, addressed to R. M. Crabb of Louisville, Kentucky, postmarked at Kowloon, Hong Kong on February 18, 1939.

Halliburton’s fifth letter would never come. He and his Sea Dragon crew went missing on March 24th, some three weeks out to sea, when the ship headed into a typhoon approximately 1,200 miles west of Midway. The final message received from the junk was sent by its captain John Wenlock Welch to the liner President Coolidge: ‘Southerly gale. Heavy Rain Squalls. High sea. Barometer 29.46. True course 100. Speed 5.5 knots. Position 1200 GCT 31.10 north 155.00 east. All well. When closer may we avail ourselves of your direction finder. Regards Welch.’ Halliburton was declared dead on October 5, 1939 by the Memphis Chancery Court. A unique piece of adventure and maritime history.