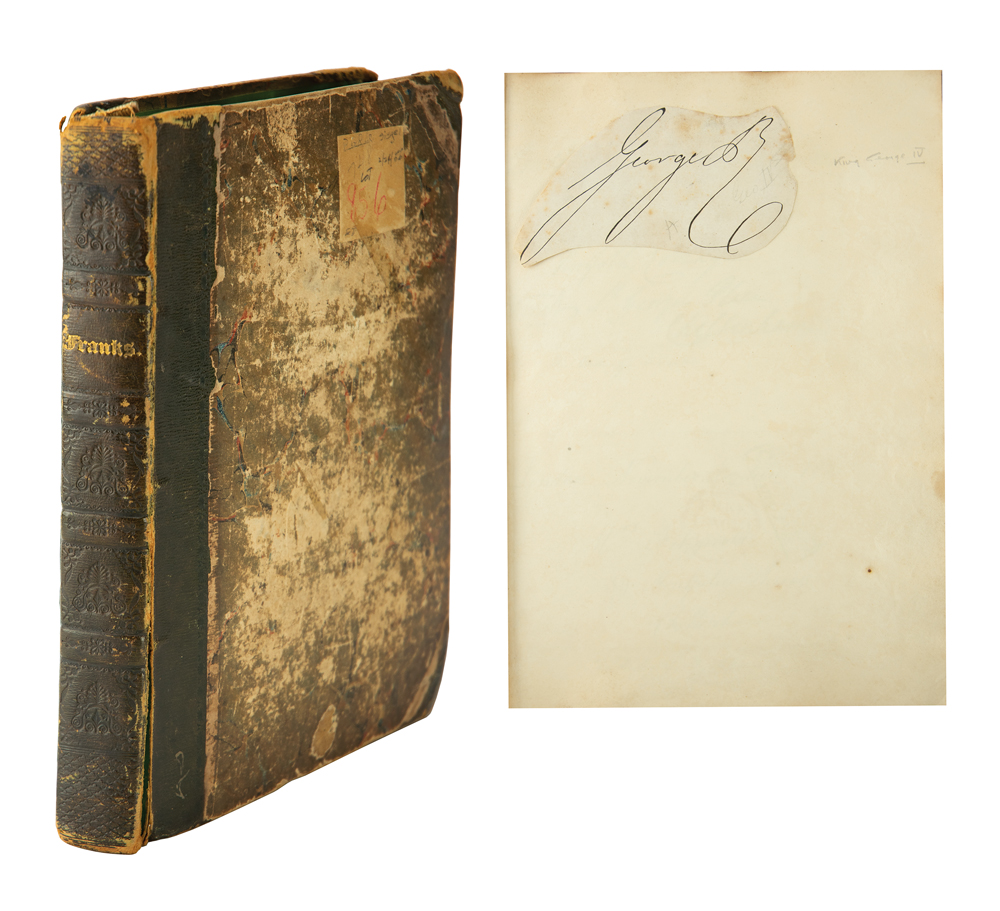 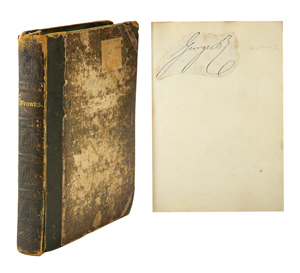 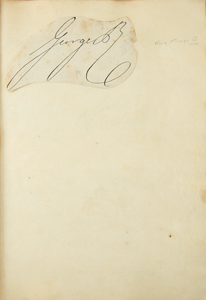 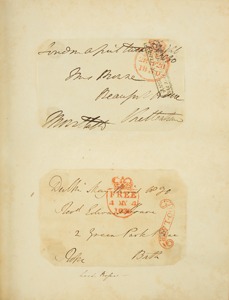 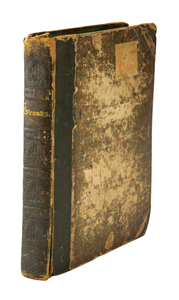 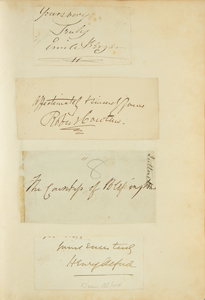 Period autograph album, 8.5 x 10.25, containing over 220 signatures of British nobility from between 1820 and 1850, the majority of which are incorporated as franks into hand-addressed mailing envelopes that are clipped and affixed to the front of each page. The album is highlighted by a signature of King George IV, “George R,” which can be found on the opening page. Among the various noble titles included are the Earls of Grosvenor, Hopetoun, Longford, and Morpeth; the Dukes of Beaufort, Cambridge, Dorset, Grafton, Richmond, St. Albans, and Sussex; the Marquess of Downshire, Lothian, Northampton, and Stafford, and many more, with a sampling of names as follows: Henry John Temple (3rd Viscount Palmerston), Garnet Wolseley, William Magee, Randolph Stewart, Richard Cobden, Frederic Thesiger, James Mann (5th Earl Cornwallis), Horatio Nelson (3rd Earl Nelson), John Spencer (3rd Earl Spencer), and many others. In very good condition, with heavy cover wear, light staining to the irregularly trimmed George signature, and corner stains to most of the affixed envelopes inside.