"I took a fond look of the blue sky above me, feeling it might be my last on Earth"—the remarkable diary of a Confederate soldier in 1861, with a riveting firsthand account of the First Battle of Bull Run 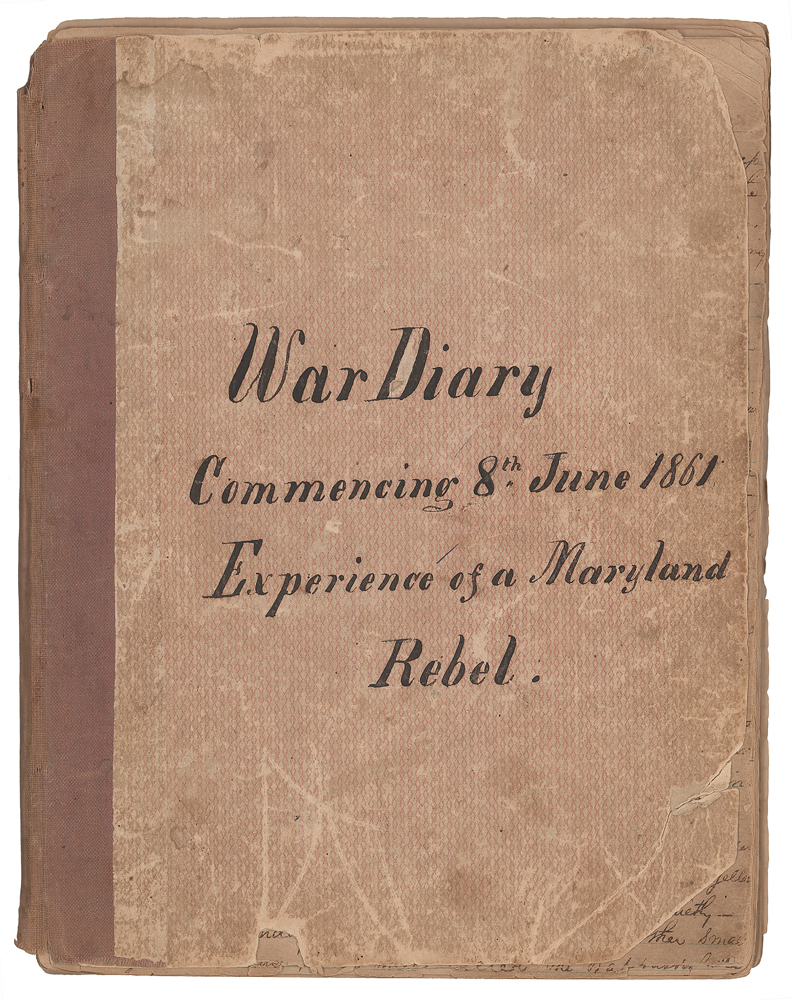 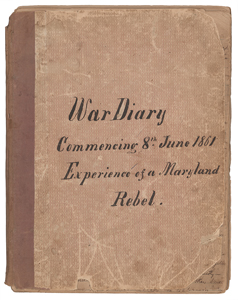 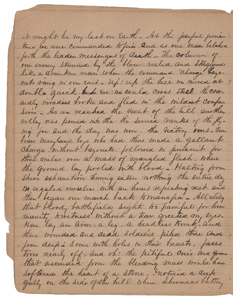 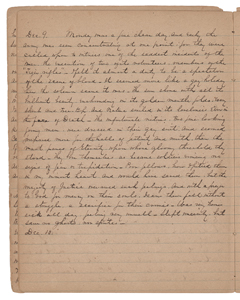 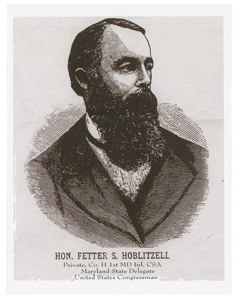 "I took a fond look of the blue sky above me, feeling it might be my last on Earth"—the remarkable diary of a Confederate soldier in 1861, with a riveting firsthand account of the First Battle of Bull Run

Exceptional Civil War diary of Fetter Schrier Hoblitzell, a private in the First Maryland Regiment of Infantry of the Confederate Army, who later served as the speaker of the Maryland House of Delegates and as a congressman in Maryland's 3rd congressional district. The diary, 8 x 10.25, consists of approximately 52 pages of bold, neatly penned entries spanning the six harsh months between June 8, 1861 and December 9, 1861, beginning with Hoblitzell’s exciting steamer journey from Baltimore to Richmond, and concluding with his attending the execution of two volunteers of the “Tiger rifles,” an event he deemed as “one of the saddest incidents of the war.” He writes: “Poor fellows, how I pitied them in my inmost heart and would have saved them, but the majesty of Justice over-awed such feelings. And with a prayer to God for mercy on their souls, I saw them fall without a struggle, a sacrifice for their crimes.”

The most terrific passage within Hoblitzell’s diary describes vividly his experience at the First Battle of Bull Run on July 21st, with Hoblitzell, as he is wont to do, juxtaposing the gruesome horror of the warring action with excellent, highly descriptive, if not routinely poetical prose that recalls the spirit of Stephen Crane.

The entry, covering a full five pages, in part: “Sunday reveille beat at 3 o’clock and by daylight we were being carried by a steam horse at a fine rate bound for Manassas, a distance of forty miles. On arriving near the junction our attention was attracted to heavy firing on the left of the rail-road…We began our march to a battle field real…and for long miles continued our course onward, now through dense woods, now across fields, scooping up water to quench the unnatural thirst excited with our hands from the muddy little pools as we ran through them, red as they were with the blood of brave, wounded soldiers…Within a half-mile of the scene of action the roads were scattered with the wounded and dying who urged us on to deeds of glory. I am sorry to record the humiliating fact that many of our men were found flying from the field, who begged us not to go in the fight, the day was lost, and we would be cut to pieces…

Within a few hundred yards of the hottest of the fight a volley of minnie balls sung past our ears…we pushed on to the edge of a piece of nearer the scene of blood…The experience of a lifetime seemed crowded in that moment. And I took a fond look of the blue sky above me, feeling it might be my last on Earth. At this fearful time we were commanded to fire…The column of our enemy stunned by the blow reeled and staggered like a drunken man. When the command ‘charge’ bayonets rang in our ears—Up! Up the hill we moved at double quick, but ere we could cross steel the cowardly invaders broke and fled in the wildest confusion. As we reached the crest of the hill another volley was poured into the service ranks of the flying foe. And the day was won. The victory ours.

Our brave Maryland boys who had thus made a gallant charge, without bayonets, followed in pursuit for three miles over a mass of mangled flesh, where the ground lay pooled with blood…All along that bloody battlefield sights too painful for humanity to witness without a tear greeted my eyes. Here lay an arm, a leg, a headless trunk! And there wounded and dead soldiers piled three and four deep; some with holes in their breasts, faces torn nearly off, and oh! the pitiful cries and groans that ascended from the bleeding mass would have softened the heart of a stone. I noticed a deep gully in the side of the hill where Sherman’s battery had been captured that was literally choked for thirty feet with the bodies of the dead, wounded, and dying of our foe.

More than once did I leave the ranks to give a drink of cold water to out beaten enemies and they blessed me. One poor fellow, with both legs off hardly tasted of the water when he expired with a groan. In his haversack was found a letter directed to his wife in Maine, in which he wrote her he certainly would be home to eat his Thanksgiving dinner….with such fond expectations swelling his heart he had fallen in a bad cause as ingloriously sustained. And now a widowed heart must mourn for him whose loss was the desolation of a once happy home.”

The balance of the diary offers mostly quotidian comings and goings of a Confederate soldier as he reminisces of home, endures both weather and hunger, and trudges ahead in search of Union forces. However, a glaring difference between Hoblitzell’s diary and that of others from the Civil War lies in its writing, with over 50 pages of bold, crisp penmanship that cries out with eager, poetical, and consistently eloquent content; content that swiftly and graphically transports the reader to the camps, the roads, and the frontlines of Virginia 1861.

The front cover of the diary is marked in another hand, “War Diary, Commencing 8th June 1861, Experiences of a Maryland Rebel,” and the inside front cover bears the affixed opening page of Hoblitzell’s diary, which features two ownership signatures. In very good to fine condition, with heavy wear to the covers and separation to the spine; the interior pages are loose, but generally fine.