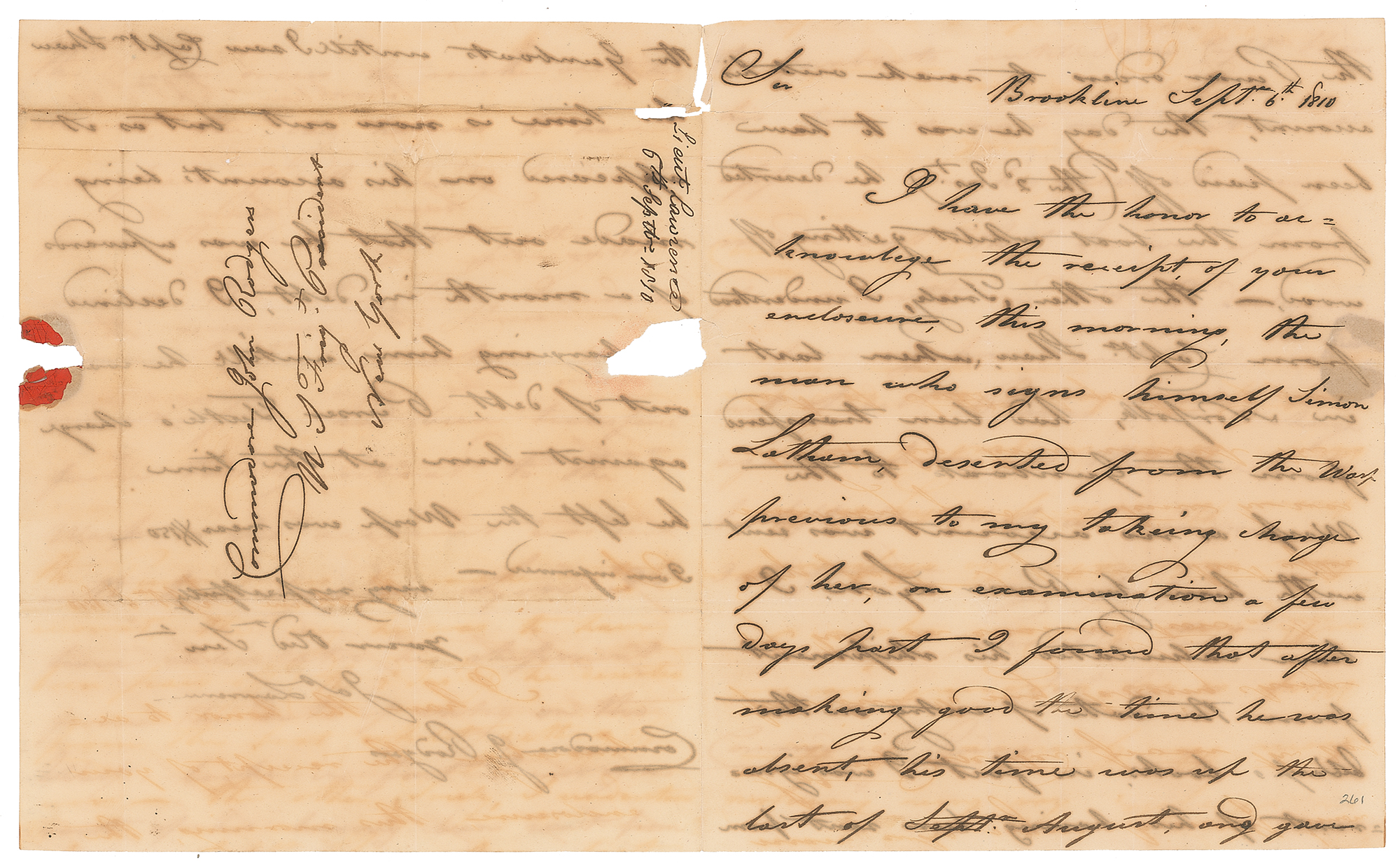 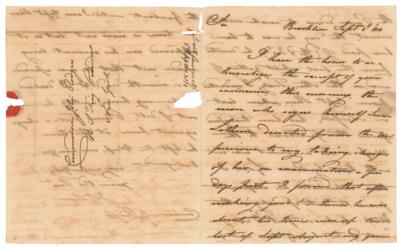 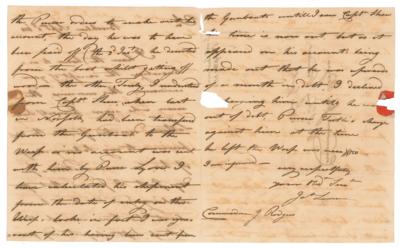 American naval officer who served as a commander of the USS Chesapeake during the War of 1812. He is perhaps best known for his dying command, 'Don't give up the ship!,' following an intense battle with the HMS Shannon off of Boston Harbor. ALS signed “Jas. Lawrence,” three pages on two adjoining sheets, 7.75 x 9.25, September 6, 1810. Written from "Brooklline," a letter to Commodore John Rodgers of the USS President, in full: "I have the honor to acknowledge the receipt of your enclosure, this morning, the man who signs himself Simon Latham, deserted from the Wasp previous to my taking charge of her, on examination a few days past I found that after making good the time he was absent, his time was up the last of August, and gave the Purser orders to make out his amount, the day he was to have been paid off (the 2d Inst.) he deserted from the boat whilst getting off wood,—the other, Truly, I understood from Captn Shaw, when last in Norfolk, had been transferred from the Gunboat to the Wasp as no amount was sent with him by Purser Lyon. I have calculated his shipment from the date of entry on the Wasp's books, in fact I was ignorant of his having been sent from the Gunboats untill I saw Captn Shaw his time is now out, but as it appeared on his account; being made out that he was upwards of a month in debt, I declined charging him untill he was out of debt, Purser Tuttle's charge against him at the time he left the Wasp was near $150—I am informed." In very good to fine condition, with partial splitting to the hinge, two edge tears, ink erosion affecting one word of text, and seal-related paper loss to the integral address leaf.