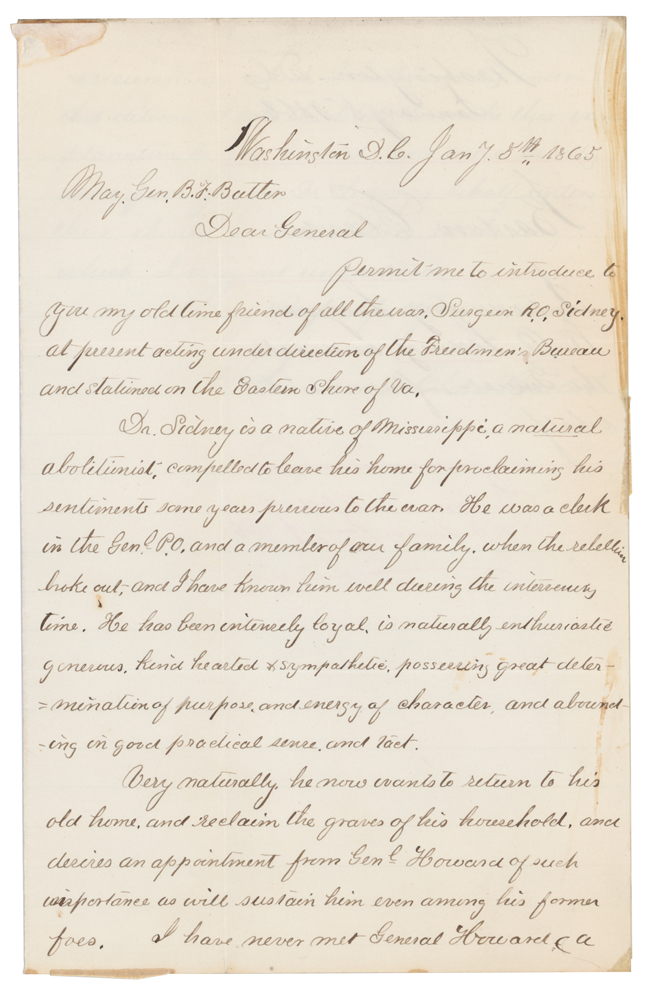 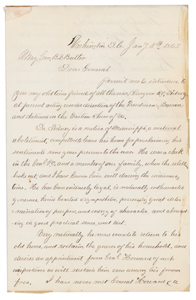 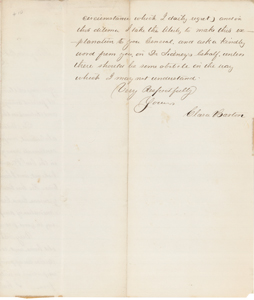 Pioneering nurse and humanitarian (1821-1912) who founded the American Red Cross. Civil War-dated ALS, two pages on two adjoining sheets, 5 x 8, January 8, 1865. Letter to General Benjamin F. Butler, about a surgeon, "a Native of Mississippi, a Natural Abolitionist" and a member of the Freedman's Bureau. In part: "Permit me to introduce to you my old time friend of all the war, Surgeon R. O. Sidney, at present acting under direction of the Freedman's Bureau and stationed on the eastern shore of Va. Dr. Sidney is a native of Mississippi, a natural abolitionist, compelled to leave his home for proclaiming his sentiments some years previous to the war. He was a clerk in the Gen'l P.O. and a member of our family, when the rebellion broke out, and I have known him well during the intervening time. He has been intensely loyal, is naturally enthusiastic, generous, kind hearted & sympathetic, possessing great determination of purpose, and energy of character, and abounding in good practical sense and tact.

Very naturally, he now wants to return to his old home, and reclaim the graves of his household, and desires an appointment from Genl Howard of such importance as will sustain him even among his former foes. I have never met General Howard (a circumstance which I daily regret) and in this dilemma I take the liberty to make this explanation to you General, and ask a kindly word from you, on Dr. Sidney's behalf, unless there should be some obstacle in the way which I may not understand." In very good to fine condition, with old adhesive stains to the edges of the first page, and a short edge tear to the second page.