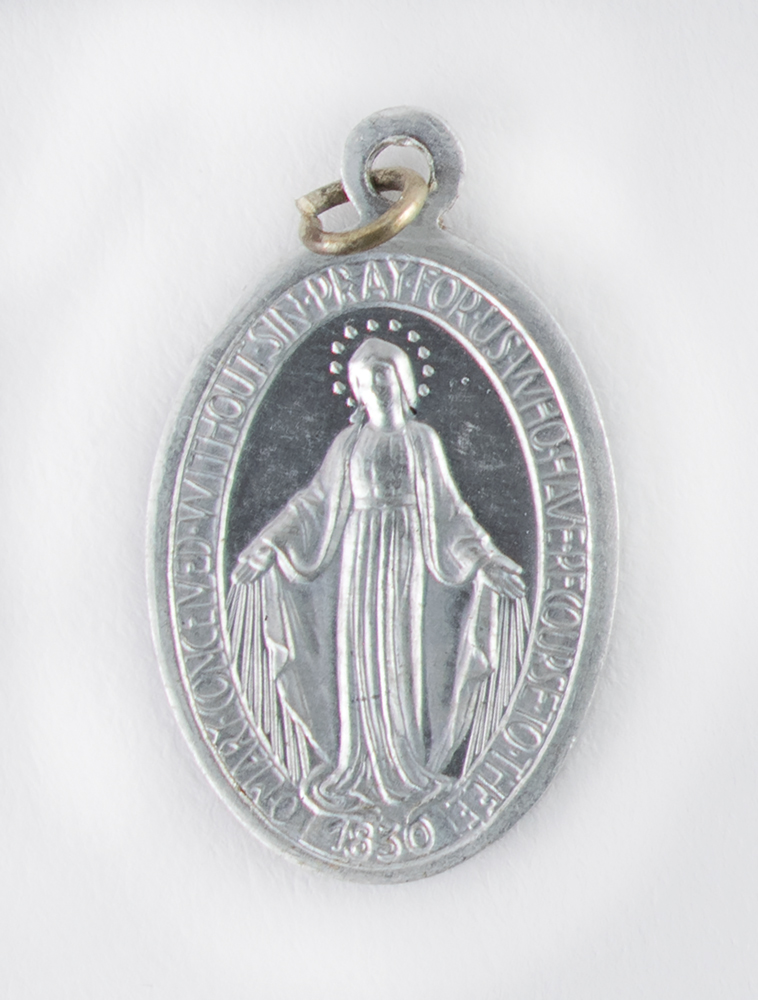 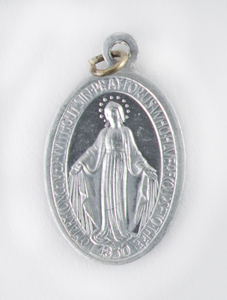 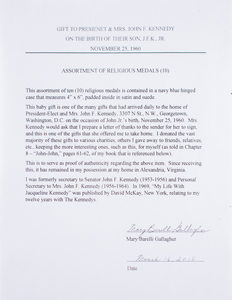 Lovely Italian-made silver-tone Virgin Misericordia (Virgin of Mercy) religious medal gifted to John and Jacqueline Kennedy upon the birth of their son John F. Kennedy, Jr. The pendant, .5 x .75, bears a divine image of the Virgin Mary encircled by prayer text, with reverse featuring a raised symbol of the Marian cross. In fine condition.

Accompanied by a photocopied letter of provenance from Mary Barelli Gallagher, originally written for a set of 10 religious medals, in part: "This baby gift is one of the many gifts that had arrived daily to the home of President-Elect and Mrs. John F. Kennedy, 3307 N St., N.W., Georgetown, Washington, D.C. on the occasion of John Jr.'s birth, November 25, 1960. Mrs. Kennedy would ask that I prepare a letter of thanks to the sender for her to sign, and this is one of the gifts that she offered me to take home. I donated the vast majority of these gifts to various charities, others I gave away to friends, relatives, etc., keeping the more interesting ones, such as this, for myself." Provenance: Collection of Mary Barelli Gallagher, Bonhams, 2017. Barelli was secretary to Senator John F. Kennedy from 1953-1956, and personal secretary to Jackie Kennedy from 1956-1964.