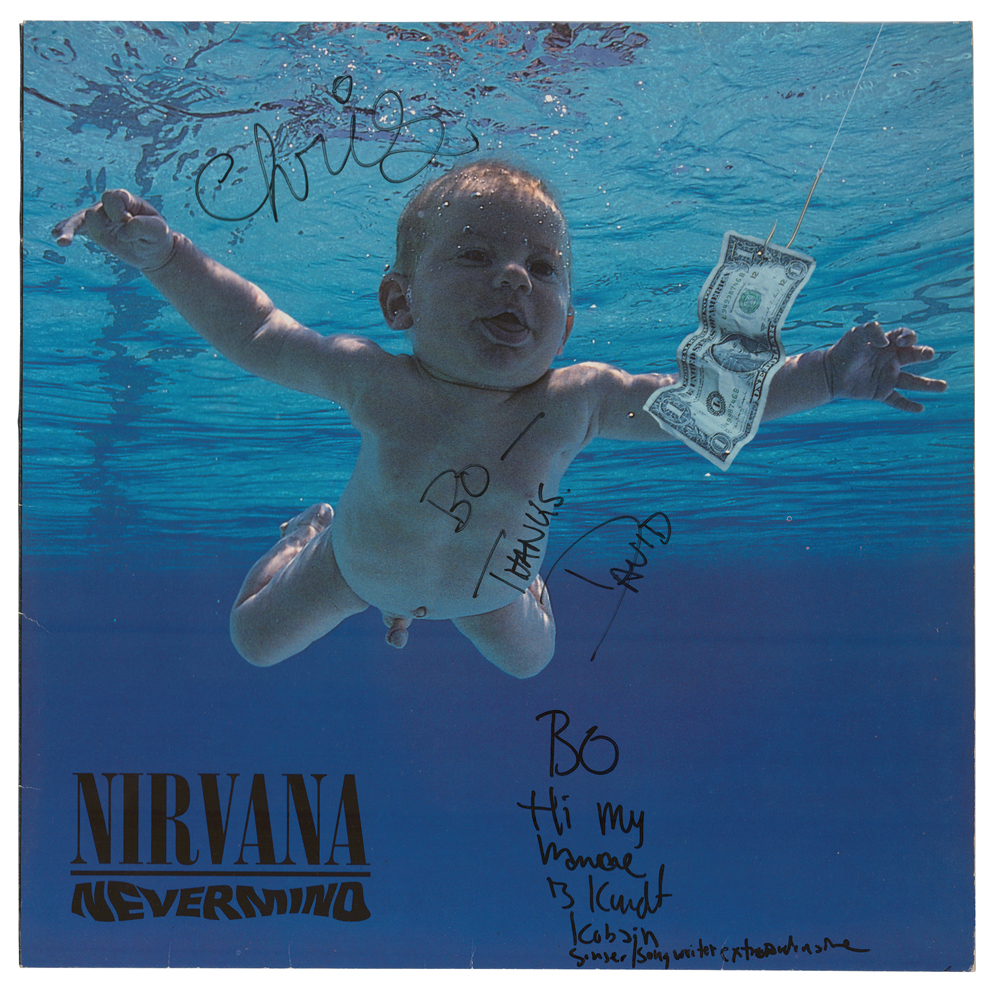 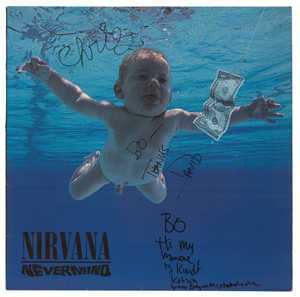 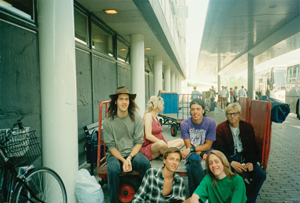 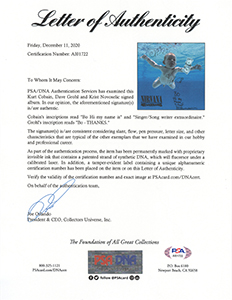 Nevermind album by Nirvana, signed and inscribed on the front cover in black felt tip, "Bo, Hi my name is Kurdt Kobain, singer/songwriter extraordinaire," "Bo—Thanks, David," and "Chris." In fine condition. The record is not included. Accompanied by full letters of authenticity from REAL and PSA/DNA, and by a photo taken at the time of signing, which depicts the band, Courtney Love, and the consignor outside the Copenhagen Airport on June 27, 1992, the same date the band played at the Ruisrock Festival in Turku, Finland.

The consignor notes: "We (Denmark) had won the European Championship in football the same night Nirvana played their concert at Roskilde [Aug. 26th], so the next day, when we went to the airport to see if we could meet Nirvana, we were pretty hung over. We got there around 10 in the morning and after an hour or so, Pearl Jam, who had also played at Roskilde, showed up. Then half an hour later, we saw Dave and Krist sitting on a baggage trolley outside the airport by themselves. We talked to them and got signatures for about five minutes, then Kurt and Courtney showed up. We asked them about the show the night before (they didn’t seem to have enjoyed the show very much) and Kurt showed us his new pocket watch he seemed to like a lot. We sat talking to them for 20 minutes.”

The release of Nevermind and hit single 'Smells Like Teen Spirit' rocketed the grunge trio into the rock and roll mainstream by the close of 1991. By January 1992, Nirvana's sophomore effort had supplanted Michael Jackson's Dangerous as the top album in the country, and the follow-up singles 'Come as You Are,' 'In Bloom,' and 'Lithium' distinguished the record as one of the greatest surprises in rock and roll history.