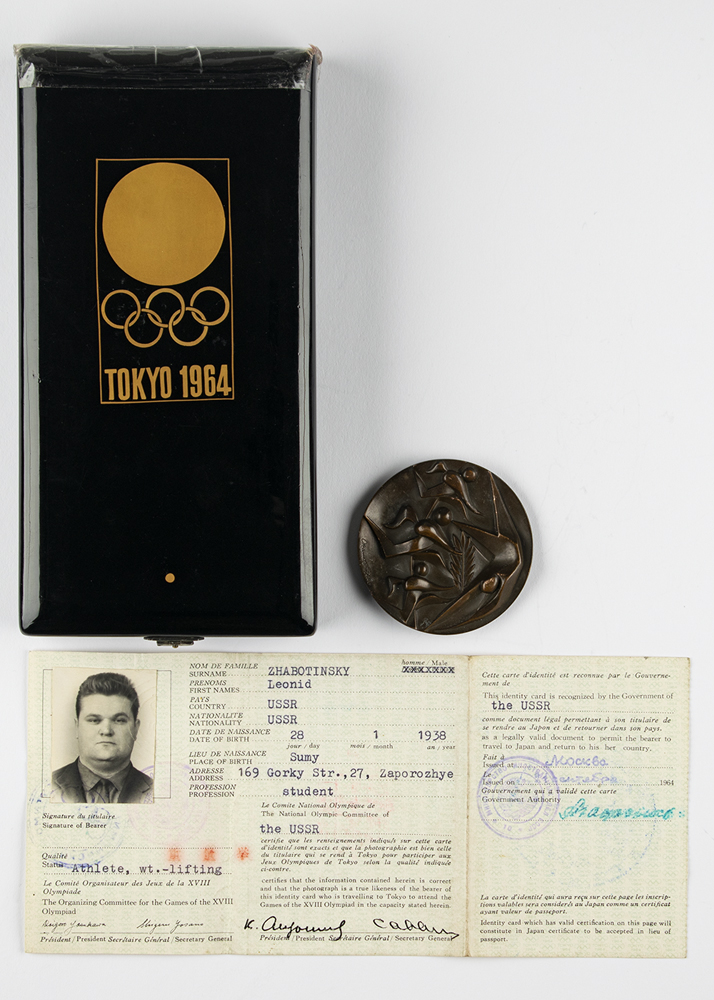 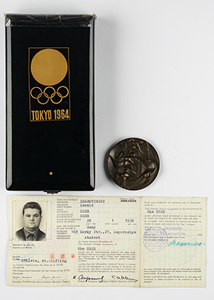 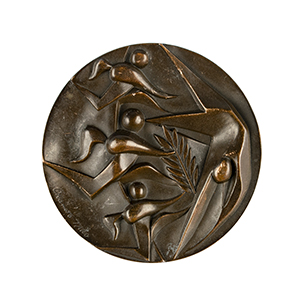 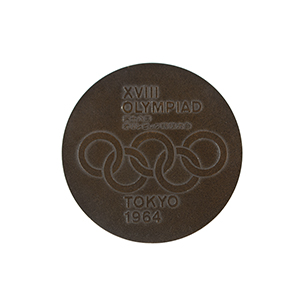 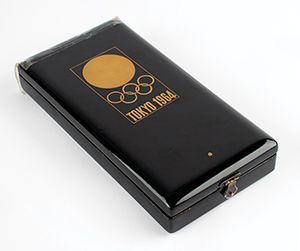 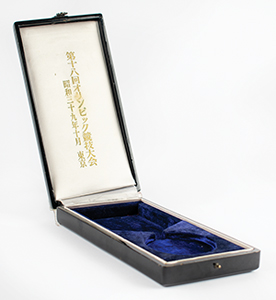 Third is Zhabotinsky’s gold medal winner’s black lacquer presentation case, 4 x 8 x 1.25, with cover bearing the Tokyo Games emblem and the single dot signifying first place; the interior features a velvet medal liner and the underside of cover is adorned with a Japanese sentiment; the cover has detached from hinge and is now held in place with tape. In overall fine condition.

In an athletic event that featured the world’s biggest stars, weightlifter Leonid Zhabotinsky was larger than life. Representing the Soviet Union in the heavyweight division, Zhabotinsky squared off against his archrival and Soviet teammate, Yuri Vlasov, who was determined to defend his 1960 Rome gold medal. With one lift remaining in the competition’s three events—the clean and press, the snatch, and the clean and jerk—Zhabotinsky delivered a mighty final effort, breaking his own clean and jerk record and securing his first gold medal.

Four years later, at the 1968 Mexico City Games, he soundly defended his position and attained his second Olympic gold to become the first two-time Olympic champion in the men's heavyweight class. Prior to the victory, the 6-foot 3-inch and 365-pound Zhabotinsky stole the show when he marched in the opening parade: while all the other flag-bearers held their national banners with two hands, Zhabotinsky marched ahead effortlessly, gripping the 40-pound Soviet banner with only one. So inspiring was the Soviet strongman to budding weightlifters and bodybuilders the world over, that as a young Austrian teenager Arnold Schwarzenegger kept a photograph of Zhabotinsky taped over his bed.