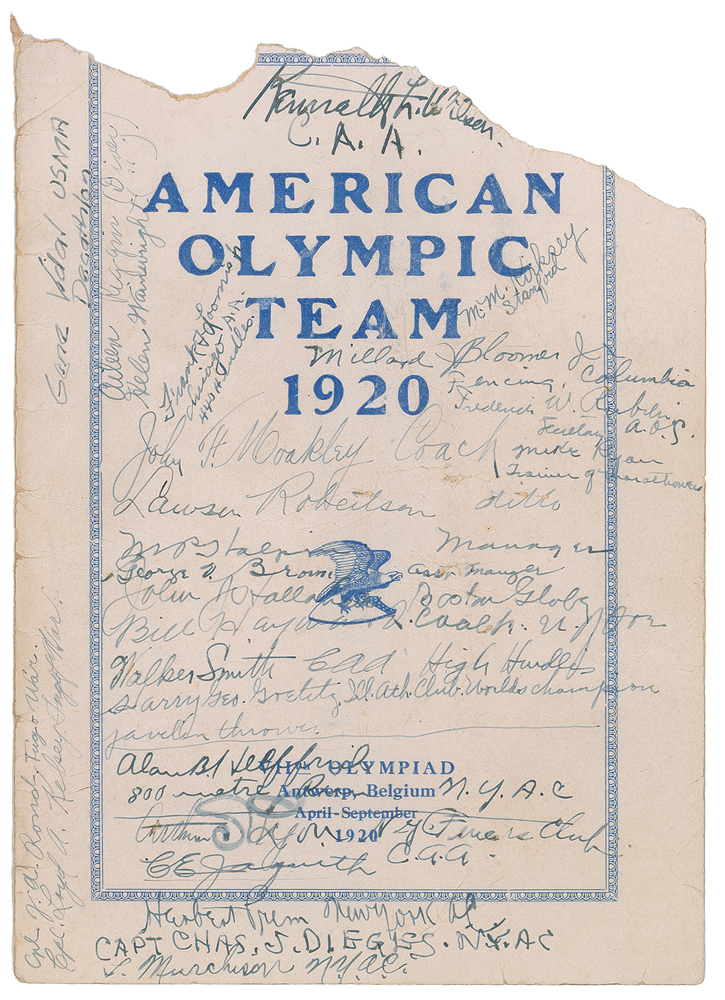 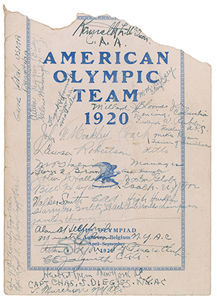 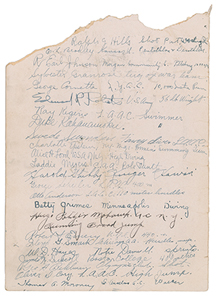 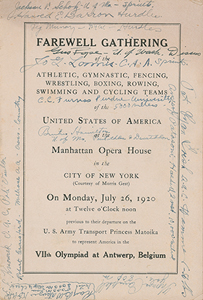 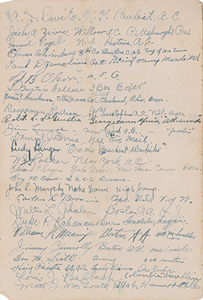 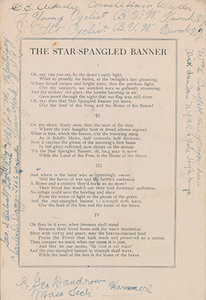 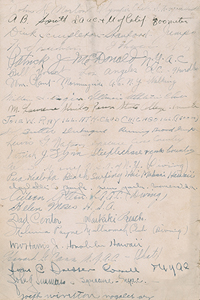 Tug Wilson's program for a “Farewell Gathering of the Athletic, Gymnastic, Fencing, Wrestling, Boxing, Rowing, Swimming and Cycling Teams of the United States of America,” to be held at the Manhattan Opera House in New York on July 26, 1920, less than three weeks before their departure for the Antwerp 1920 Olympics aboard the U.S. Army Transport Princess Matoika. The program, 20 pages, 6.75 x 10, is signed on the covers, inside covers, and opening and closing pages by over 170 American athletes, coaches, trainers, and alternates, which is highlighted by several legendary Olympic medalists, including: Duke Kahanamoku, Charley Paddock, Eddie Eagan, Lawson Robertson, Jackson Scholz, Morris Kirksey, Ted Meredith, Pat McDonald, Matt McGrath, Aileen Riggin, Helen Wainwright, Thelma Payne, Ethelda Bleibtrey, and Nat Pendleton. Additionally, the program is also signed by all of the female divers, a third of the wrestling team, most of the track team, and half of the boxing, cycling, men's diving, and men’s and women’s swim teams. To note: there are no equestrian, polo, rowing, shooting, figure skating, or ice hockey athletes (the latter two ‘winter’ events debuted in these summer games). In very good condition, with the front and back covers fully detached, and loss to the top of the front cover.