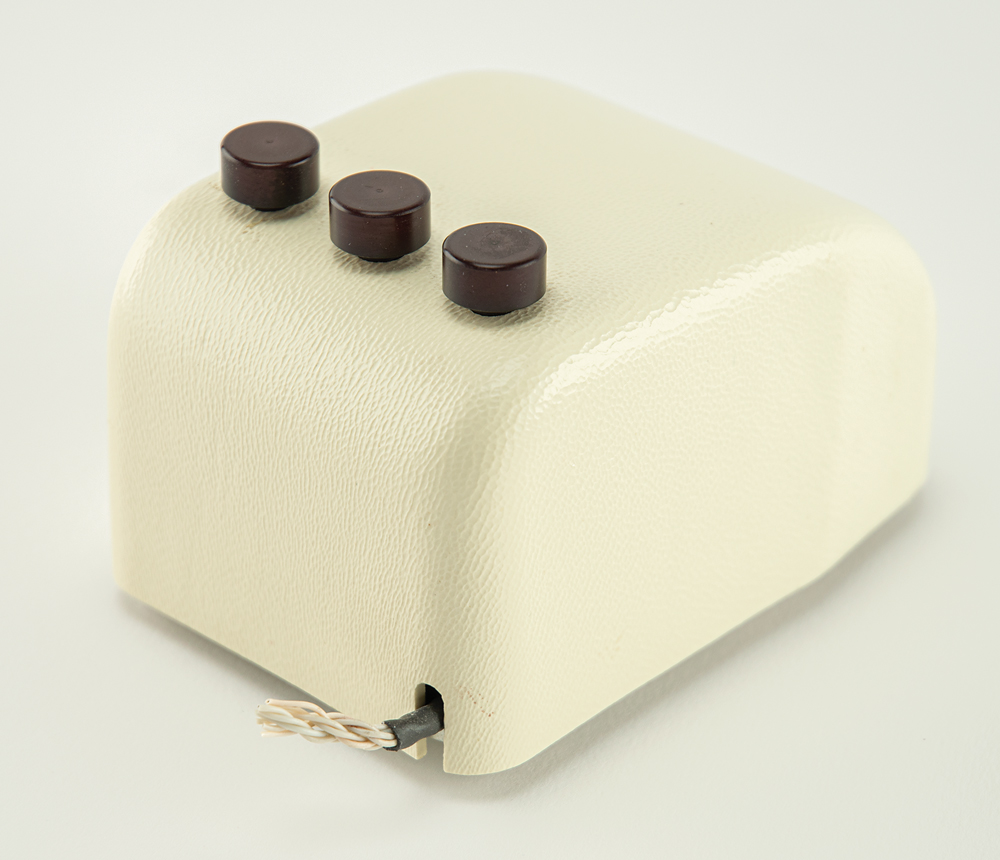 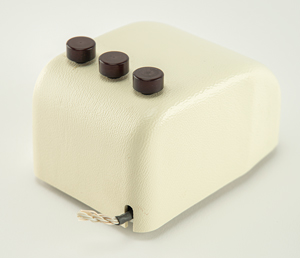 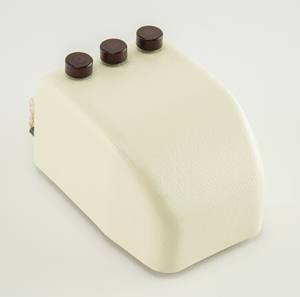 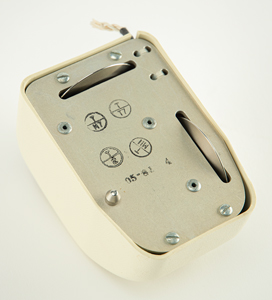 Rare, early three-button computer mouse designed by computer pioneer Douglas Engelbart, measuring approximately 4″ x 2.75″ x 2.5″, which utilizes two metal discs (corresponding to the X-axis and Y-axis) on the bottom to locate the position of the cursor, rather than a ball or optical light that came to be used later. This example has the cord (which has been severed) in the front. In fine condition.

This mouse was given to former InfoWorld editor, Logitech PR director, and photographer Serge Timacheff by Engelbart himself, and is accompanied by a detailed letter of provenance from Timacheff. In part: "While at Logitech, another industry visionary who consulted with the company was Douglas Engelbart, the inventor of the mouse. His original patent was filed in 1967 for an 'X-Y Position Indicator for a Display System' and introduced at the Stanford Research Institute (SRI) in Menlo Park, Calif….While I was at Logitech, Mr. [Pierluigi] Zappacosta gave Mr. Engelbart free office space in our Fremont, Calif. headquarters for his 'Bootstrap Institute' (later to be called the 'Douglas Engelbart Institute'), a technology consulting firm. His offices were just a few doors down from mine, and he and I struck a friendship where we would frequently discuss pointing devices, I would get advice from him about our latest products, and we’d discuss and debate interesting topics about consumer technology. At that point, Logitech had already sold millions of mice, something he expressed to me as 'astounding.' During the course of our friendship, Mr. Engelbart appeared in my office one day with a gift: 'I thought you might like to have one of my first mice,' he said. The interesting thing about the mouse was more than the X-Y axis design (which later became a ball, and then replaced by laser/light), it was also that the original mouse had three buttons. This was something we were touting at the time in our Logitech devices, while many of the other manufacturers such as Microsoft and Apple deemed superfluous and felt one or at most two buttons would be all anyone ever needed; of course, today, mice have many buttons and features to allow a variety of macro and chording controls to aid in navigation and functionality. I’ve had the mouse on my desk ever since."