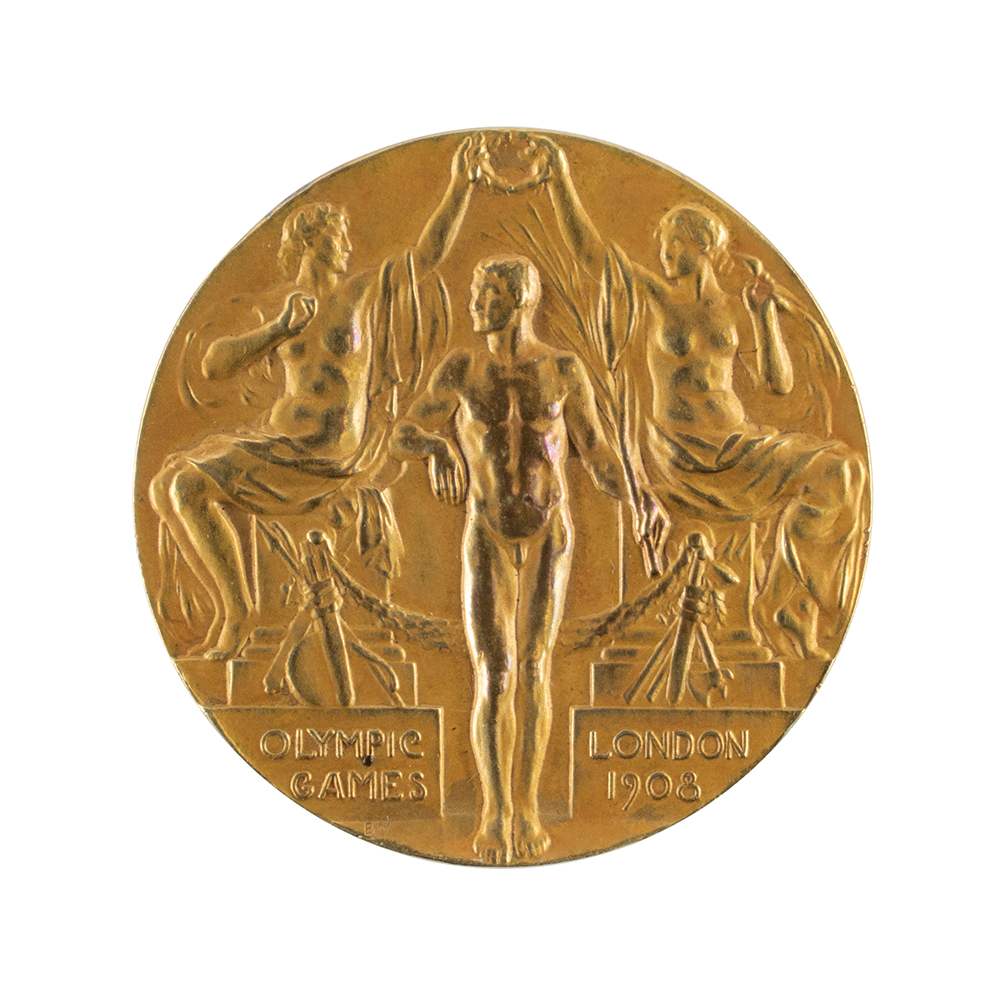 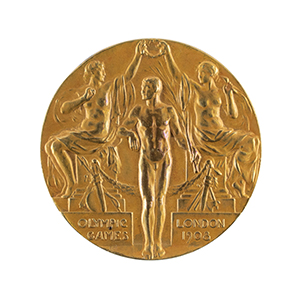 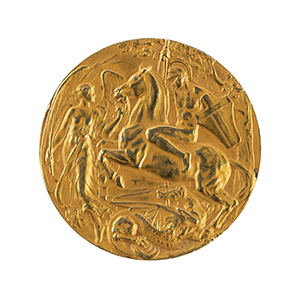 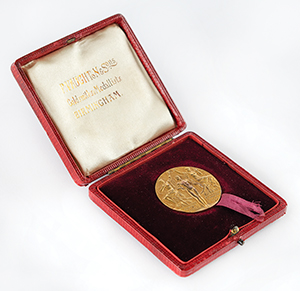 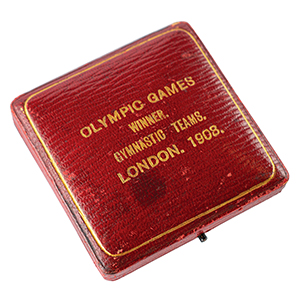 Solid gold medals were awarded at only four Games—1900, 1904, 1908, and 1912—making this an especially appealing early Olympic piece. Furthermore, only one gold medal was awarded to winning teams; each individual team member received a silver medal. Team gold medals from 1908 are thus incredibly rare. Sweden won the gymnastics team event, defeating Norway in an all-Scandinavian final. Given that only 250 of these pure gold prizes were struck in 1908, this is a remarkable and exceptionally scarce winner's medal from a popular event.