"John Fitzgerald Kennedy, 35th President of the United States, has been taken from us by an act which outrages decent men everywhere" 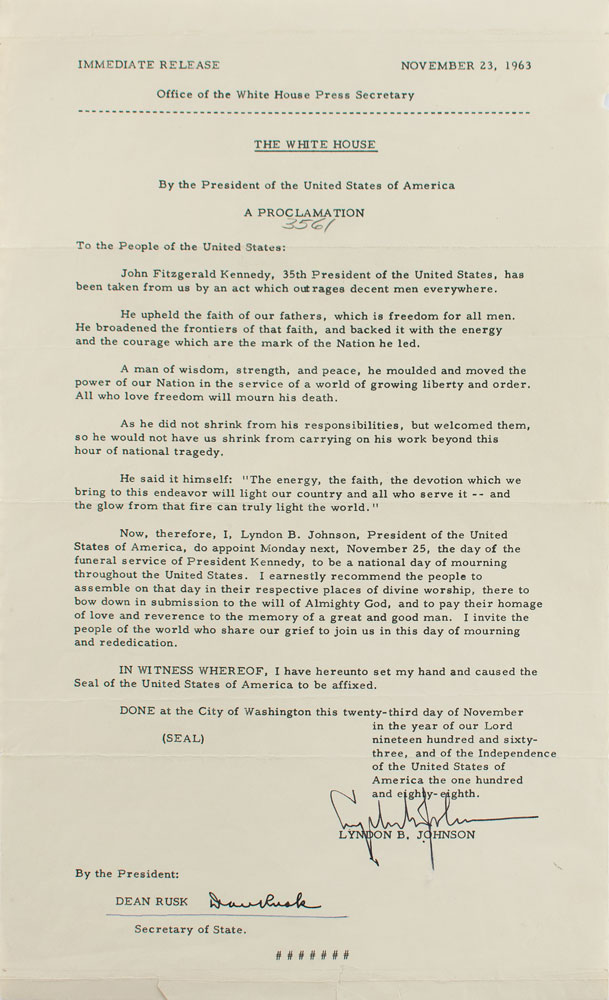 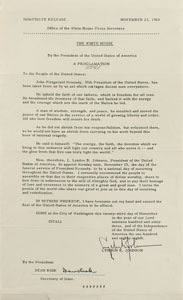 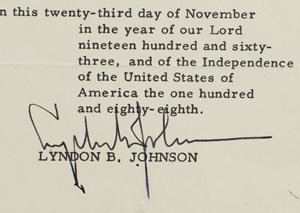 "John Fitzgerald Kennedy, 35th President of the United States, has been taken from us by an act which outrages decent men everywhere"

Extraordinary, historic press release announcing the assassination of John F. Kennedy, one page, 8.5 x 14, November 23, 1963, signed at the conclusion in ink by President Lyndon B. Johnson and Secretary of State Dean Rusk. Headed "Immediate Release / Office of the White House Press Secretary," in part: "To the People of the United States: John Fitzgerald Kennedy, 35th President of the United States, has been taken from us by an act which outrages decent men everywhere. He upheld the faith of our fathers, which is freedom for all men. He broadened the frontiers of that faith, and backed it with the energy and the courage which are the mark of the Nation he led. A man of wisdom, strength, and peace, he moulded and moved the power of our Nation in the service of a world growing liberty and order. All who love freedom will mourn his death…Now, therefore, I, Lyndon B. Johnson, President of the United States of America, do appoint Monday next, November 25, the day of the funeral service of President Kennedy, to be a national day of mourning." In fine condition. Provenance: The Malcolm S. Forbes Collection of American Historical Documents, Christie's. A remarkable document from the aftermath of JFK's tragic death in Dallas.