An untold story from the 1966 'Judas' show: "This big chick stormed the stage, she just came right up, crushing everything in sight" 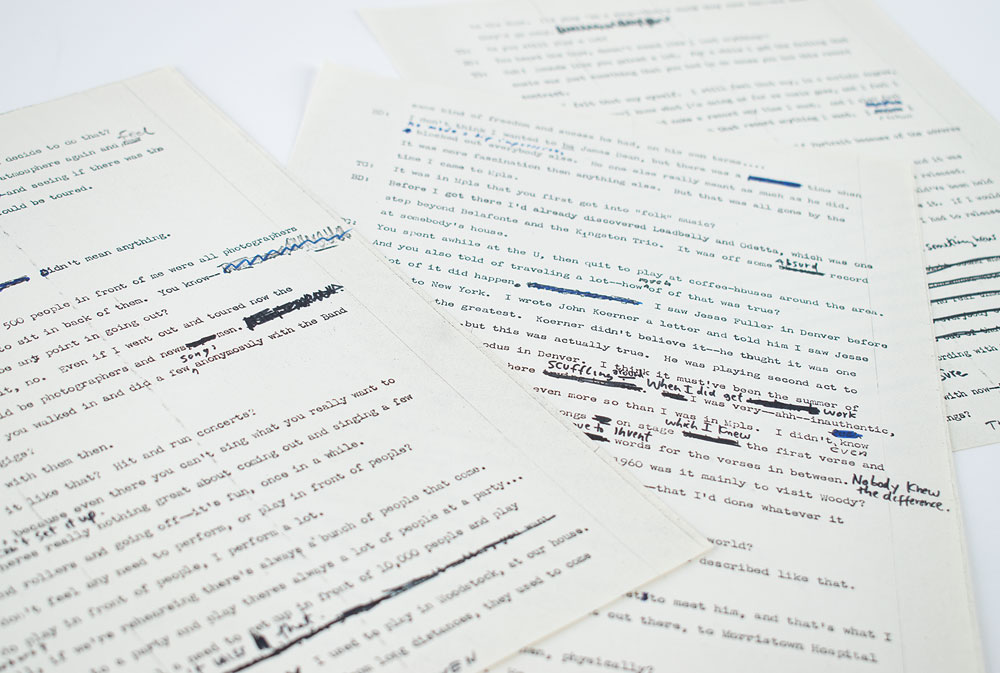 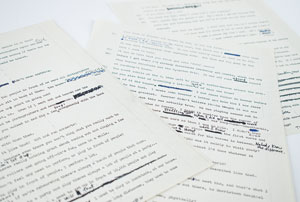 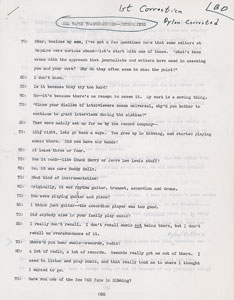 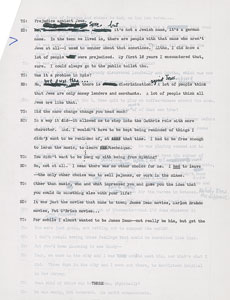 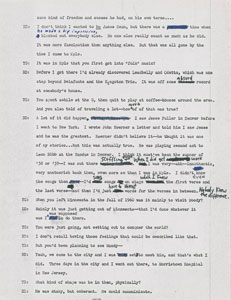 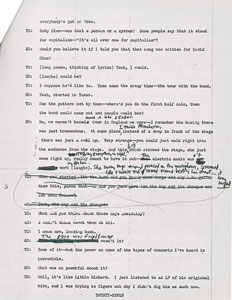 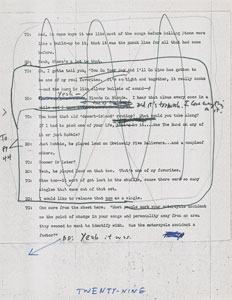 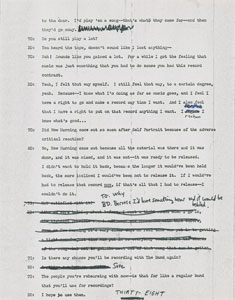 An untold story from the 1966 'Judas' show: "This big chick stormed the stage, she just came right up, crushing everything in sight"

Representing an early draft of the complete interview, the topics covered here are wide ranging—from growing up in Hibbing to being booed at Newport and beyond. Most interesting are the revisions Dylan makes to the text: he revises a passage about prejudice against Jews, early performances where he knew the first and last verses but 'invented' what was in between ("Nobody knew the difference"), comments on the 'gay lib' movement ("They're not bothering anybody"), and writes an unknown story of the infamous 1966 'Judas' concert in Manchester, revising the quote to read: "At some place, I think Manchester, instead of a drop in front of the stage there was just a roll up. Very strange—you could just walk right into the audience from the stage. And this big chick stormed the stage, she just came right up, crushing everything in sight, really meant to have it out—the electric music wasn't working for her (laughs). She swung amps around pounced on the microphones, screamed like a moose and roared around beating her chest. It was awful." He goes on to make other substantial revisions to some passages about reading and writing literature, noting that teaching himself the basics of writing is "really tough," and says Jack Kerouac is "not great, entertaining." In fine condition.