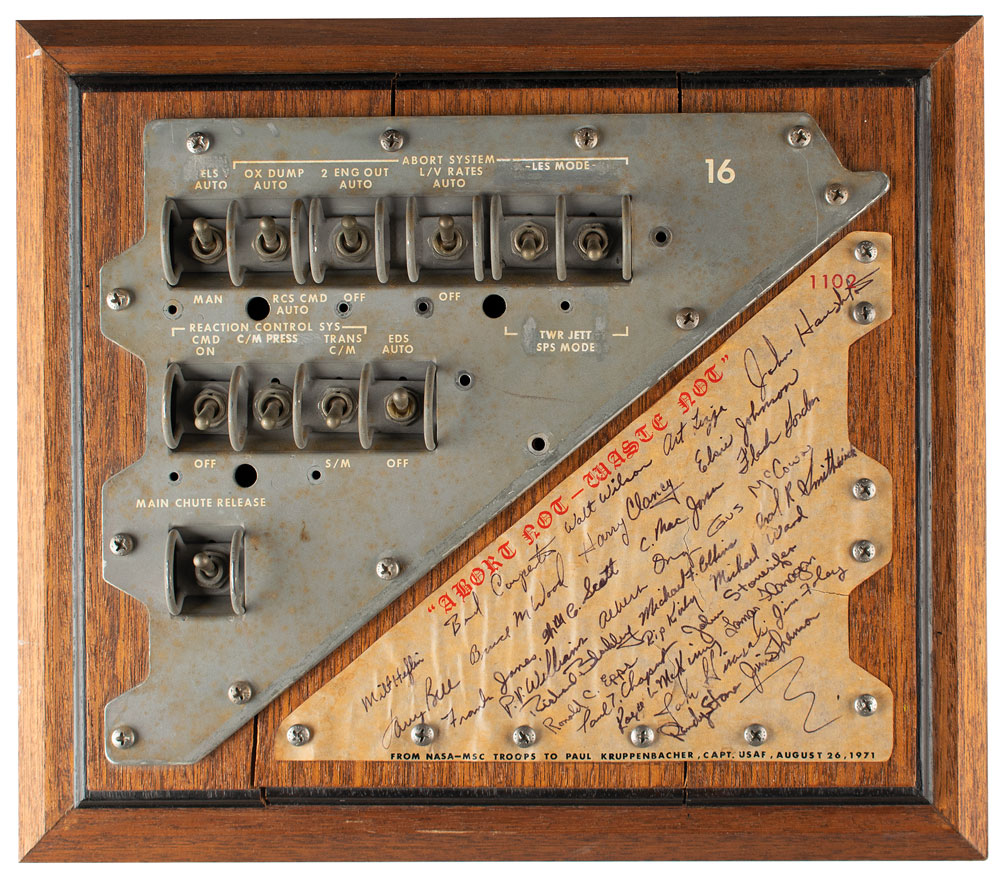 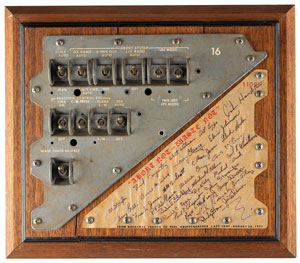 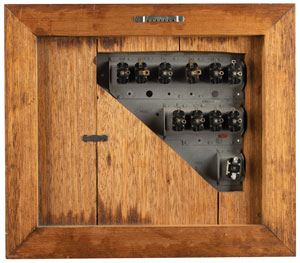 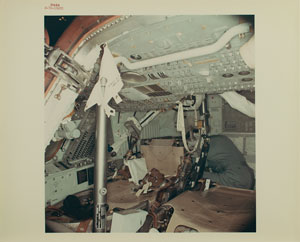 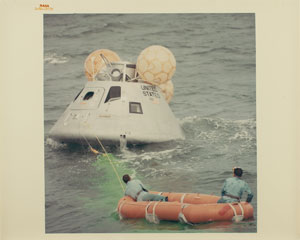 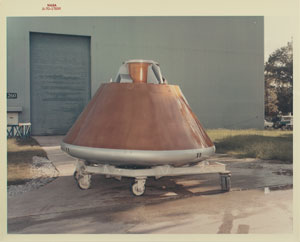 Accompanied by a provenance statement from Kruppenbacher, in part: "Upon ending my four year U.S. Air Force assignment to the NASA Manned Spacecraft Center (MSC), Houston, my co-worker gave me a farewell party in the summer of 1971. They presented me with a gift, an Apollo Command Module Main Display panel, #16…Signed on paper, were the signatures of my co-workers from the Flight Operations Directorate, Landing and Recovery Division. However, one signature was not from our organization…it was Jim Foley, my Houston roommate! He knew and partied with so many of our NASA team. It meant something special to me. The panel was representative of my work at NASA since it contained landing and recovery switch operations…My principal job at NASA was to configure the Apollo Water Egress Trainer…I participated in assisting Apollo 7 to 15 primary and backup crews during their training…I believe that this panel was acquired for crew training from flight hardware sources, although it is possible that it was initially built for other mock-up purposes. However, it is truly Apollo Command Module hardware."

Plus three official color glossy 10 x 8 red-numbered NASA photos, including: an interior view of the Boilerplate-1102A Command Module Egress Trainer through the side hatch, with panels similar to this one visible inside (S-70-15963); a view of BP-1102A in the Gulf of Mexico during Apollo recovery test operations, with sea dye deployed and flotation bags inflated (S-69-53579); and the backside of BP-1102A after being painted and clear-coated by the MSC paint shop in a rust color to represent a more realistic post-landing spacecraft.