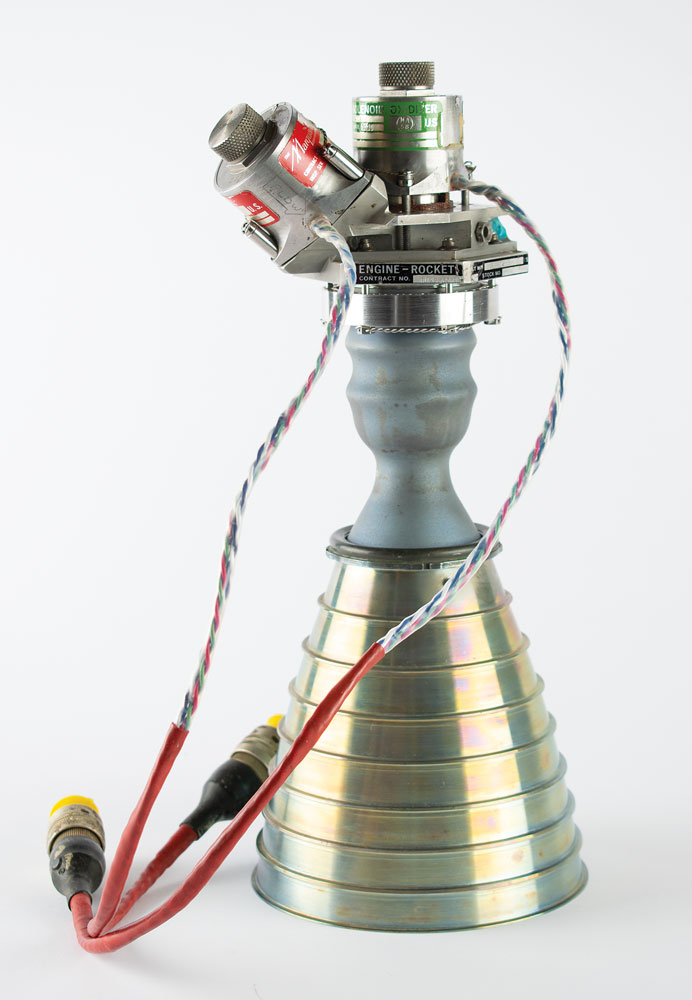 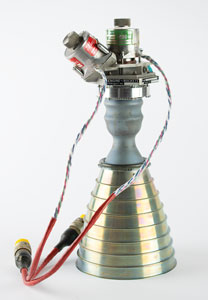 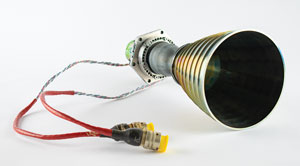 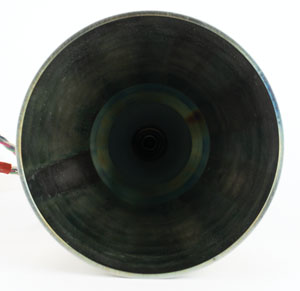 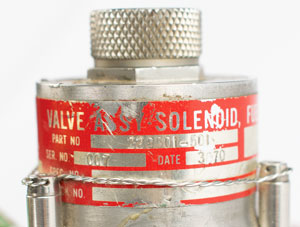 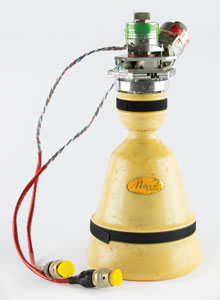 Apollo-era Marquardt R-4D rocket engine designed for application as a Attitude Control, Reaction Control System (RCS) and primary propulsion thruster, measuring approximately 13.75″ tall with a diameter of 5.5″ at the nozzle, marked on the side: "Engine-Rocket, [Pa]rt No. 228687-533, Ser. No. 1406…Contract No. R02CGA5604…Date 3Q70." The valves at the top are also marked with Marquardt labels, "Valve Assy-Solenoid, Oxidizer" and "Valve Assy-Solenoid, Fuel." The engine has a rated thrust of 100 pounds, just as those used by the Apollo spacecraft did. Manufactured in the third quarter of 1970, it also dates to the time of the Apollo program's lunar landings. Includes its original plastic protective cover for the combustion chamber and nozzle skirt.

Originally designed by Marquardt to be used for attitude control, reaction control thruster on Apollo vehicles, the R-4D saw use in a variety of other spacecraft including the U.S. Navy's Leasat, Insat 1, Intelsat 6, Italsat, BulgariaSat-1, Japan's H-II Transfer Vehicle, and the European Automated Transfer Vehicle.The R-4D was also employed as the primary propulsion maneuver engine on the Lunar Orbiter. On the Apollo vehicles, the 100-pound thrust rocket engines were used in groups of four—configured as a 'quad'—to provide attitude control of the CSM and LM, allowing roll, yaw, and pitch maneuvers. A fantastic piece of significant space hardware, made iconic with the Apollo lunar landings.