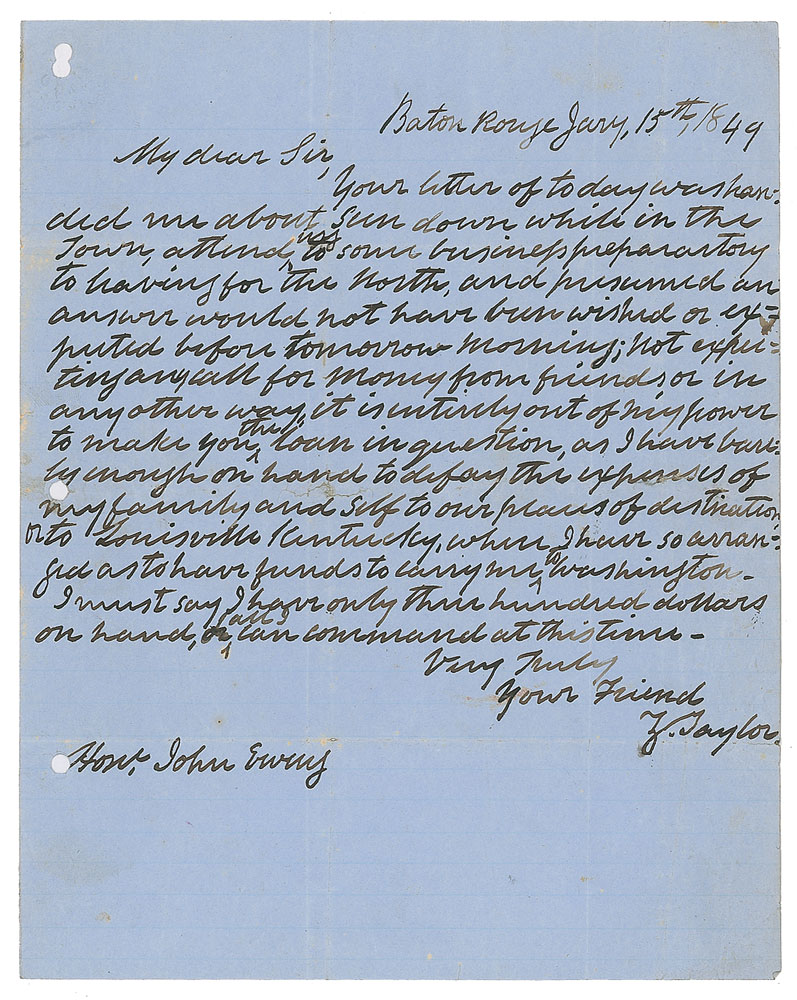 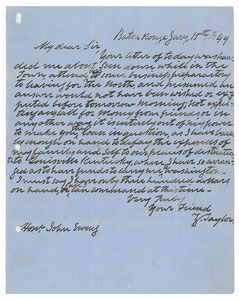 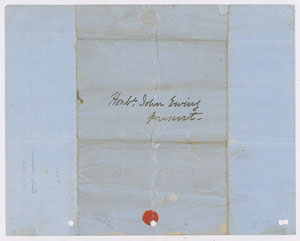 Boldly penned ALS as president-elect, signed "Z. Taylor," one page, 7.75 x 9.75, January 15, 1849. Written from Baton Rouge, a letter to John Ewing, in full: "Your letter of today was handed me about sun down while in the town attending to some business preparatory to leaving for the North, and presumed an answer would not have been wished or expected before tomorrow morning; not expecting any call for money from friends, or in any other way, it is entirely out of my power to make you the loan in question, as I have barely enough on hand to defray the expenses of my family and self to our places of destination or to Louisville Kentucky, where I have so arranged as to have funds to carry me to Washington. I must say I have only three hundred dollars on hand, all I can command at this time." Addressed on the reverse of the partial second integral page in Taylor's hand, "Honbl. John Ewing, present." In very good to fine condition, with light creasing, file holes to the left edge, and small old repairs on the reverse; the address panel is wrinkled and soiled and missing its lower third.

Taylor's 1849 inaugural trip from Baton Rouge to Washington, D.C. was an expensive, arduous trek. Although he may have had additional reasons for denying Ewing's loan request, his defense that he had "barely enough on hand" to defray his travel expenses was a realistic one. Much of Taylor's wealth was tied up in land and slaves, as well as his interests in Kentucky warehouses, probably the source of funds he refers to in his letter. During his inaugural journey, he made several boat transfers, encountered dismal weather, braved the frozen Ohio River, and was even struck by a falling trunk. Despite his reference to "the expenses of my family and self," his wife Margaret, stewing because she had hoped he would lose the election, did not join him until later.