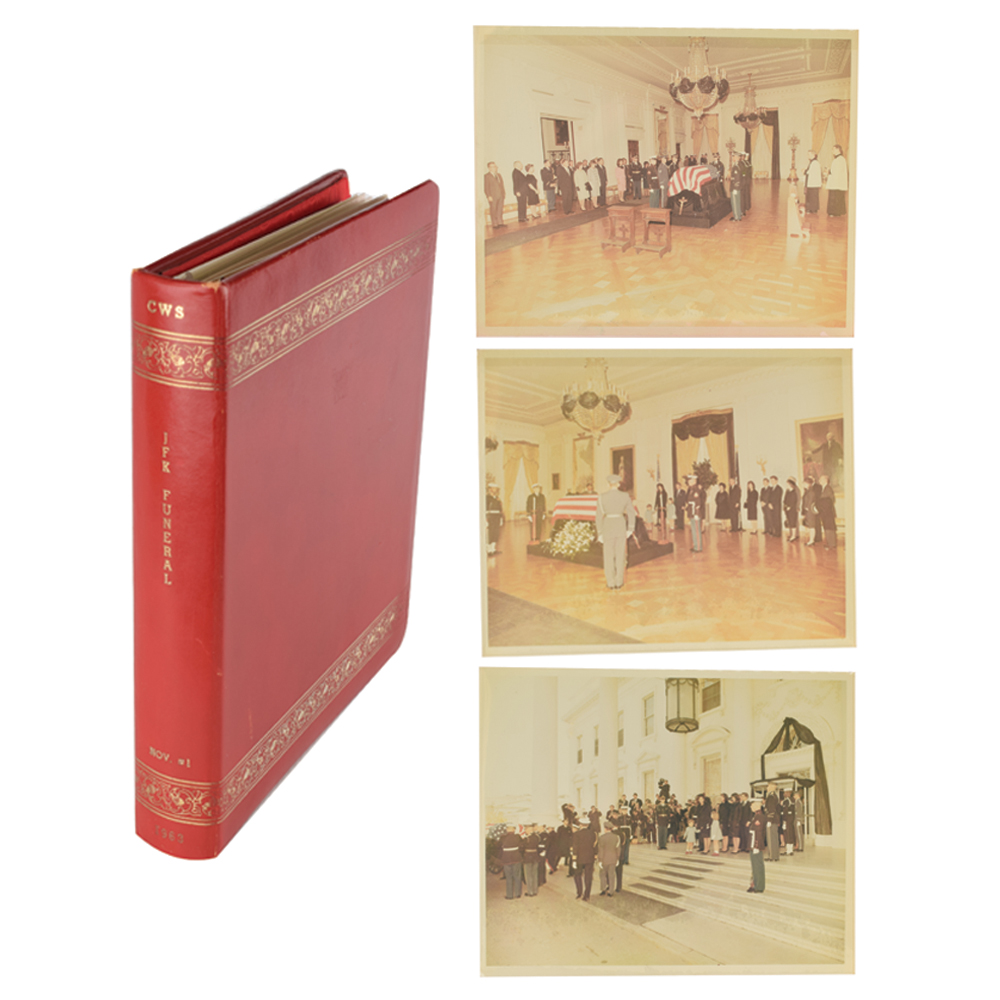 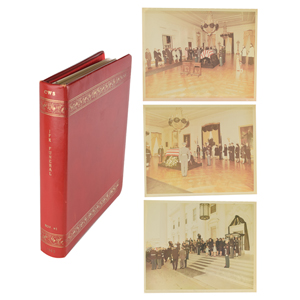 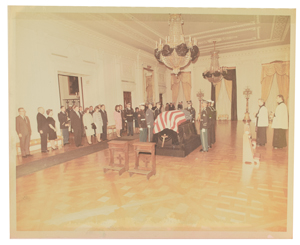 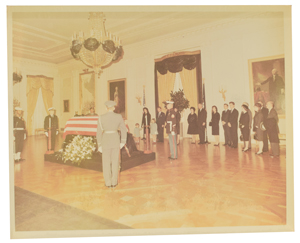 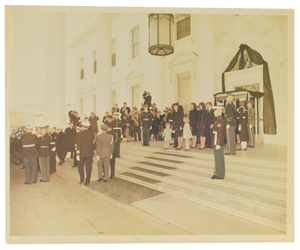 Official White House photographer Cecil Stoughton's personal photo album containing 34 original vintage color 8 x 10 and 10 x 8 photos of the funeral ceremonies of President John F. Kennedy. The red calf leather photo album is stamped with decorative tooling on the front and back, with the spine stamped with Stoughton's initials, "CWS," and a title, "JFK Funeral, Nov. #1, 1963.” A significant collection of 34 large original photos personally owned by Kennedy's White House photographer, Cecil Stoughton, taken on Saturday, November 23rd and Sunday the 24th, which consists primarily of events preceding the State Funeral, with images focusing on Kennedy’s casket in the White House East Room and his eventual transferal by horse-drawn caisson to the Capitol Rotunda.

Included within the album are the following noted photographs:

Two photos of Jacqueline Kennedy— one of her still wearing the blood-stained raspberry-colored suit she wore in Dallas, and the other showing her dressed in a mourning suit—accompanied by family members, White House Staff, and military officers, all paying their respects to JFK’s casket in the East Room.

Six photos of Kennedy’s casket in the East Room, covered with an American flag and draped with black crepe.

Five photos of the former first lady with her children, Robert F. Kennedy, and others traversing the Cross Hall of the White House during the very start of the procession to the Capitol.

Six photos of the procession as it departs for the Capitol, with images of the North Portico, the North Lawn driveway, a crowd-lined Pennsylvania Avenue, and the riderless horse Black Jack. In overall fine condition. A exceptional offering, somber yet distinctly significant, which offers a unique glimpse into the funereal proceedings held mere hours after the tragic death of an American hero.