Electric Dylan plays down under in 1966 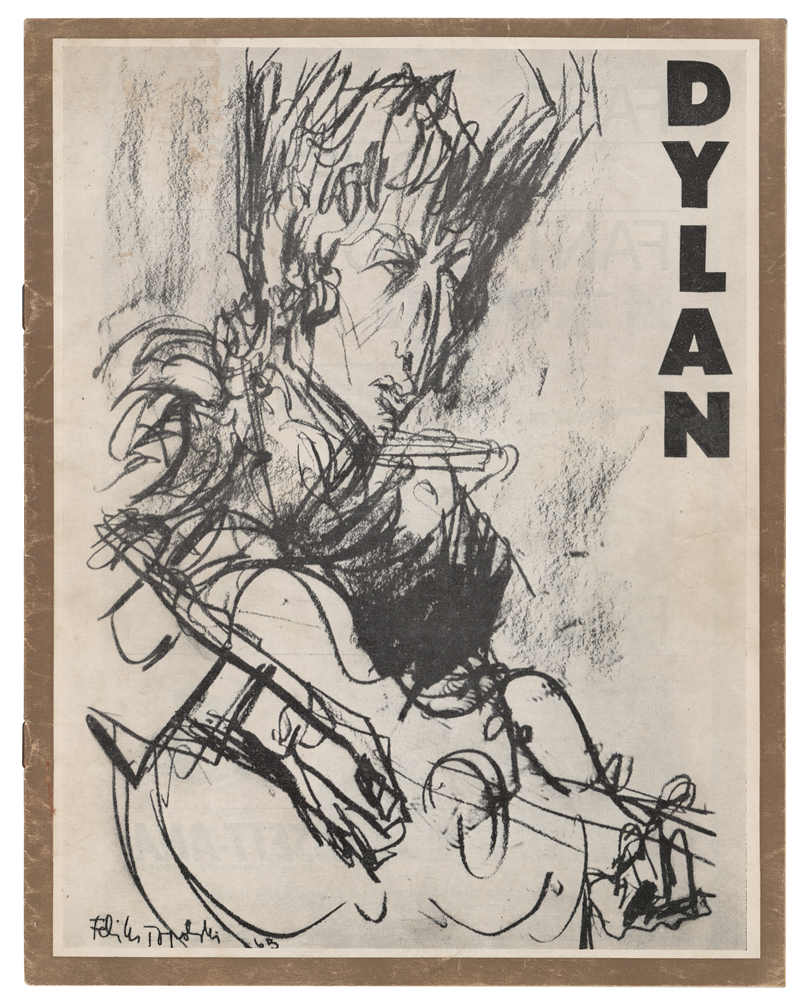 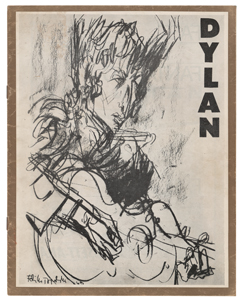 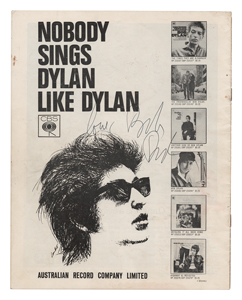 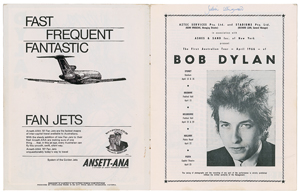 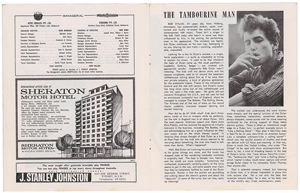 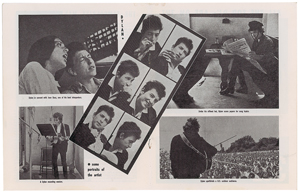 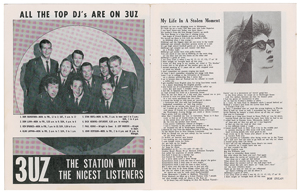 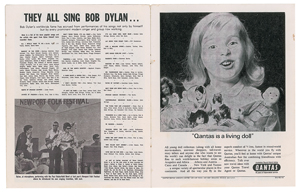 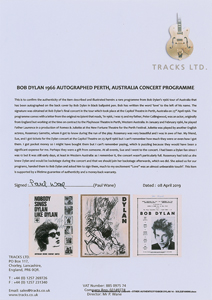 Electric Dylan plays down under in 1966

Remarkably rare original program for Bob Dylan’s historic 1966 tour of Australia, eight pages, 8.5 x 11, desirably signed on the back cover in crisp black ballpoint, “Love, Bob Dylan.” The program contains a biography entitled ‘The Tambourine Man,’ Dylan’s ‘My Life In A Stolen Moment’ essay, and a list of popular artists that have covered Dylan’s music, with the opening page featuring the dates for the seven Australian shows: Sydney Stadium (April 13 and 16), Brisbane’s Festival Hall (April 15), Melbourne's Festival Hall (April 19 and 20), Adelaide's Palais Theatre (April 22) and Perth's Capitol Theatre (April 23). The promoter was Kenn Brodziak of Aztec Services, who had brought the Beatles to Australia in 1964. In fine condition, with an ownership notation to top of first page. Accompanied by a certificate of authenticity from Tracks and a typed letter of provenance from the original recipient: "In 1966, I was 14 and my father, Peter Collingwood, was an actor [who] played Father Laurence in a production of Romeo & Juliette at the New Fortune Theatre…Juliette was played by another actress, Rosemary Gerrette, whom I got to know during the run of the play…My friend, Sue, and I got tickets for the Dylan concert at the Capitol Theatre on 23 April 1966…Rosemary had told us she knew Dylan and would be backstage during the concert and that we should join her backstage afterwards, which we did. She asked us for our programs, handed them to Bob Dylan and asked him to sign them, much to my excitement. 'Love' was an almost unbearable touch!" Bob Dylan's World Tour 1966, is most notable as the first tour where Dylan used an electric backing band, following his 'going electric' at the 1965 Newport Folk Festival. Just weeks after the tour concluded, Dylan would release his monumental album, Blonde on Blonde. Unsigned copies of the 1966 Australia tour program are exceedingly rare and, aside from this copy, signed examples are virtually nonexistent.