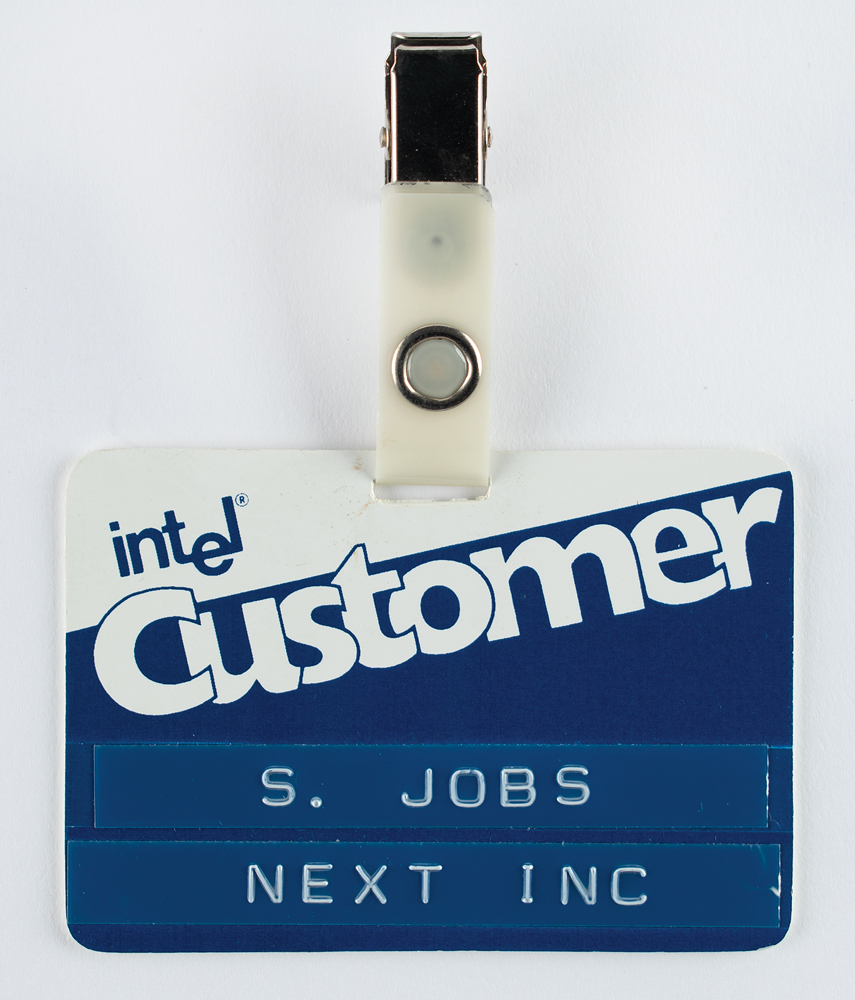 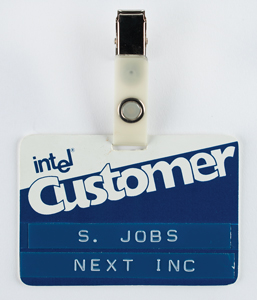 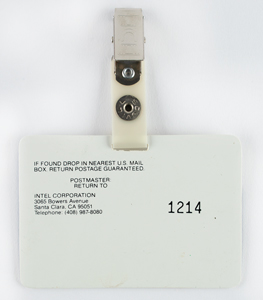 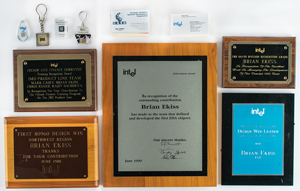 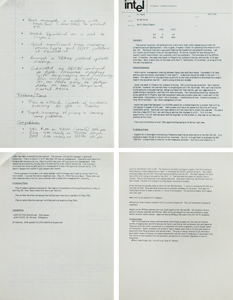 Intel Customer badge worn by Steve Jobs when he visited the Intel Corporation headquarters in Santa Clara, California, in April 1986. The blue-and-white plastic badge with clip, 3.25 x 2.25, bears two affixed labels, “S. Jobs” and “Next Inc,” with the reverse marked “1214.” In fine condition.

The badge derives from the personal collection of Brian Ekiss, a product line manager at the Intel Folsom Microcomputer Division, who met with Jobs to discuss a partnership with Intel and the vision of ‘P7,’ a codename for the x86 architecture. The badge is accompanied by a large assortment of internal Intel correspondence dating between 1983 and 1989, measuring 2″ in height, which includes four mentions of Jobs (March-June 1986), and approximately 20 mentions of Apple (March 1985-January 1987).

The first mention of Jobs can be found under the category “Accomplishments” in a handwritten “March Status Report” dated March 20, 1986, which reads: “Have arranged a meeting with NeXT, Inc. (Steve Jobs) to present.” The second is in the April status report dated April 21, 1986: “Held a senior management meeting between Steve Jobs and Dave House. Succeeded in at least getting Jobs extremely interested in Intel and P7. A decision should be made in the next 1-2 weeks.” The third is in the May report, which, after noting an upcoming visit by NeXT engineers to better review the P7, jokes about potential headlines: “Steve Jobs was seen begging Andy Grove for parts outside Intel’s Santa Clara headquarters recently.” The final instance, found in the June report, dated June 18, 1986, affirms that “NeXT will not be using the P7 it appears” and that “Our DCO meeting at NeXT featured a cameo appearance by Jobs.”

The provenance package also includes: a box of business cards, ostensibly collected by Ekiss during his career at Intel, totaling to well over 200 cards; a group of five Intel award plaques presented to Ekiss; an Intel sunglasses pouch; a group of three Intel keychains containing i386 and i486 microprocessors, and a microprocessor in a small Lucite display that reads: “Intel Micromainframe Components, A Milestone in VLSI.”