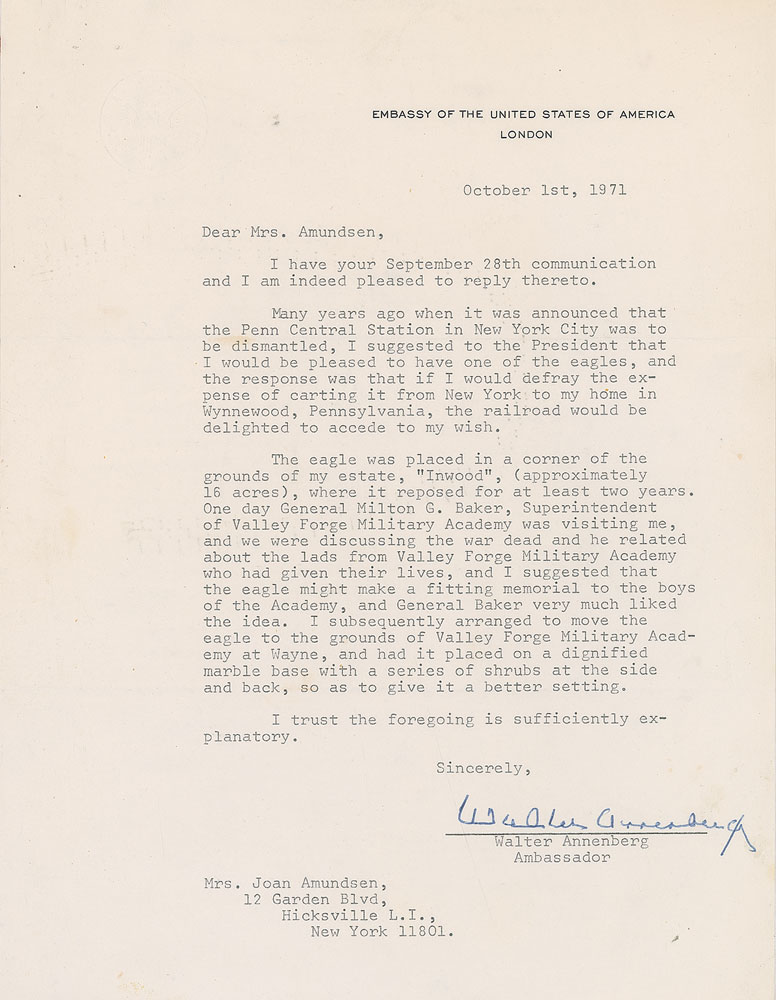 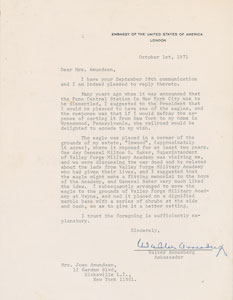 American businessman, investor, philanthropist, and diplomat (1908-2002) who owned and operated Triangle Publications, which included ownership of The Philadelphia Inquirer, TV Guide, Playboy, The Saturday Evening Post, The Atlantic Monthly, and others; he was appointed by President Richard Nixon as United States Ambassador to the United Kingdom, where he served from 1969 to 1974. TLS, one page, 8 x 10.5, Embassy of the United States of America, London letterhead, October 1, 1871. Letter to Joan Amundsen, in part: "Many years ago when it was announced that the Penn Central Station in New York City was to be dismantled, I suggested to the President that I would be pleased to have one of the eagles…The eagle was placed in a corner of the grounds of my estate, 'Inwood,' (approximately 16 acres), where it reposed for at least two years. One day General Milton G. Baker, Superintendent of Valley Forge Military Academy was visiting me, and we were discussing the war dead and he related about the lads from Valley Forge Military Academy who had given their lives, and I suggested that the eagle might make a fitting memorial to the boys of the Academy, and General Baker very much liked the idea. I subsequently arranged to move the eagle to the grounds of Valley Forge Military Academy at Wayne, and had it placed on a dignified marble base with a series of shrubs at the side and back, so as to give it a better setting." In fine condition. From the collection of Stephen Adamson.