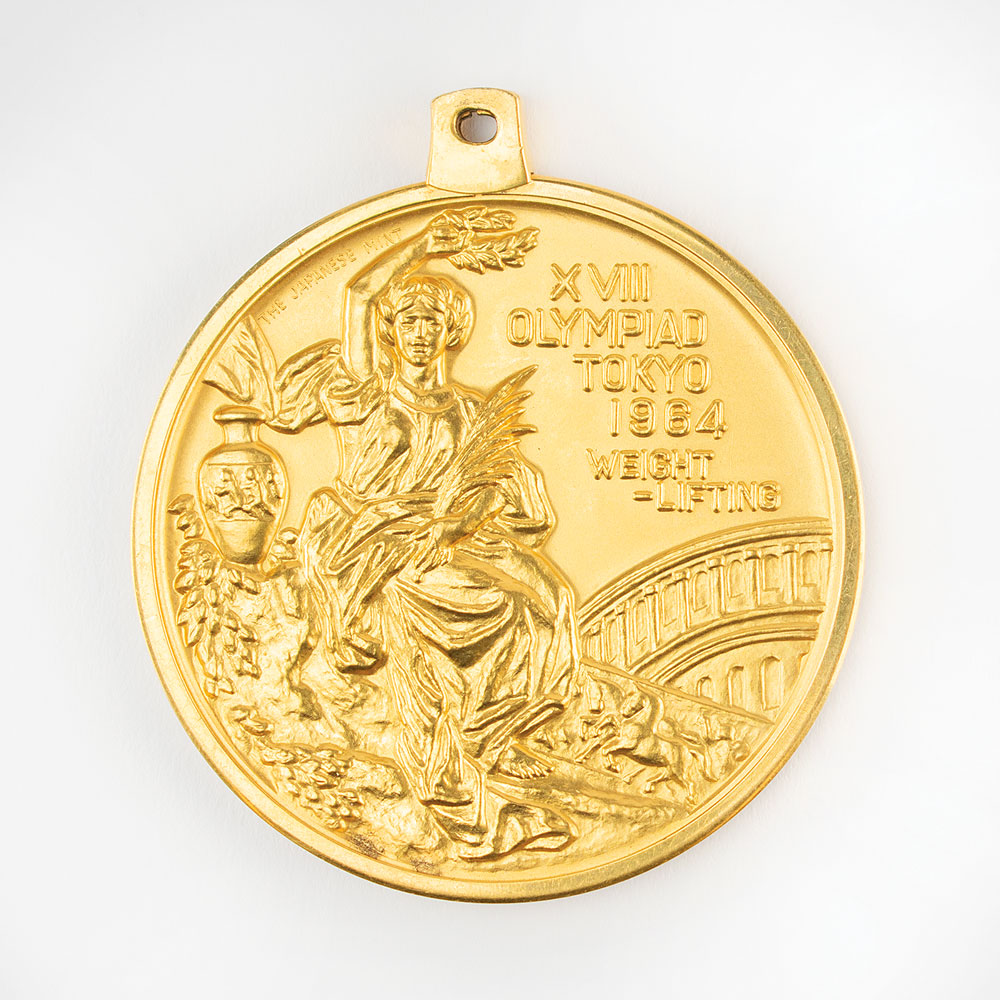 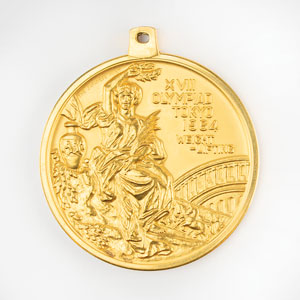 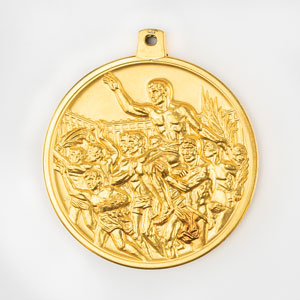 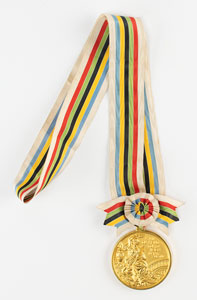 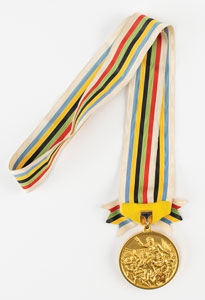 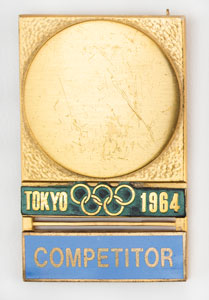 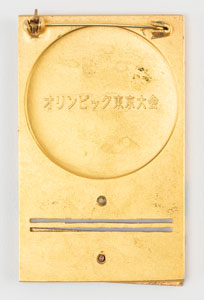 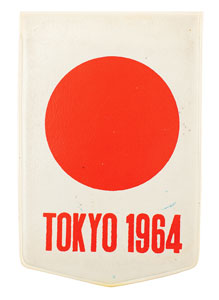 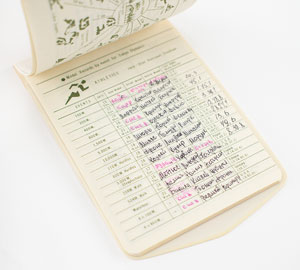 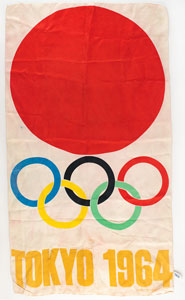 Extremely rare winner's medal issued to legendary Ukrainian weightlifter Leonid Zhabotinsky at the Tokyo 1964 Summer Olympics. Gilt silver, 63 mm, 102 gm, by Toshikaka Koshiba (based on the classic design of Giuseppe Cassioli); manufactured by the Japanese Mint. The front is inscribed, "XVII Olimpiad Tokyo 1964, Weight-Lifting," and features a 'Seated Victory' with the Colosseum in the background; the reverse depicts a victorious athlete being carried by several jubilant athletes. The medal is attached to its original ribbon with Olympic colors.

Also included are three other items deriving from the personal collection of Zhabotinsky:

An uncommon results booklet for the XVIII Olympiad made by the Pilot Pen Co., 4.5 x 3, housed in its original vinyl holder featuring the Tokyo 1964 Games logo, with five pages of the booklet filled out in various colored ballpoint by Zhabotinsky.

A gold-plated competitor badge from the 1964 Tokyo Summer Olympics, 38 mm x 63 mm, 44 gm, which features the rising sun of the Japanese national flag above a green bar with Olympic rings and a blue enamel bar identified as “Competitor,” with the latter bar detached and ribbon missing.

In an athletic event that featured the world’s biggest stars, weightlifter Leonid Zhabotinsky was larger than life. Representing the Soviet Union in the heavyweight division, Zhabotinsky squared off against his archrival and Soviet teammate, Yuri Vlasov, who was determined to defend his 1960 Rome gold medal. With one lift remaining in the competition’s three events—the clean and press, the snatch, and the clean and jerk—Zhabotinsky delivered a mighty final effort, breaking his own clean and jerk record and securing his first gold medal.

Four years later, at the 1968 Mexico City Games, he soundly defended his position and attained his second Olympic gold to become the first two-time Olympic champion in the men's heavyweight class. Prior to the victory, the 6-foot 3-inch and 365-pound Zhabotinsky stole the show when he marched in the opening parade: while all the other flag-bearers held their national banners with two hands, Zhabotinsky marched ahead effortlessly, gripping the 40-pound Soviet banner with only one. So inspiring was the Soviet strongman to budding weightlifters and bodybuilders the world over, that as a young Austrian teenager Arnold Schwarzenegger kept a photograph of Zhabotinsky taped over his bed. Highlighted by its luminous gold medal and prestigious, powerful recipient, this rare complete awards package marks only the second time we’ve offered a winner’s medal from the first Olympics held in Asia.