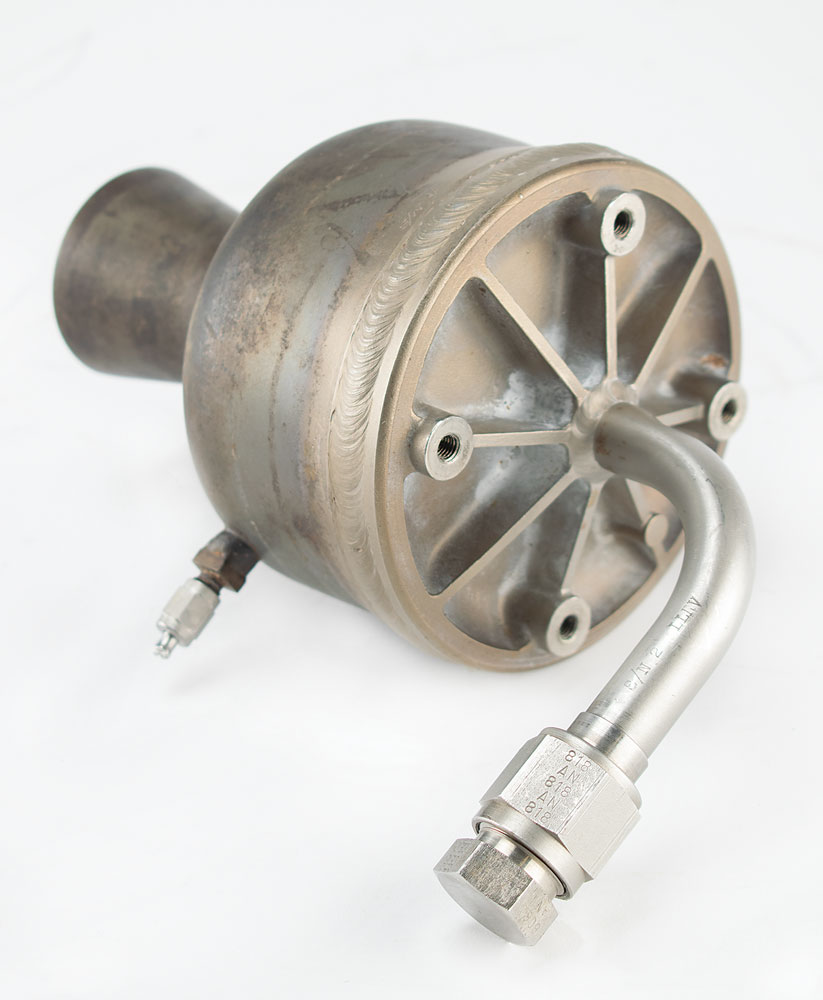 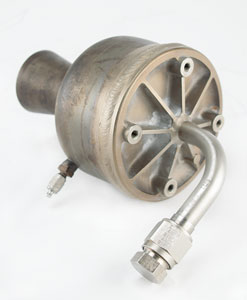 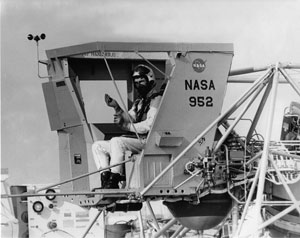 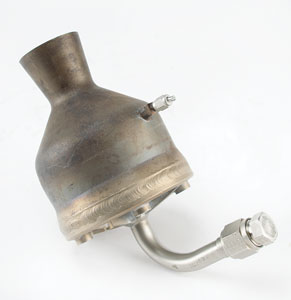 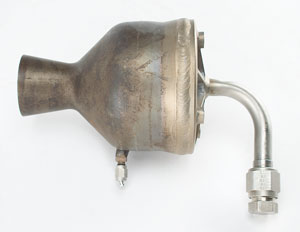 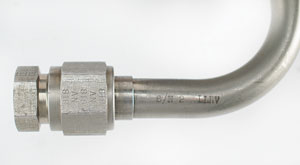 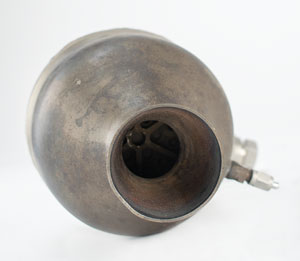 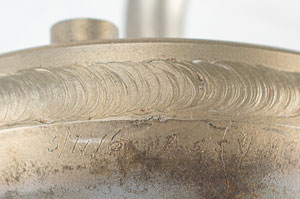 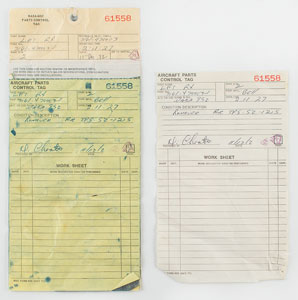 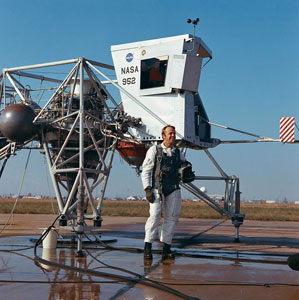 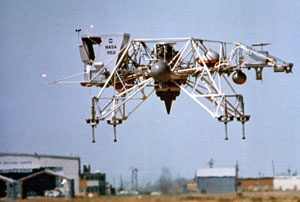 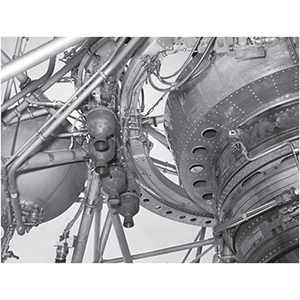 Flown thruster rocket engine deinstalled from Lunar Landing Training Vehicle 952 (LLTV #3) following its application on multiple flights, documented with an operational (engine run) time of 2 hours, 11 minutes and 27 seconds. The engine measures approximately 9″ x 7″ x 5″, and is stamped on the propellant inlet: "LLRV S/N 2." This serial number pertains to the motor, rather than the vehicle; the LLTV superseded the Lunar Landing Research Vehicle (LLRV) and the motors were reappropriated for the LLTV as they both used the same propulsion system. The Bell-manufactured 500-pound thrust hydrogen peroxide motors were installed on the LLTV in a vertically-mounted configuration as 'lift' rockets, and were used to simulate the one-sixth lunar gravity the Commander/Lunar Module Pilot would encounter during descent to the moon's surface.

The paperwork authorizing/directing removal of the engine from LLTV 952 (LLTV #3) is dated 11 December 1972, 4 days after the launch of the final lunar mission (Apollo 17). Indicates definitively that the engine was used at a minimum to prepare the last man on the moon (as well as the missions preceding Apollo 17) and concurrent with the LLTVs decommissioning since there were no subsequently planned moon missions.

In total, ten moonwalkers utilized LLTV 952 to prepare for landing on the lunar surface. Bill Anders described the LLTV as 'a much unsung hero of the Apollo Program,' while Neil Armstrong emphasized its importance in an address before the Society of Experimental Test Pilots in 2007: 'The Lunar Landing Training Vehicle, or LLTV, proved to be an excellent simulator and was highly regarded by the Apollo Lunar Module crews as necessary for lunar landing preparation.' Sale of this item is limited to US Citizens and Organizations (only) to comply with US technology transfer restrictions.