Maxim warns of a Japanese invasion...of the beetle variety 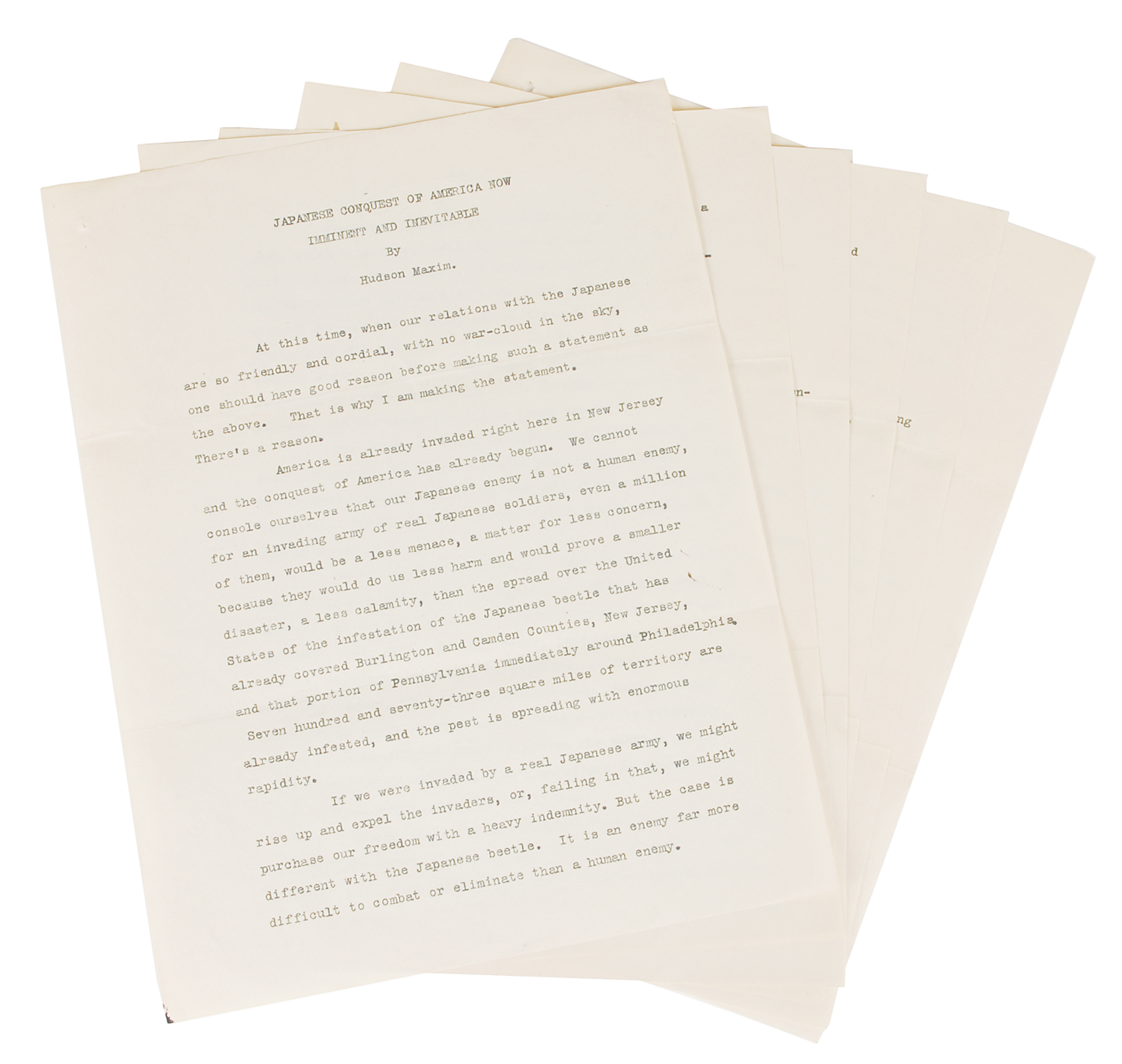 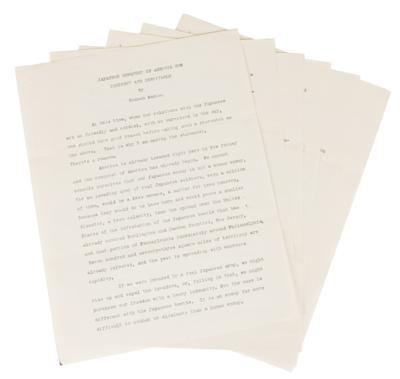 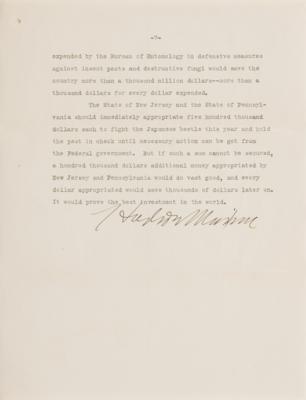 Maxim warns of a Japanese invasion...of the beetle variety

Typed manuscript for an article entitled "Japanese Conquest of America Now Imminent and Inevitable," seven pages, 8.5 x 11, no date but circa 1923, signed at the conclusion in black ink by Hudson Maxim. After opening with rising concerns of an imminent Japanese invasion, the article soon clarifies that the invaders are not human but rather insect, in part: "If we were invaded by a real Japanese army, we might rise up and expel the invaders, or, failing in that, we might purchase our freedom with a heavy indemnity. But the case is different with the Japanese beetle. It is an enemy far more difficult to combat or eliminate than a human enemy. The insect hatches out underground in the form of a grub, which attacks and eats the roots of grass and every growing thing. When mature, it emerges in the form of a flying beetle about half an inch long, which attacks and voraciously devours all kinds of garden produce, all kinds of fruit trees and all kinds of fruit, and all kinds of leaf-bearing shrubs and trees. The season of infestation is so long that the beetles give the trees no time to releaf and recover, and the trees die within three years. The Japanese beetle is the most all-devouring, the most universally destructive insect pest in the world. It is, furthermore, wonderfully hardy, and multiplies with astounding rapidity. The beetle is a strong flier, which enables it to spread rapidly." In fine condition, with a file hole to the upper left corner of each page. Accompanied by a copy of a letter related to the article, dated March 12, 1923.