Steam engine parts sketched by Robert Fulton, the pioneering developer of the steamboat 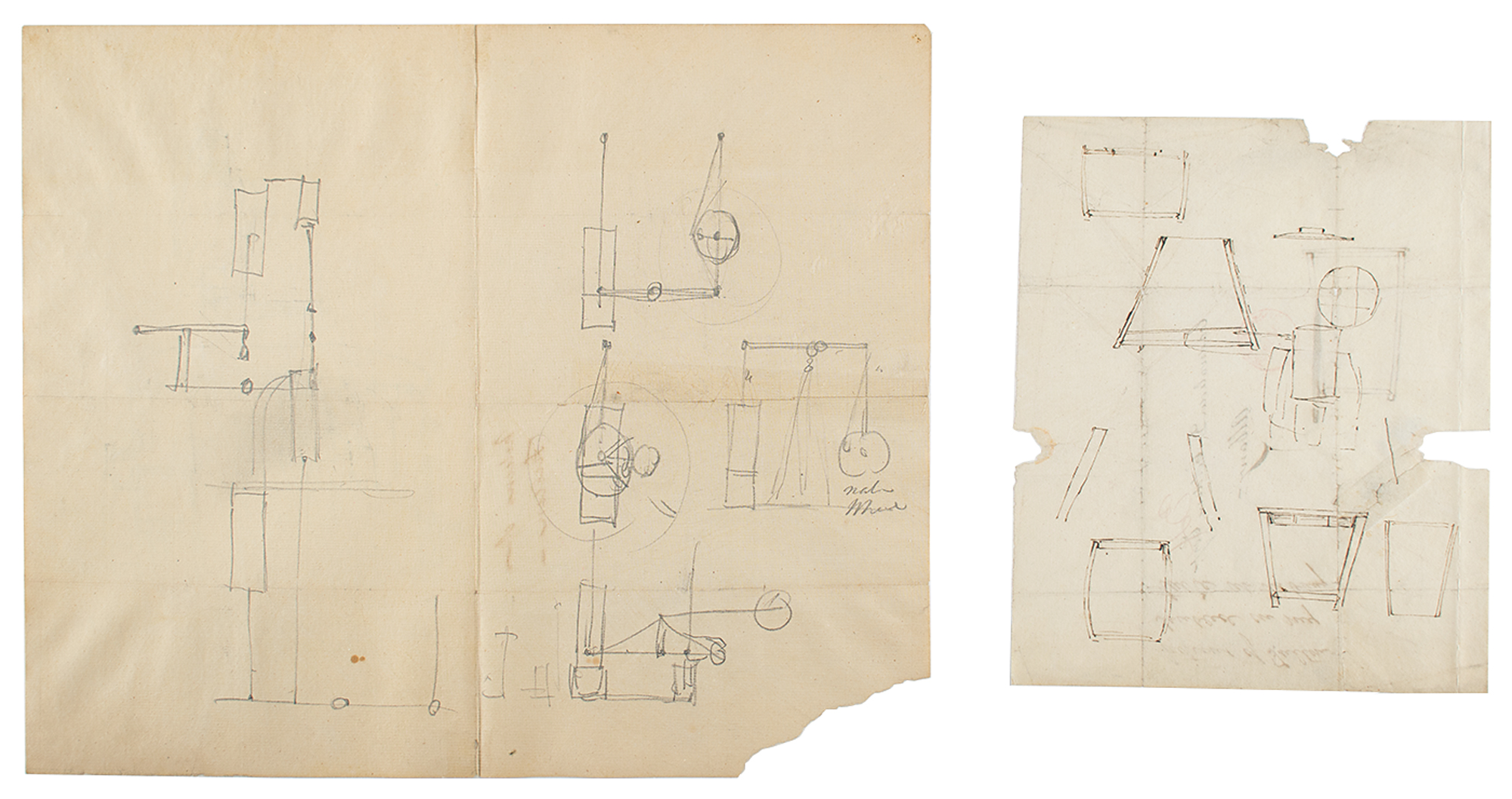 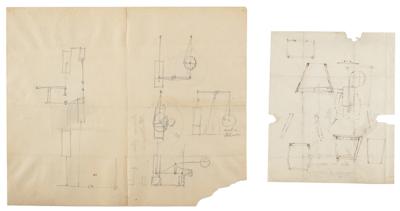 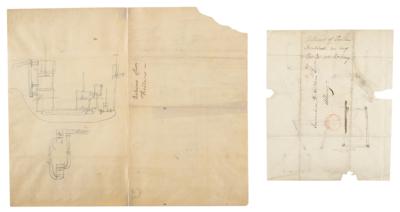 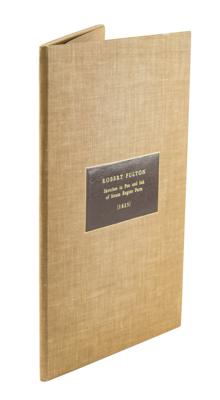 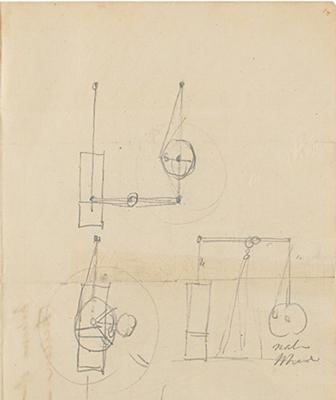 Steam engine parts sketched by Robert Fulton, the pioneering developer of the steamboat

Extremely rare original drawings of steam engine parts by Robert Fulton, accomplished in ink and graphite on both sides of two off-white sheets, 9.75 x 8 and 15.75 x 13, unsigned and undated. The larger sheet features a series of six graphite sketches to front side, with Fulton adding “Water Wheel” to right side, and the reverse featuring a pair of drawings with Fulton identifying “Cylinder,” “Condenser,” and “Air Flow,” to the upper drawing, and “Steam” and "Condensing” to the lower; the adjacent side is annotated in another hand, “Pictures of Fulton.” The smaller sheet, an unfolded mailing envelope, contains approximately nine ink drawings to front, with the reverse containing a single sketch; the mailing envelope is addressed to “Cadwaleder D. Colden, Esqr., Albany,” and postmarked at New York, March 7, no year, with notations to right side: “Pictures of Fulton, Scribled on my table at Albany.” In overall very good to fine condition, with professional overall silking to both items. Accompanied by a clothbound presentation folder.

Cadwallader David Colden was a prominent politician and abolitionist (1769-1834) who served as the 54th Mayor of New York City and as both a state senator and congressman. A leading advocate of a national canal system, in 1825 he was commissioned by the Common Council of New York City, during the last days of the construction of the Erie Canal, to write a memoir for the ‘the Celebration of the Completion of the New York Canals.’ After his resignation from the senate, he moved to New Jersey and devoted much of his time to the completion of the Morris Canal. In 1817, two years after Fulton’s death, Colden published a remembrance in his honor entitled ‘The Life of Robert Fulton, by his friend Cadwallader D. Colden. Read before the Literary and Philosophical Society of New York. Comprising some account of the invention, progress, and establishment of steam-boats; of improvements in the construction and the navigation of canals, and other objects of public utility.’